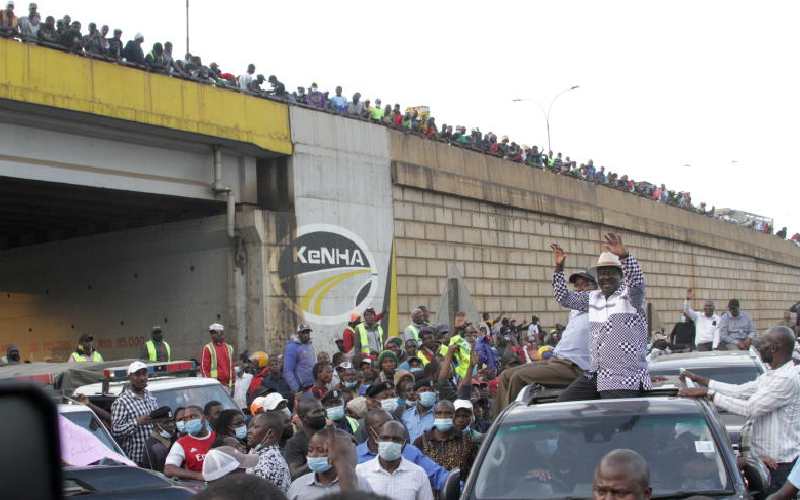 I have followed remarks that followed Mathira MP Rigathi Gachagua’s sentiments that DP William Ruto and by extension Kenya Kwanza Alliance’s running mate should come from Mt Kenya. This illusion however did not start with Gachagua and I guess his remarks gained traction principally because of his interest in the seat.

Even before Musalia Mudavadi and Moses Wetangula’s entry into Kenya Kwanza, murmurs about infighting within top allies of Ruto in Mt Kenya for the number two slot, were rife. I have also heard ‘mountaineers’ within the Azimio la Umoja also agitating for the running mate position even with backing from Raila’s backyard.

The people of the mountain must realise that Raila and Ruto’s brigades would dangle the deputy presidency carrot in exchange for votes that will take their man to State House. There is nothing essentially wrong with this, but residents of the mountain must pause and ask, ‘what’s in it for us?’

Just filling the number two position does not benefit Mt Kenya in any way, apart from someone from the area being associated with the presidency and trappings related to the office. Why then should leaders from the mountain and especially those in Ruto’s camp be so fixated on the number two slot?

Time and again, they have heard the DP claim that he has been short-changed within government and there’s nothing he can do about it. He has said his responsibilities have been taken away and handed over to ‘smaller’ mortals in government.

They have heard politicians telling Ruto that he has no special duties and that his only role is to act as the president’s principal assistant. Indeed, one CS referred to the DP as a mere clerk. So why be so obsessed with being a principal assistant without influence?

My take is some people are just interested in personal gratification through high sounding government positions. The discussion should be more about how the communities they represent will benefit from a Ruto, Mudavadi, Raila or Kalonzo presidency.

Leaders, according to my good friend Mzee Gitu wa Kahengeri, are selfless individuals who sacrifice for the good of their country and its people.

Unfortunately, today we have some leaders who are soulless and with insatiable appetite for money and power; people who will trample on anyone even in their nucleus family to achieve their desires. These are not the people the mountain region deserves and definitely Kenya should be wary of such leadership.

The writer comments on topical issues

Economic lessons for our leaders from Ukrainian-Russian conflict

While geographically Russia is largely in the Asian continent, its economic philosophy was oriented towards Europe when it suited its leader.

In a statement to newsrooms RBA’s chairperson, Victor Pratt announced that Mutuku who has worked with the parastatal for over 22 years will proceed on

By Kaboye Ngugi | 7 hours ago

Probe brutality against migrants in Morocco

By Patricia Kombo and Fredrick Odhiambo | 16 hours ago

Kenya shouldn't import pesticides that are banned in other countries
Feedback