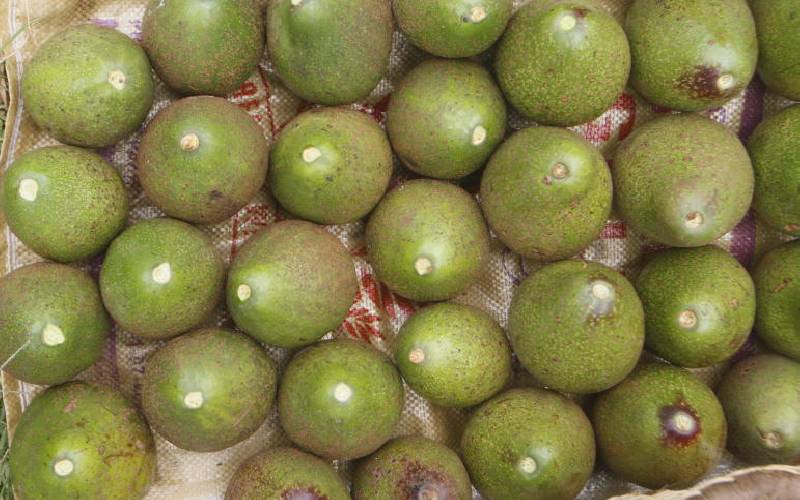 The deal signed last month allowing Kenya to export avocados to China has generated a heated debate owing to the stringent entry rules imposed by the Chinese government.

Some feel China may have signed the agreement half-heatedly only to blunt the criticism of the ballooning trade imbalance between the two countries hence the tough preconditions.

Others argue that the deal bears an uncanny resemblance to the wide-ranging requirements imposed by the European Union for Kenyan horticultural exporters to continue accessing the lucrative market.

Instead of sitting back and hoping that the stringent measures will be dropped, governors in the counties that produce Hass avocados should reach out to the Horticulture Crops Development Authority (HCDA) and Kenya Plant Health Inspectorate Service (Kephis) to work out ways of complying with the Chinese requirements.

Walking with the people

They include the setting up of machines and coolers for peeling and freezing of the fruit before it is exported.

Given the expected high returns that the fruits would fetch, the governors should hasten the allocation of funds for the procurement of the said equipment.

This should even call for the suspension of other non-essential projects.

Another alternative would be for the governors to approach banks for loans to finance the all-important venture.

Better yet, the governors could set up private companies once they secure the funds to process the avocados.

These firms’ managers would work under a governance structure that shields them from interference from any quarter, including the governors themselves. This may require the lenders to join the company’s supervisory board to guarantee the firms are run well and the loans are repaid.

The ownership structure of the processing companies would also provide exit procedures for the participating banks and the county governments at specified periods.

This would allow residents from non-avocado growing areas to acquire shares in the companies.

The advantage of the counties leading the initiative is that it would cut out some of the middlemen who are the bane of the agricultural sector.

Another Sh57b goes down the drain

By Alvin Mosioma | 10 days ago

By Patrick Muinde | 21 days ago