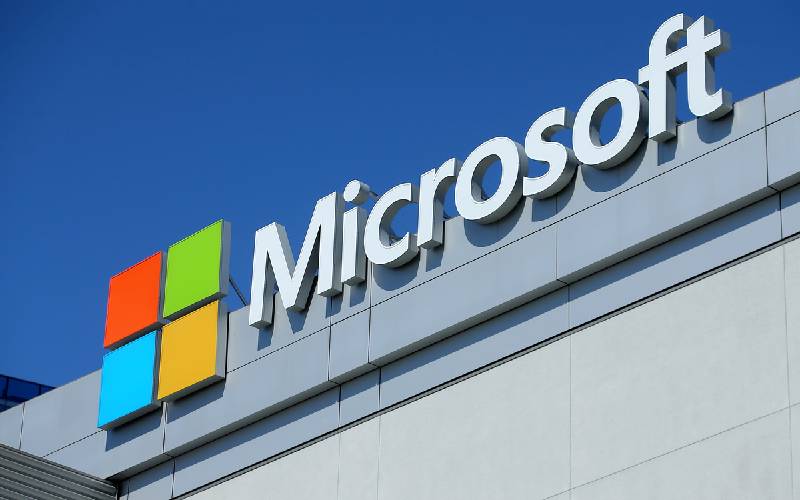 Last year was certainly a year of records as far as the Kenyan start-up scene, dubbed ‘Silicon Savannah’ is concerned.

According to the annual report by Partech Africa on the financing of African Startups, Kenya led the way on the continent attracting $348 Million in investment. This is a massive 136 per cent increase on the previous year, demonstrating clearly that Silicon Savannah is on the rise.

According to experts, Silicon Savannah is already a $1 billion tech superpower, and now this has been recognised by those truly in the know.

American Technology giants, the Microsoft Corporation, have just declared their master plan to put up a one-of-its-kind technology centre in Nairobi, Kenya. There are only six such centres across the world.

This is a massive show of faith and trust by one of the leading lights of Silicon Valley.

It is also not by chance that this agreement was made directly with the Kenyan government specifically President Uhuru Kenya who has led the process of investing time, money and resources into Kenya’s tech scene and repeatedly talked-up the importance of ICT’s as a way to boost development.

President Kenyatta has repeatedly said that ICTs are generating innovative and entrepreneurial potentials, giving a new sense of hope and optimism. His government has emphasized the critical role played by the private sector in driving the mobile revolution. What remains is for governments and policy makers in the region to put in place the right policies to encourage and sustain investments.

Moreover, the government has identified technologies as critical enablers and drivers of the economic blueprint, Vision 2030, and in the implementation of the Big 4 Agenda that focuses on enhancing manufacturing, food security and nutrition, universal Health Coverage and the development of affordable Housing.

To ensure that Silicon Savannah is reaching its potential, the government together with private sector players has taken some extraordinary steps. It has substantially increased the number of Kenyans with access to the Internet, which is massively important to give a hand to the many potential developers out there.

In 2014, according to the World Bank, 43 per cent of Kenyans had access to the Internet. Today, that number has doubled.

The Jubilee administration has been a major supporter of entrepreneurship, especially for women, who were sadly left behind as the hi-tech revolution swept through the country.

Furthermore, the Kenyan President has a reputation globally as someone you can do business with and his economic and investment reforms have ensured that during his first term in office, foreign investment rose from $300 million to $1.9 billion.

Finally, turning heads in our direction is Kenya’s economic growth. Analysts at Focus Economics forecast the country’s GDP will grow by an impressive 5.8  per cent this year, far stronger than the predicted economic growth for the US (2.7 per cent) and the leading economies in Europe – Germany (2.1 per cent), UK (1.2 per cent), France (1.8 per cent), Italy (1,2 per cent), and Spain (2.4 per cent).

Hi-tech giants the size of Microsoft would not make such an investment if all of these elements were not in place. The tech giant has many options around the world and many nations would bend over backwards for this type of opportunity, because it gives a stamp of approval from the highest levels of the industry.

As anyone who follows the tech industry knows, giants like Microsoft need to feel that they are in their natural environment. They need to be in a place that bleeds innovation and invention, and Kenya’s tech-savvy people certainly have that.

Above all, however, they see us as a people who embrace the future and understand ICTs, not as talking points given over by advisors, but as the engines for the future.

In word and deed, Kenya has embraced and nurtured Silicon Savannah and the country is reaping the benefits, in terms of foreign investment, in job creation and the applications which are helping our nation meet its challenges.

From connecting off-the-grid schools to the internet through solar-powered routers and tablets to turning electronic waste into affordable 3D printers that spit out artificial limbs, Kenyan companies are achieving the improbable.

KPC in the dark on cause of Makueni oil spill

The spill affected the Kiboko springs, a critical water source.

By Leah Nduati | 9 hours ago