The fuel shortage has continued to hit parts of North Rift and Western Kenya despite efforts by dealers and the regulator to stabilise supply.

The shortage of petroleum products has persisted the whole of this week. Initially, there were fears it could spread to other parts of the country.

The Energy and Petroleum Regulatory Authority had said it was working on ensuring normalcy, working with the Petroleum ministry and oil marketing companies.

It had said there are adequate stocks of petroleum products in the country.

Despite the assurances, pumps continue to run dry in the region critical in food production. The disruption is coming at a time when farmers have started planting.

In Iten, Elgeyo Marakwet, motorists were forced to look for fuel in Eldoret town, 34km away.

The two major fuel stations in the town were empty by Tuesday morning after receiving limited stock on Monday night.

Some motorists who ran out of fuel were forced to abandon their vehicles to look for it using jerricans.

Mr Hillary Kemboi, a driver with Trans Valley who operates on the Iten-Eldoret route, said fuel shortage in Iten town has slowed the ferrying of passengers to Eldoret.

“We currently rely on our colleagues who have already fuelled. We wait for them to bring the commodity using containers to our stage in Iten,” he said.

A spot-check in Eldoret fuelling stations found most stations had diesel but no petrol.

Few stations run by multinational oil companies in Eldoret town were full of motorists for the better part of Tuesday.

In Turkana, the transport sector was disrupted for the fourth day as the majority of fuel stations shut down due to shortage.

Towns like Kainuk, Lodwar, Kakuma and Lokichogio at the Kenya- South Sudan border have run out of fuel. A spot check by The Standard showed long queues of PSV vehicles, boda boda and trucks drivers at petrol stations in Lodwar.

“We have opted to increase the cost of transport from Sh50 to Sh200 per trip. We charge a uniform rate even if you are covering a small distance within the town,” Mr Ekai said.

Resident Prisca Aroo said cartels have infiltrated the fuel business in Lodwar, Kakuma and Kalokol. “Some businessmen have taken advantage of the situation and sell us fuel at Sh200 a litre. Some people now control the fuel black market,” she said.

Turkana Independent Petroleum Outlets secretary general Abdi Hajji, who also owns Sagal petrol station in Lodwar, said they are not ready to return to business until the government addresses the fuel price.

“We cannot buy and sell fuel at the same price. We are waiting for Epra to review fuel prices on April 15. The crisis is hitting hard,” Mr Hajji said.

In Kitale, some filling stations were selling petrol at Sh150 per litre against the recommend price of Sh135. Despite the hiked prices, consumers streamed in to buy the commodity because of the shortage.

“I opted to buy fuel despite its high price since I don’t want to queue for hours,” said Mr Eric Wamalwa, a rider in Kitale.

Timothy Wafula said he spent about two hours in line to get diesel for his tractor. Epra on Monday attributed the shortage to an “unprecedented logistical challenges”. The regulator said it is working on restoring normalcy. 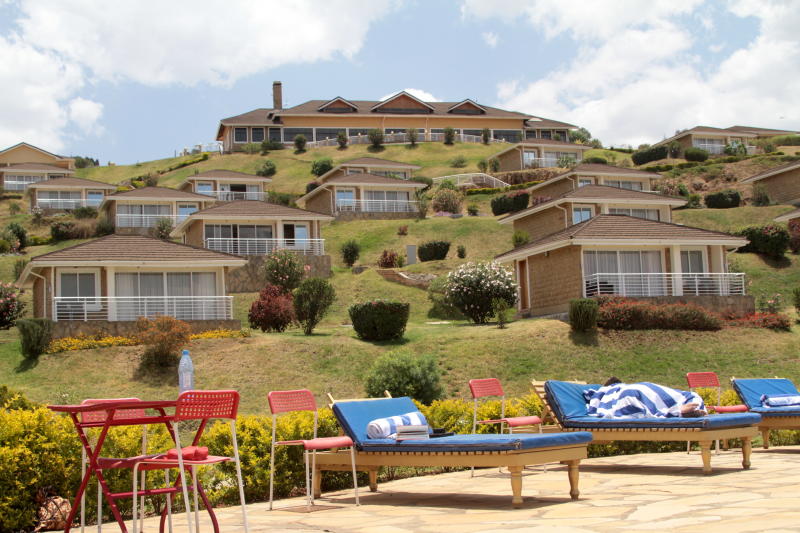