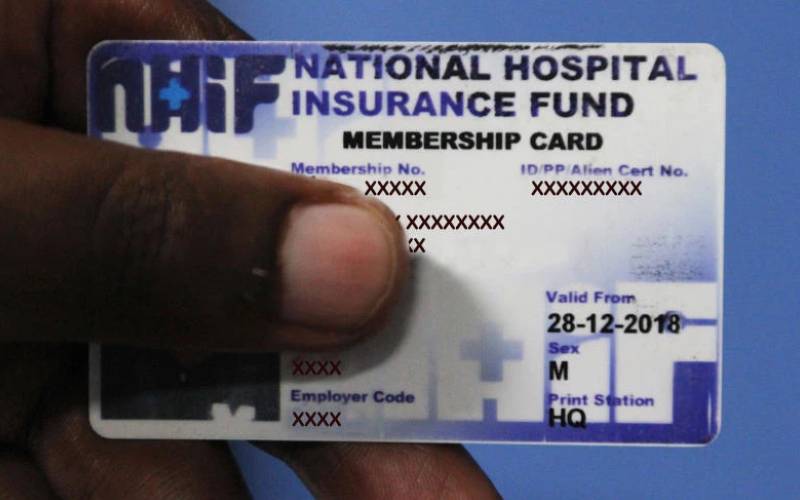 Insurers have warned that the National Health Insurance Fund (NHIF) Amendment Bill, 2021 in its current form will wreck the insurance industry and hurt the country’s private medical schemes.

The insurer’s lobby, the Association of Kenya Insurers (AKI­­) says the proposed changes would increase the cost of health care, labour expenses among employers and push medical insurers out of business.

One of the key concerns of insurers is a section stating that employers are required to match the amount they have remitted on behalf of the employees, with the Bill requiring contributions by all Kenyans aged over 18 - both in the formal and informal sectors.

It will see every adult Kenyan make an annual compulsory Sh6,000 contribution to the NHIF in the race to offer medical cover for all.

AKI Executive Director Tom Gichuhi warned that most employers would walk away from the private medical insurance schemes to cut costs of buying two covers for one employee.

Mr Gichuhi explained that Kenyans would be left exposed without a private medical cover, with the NHIF only being a primary provider offering low coverage limit.

“For example, a surgery costing Sh750,000 but NHIF can only pay a maximum of Sh150,000 will leave one with Sh600,000 to pay from their own pocket because an employer would not have bought the additional cover as they’ve already bought from NHIF,” he said.

He said insurers support the government’s aim to deepen Universal Health Care, but said this should be parallel to the private ones in line with global best practices.

Gichuhi says this sounds unfair since contributors make payments to the NHIF but when they have a claim, the Fund is not their first port of call. And in most instances, NHIF would end up not “paying a penny” owing to their low packages. “All claims which will be coming through will be taken up by the private insurers,” he said.

“I don’t know whether the intention of government is to run medical insurers out of town,” said Gachui. He noted that the costs of medical insurance would shoot up and reduce uptake. The proposals are also coming before NHIF reforms are fully implemented with multiple recommendations already having been made by experts.

Gichuhi rooted for the strengthening of governance issues at the Fund to protect contributions. NHIF has also resisted attempts at regulation by an independent body.

“The argument is that if employers don’t come in and match the employee contributions NHIF is going to collapse… if you have a container that has a hole in the bottom it doesn’t matter how much you put in it, it’ll continue leaking,” he said.