Minister shocked the nation that economy was in ‘ICU’ 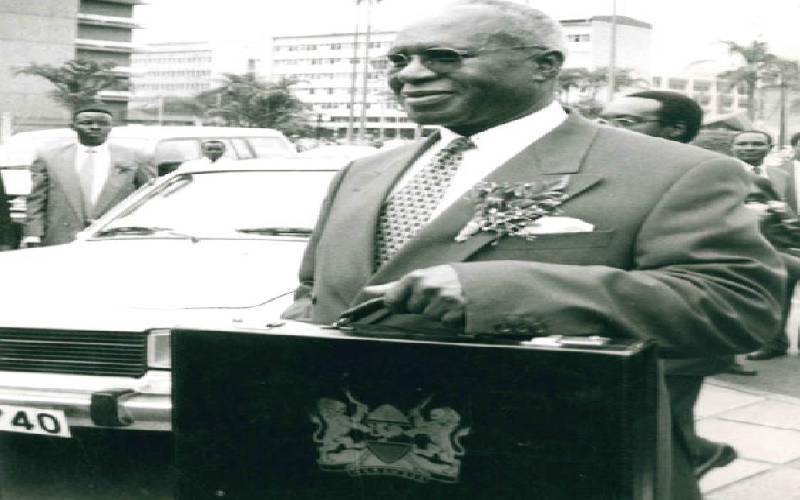 Simeon Nyachae served a short stint (1998-99) as Finance Minister but over the two years, he made startling revelations about the health of the economy, and issued radical proposals to cut luxury spending by government officials that proved unpopular among his Cabinet colleagues.

Nyachae was appointed Finance Minister in January 1998 and a few months into the job, and having assessed the country’s economy and government coffers, he shocked the nation with a rare admission that the economy was in Intensive Care Unit (ICU).

Speaking at an inter-parties caucus in Mombasa, he described the economy as ‘troubled,’ adding that it needed urgent fixing. At the meeting, Nyachae had spelt out measures to tame corruption which had been identified as one of the major causes of the country’s economic woes.

Among the issues that Nyachae noted were running down the economy was runaway corruption as well as an extravagance by government officials when spending taxpayers’ money.

Kenyans were then also grappling with high-interest rates, poor state of roads, electricity rationing, adverse weather conditions, and low investor confidence. The economy had grown at 2.6 per cent per year in the seven years to 1998. In 1998 specifically, the economy grew 1.5 per cent, from one per cent in 1997. The average income of Kenyans, Nyachae explained, had fallen from Sh21,000 per year in 1980 to Sh15,000 in 1998.

He was particularly concerned that pending bills had reached a high of Sh7 billion while noting that domestic debt had risen to unsustainable levels, leading to high-interest rates that were prohibitive to investments.

He made other proposals to tame extravagance and corruption but his move to reduce the number of cars in the entourages of ministers triggered resistance.

In his June 1998 Budget speech, Nyachae proposed that his Cabinet ministers and their assistants cut down on the number of vehicles they were using, hoping that this would play a part in resuscitating the economy.

Then, the number of ministers used to be upwards of 30, each with one or two assistant ministers, all of whom – as is the case today – drove top of the range vehicles bought and fuelled by the government.

Unlike today, the motorcades of Cabinet ministers were a spectacle, complete with several chase cars. Nyachae’s proposal was shot down.

Nyachae’s Budget had the theme of ‘fiscal restraint’ and a ‘balanced budget’, a general indication that the economy was doing badly and cuts on non-essential expenditure were necessary.

Nyachae was the Finance Minister at a time the country was undergoing strained relations with such institutions as the World Bank and the International Monetary Fund (IMF).

The minister, who had joined the Treasury from the Ministry of Agriculture, was in 1999 moved to the Ministry of Trade and Industry but quit after a fall-out with President Daniel arap Moi.

Kennedy Murage is one of the fishermen who work the night shift under a blanket of stars.

By Paul Kangethe | 2 hours ago