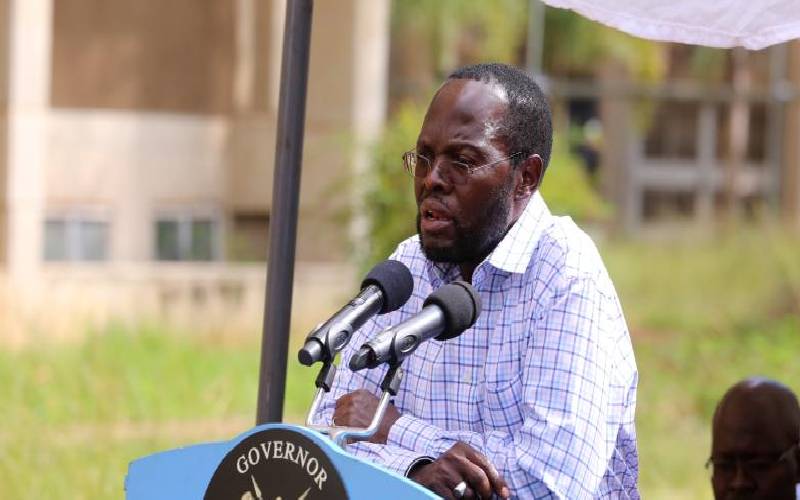 Contractors want an audit report on Sh2b pending bills in Kisumu County be made public.

Led by their Pending Bills Chair Maurice Aloo, they accused Governor Anyang' Nyong'o's (pictured) administration of ignoring their pleas to have their pending bills cleared.

The contractors claimed that they were to receive payment of Sh700 million between 2013 and June 2018 under former Governor Jack Ranguma and an additional Sh1.3 billion between July 2018 and June 30, 2020, which to date has not been honoured.

Further, they claim that in 2018, the county refused to pay their dues until an audit was done on their payment claims.

Health ministry in a spot over Sh40b pending bills

However, since the audit report was handed to the county government by the national government on December 16, last year, the contractors claim they have not seen it.

They accused the county of refusing to make the report public and deliberately buying time to avoid paying them what was due to them.

"We understand that when the report is made public, that is when the payment of our pending bills will be done. This has been blocked and every time we inquire about the report, we are told that they are still working on it and consulting with the governor," Aloo stated.

He noted that they have written more than six letters to the county, but are yet to get any response.

“We are reading malice in all these scenarios. Several of us have died. We can't see our members dying over something that can be solved even in court,” the contractors’ chairman Jared Nyagol said.

Nyagol noted that the contractors would move to court as soon as next month to seek recourse on the matter.

But Finance executive George Omondi dismissed claims by the contractors that the county had refused to pay their dues.

By Antony Gitonga | 16 minutes ago

By Moses Omusolo | 16 minutes ago