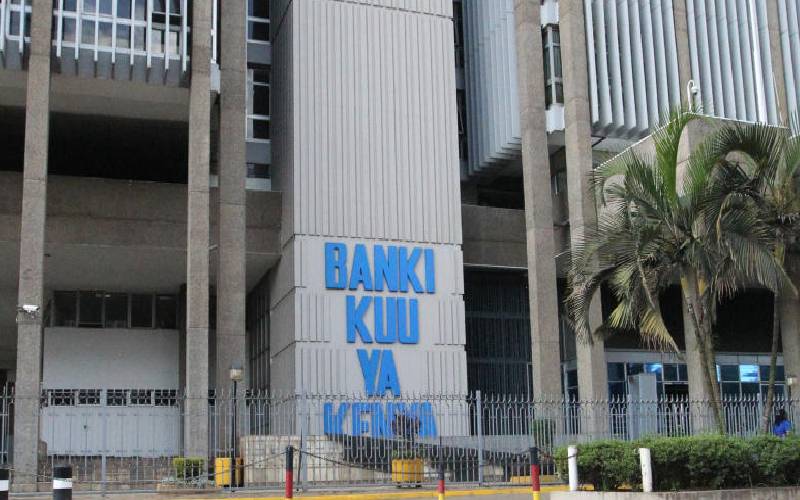 The Central Bank of Kenya (CBK) has directed that all borrowers who had been listed at credit reference bureaus (CRBs) for defaulting on Sh1,000 and below be delisted.

CBK introduced the additional measures on credit information sharing following the directive by President Uhuru Kenyatta to put in abeyance the listing of defaulters as the Government moves to cushion Kenyans from the adverse impact of the coronavirus pandemic.

The listing of borrowers whose loans were performing previously but have become non-performing from April 1, 2020 has already been suspended for a period of six months from April 8.

The new measures are a huge relief for thousands of Kenyans who had been listed for small amounts, some of which were accumulated ledger fees on their accounts that they did not even know about.

“First-time clearance certificates will be provided by CRBs at no charge. This is particularly beneficial to Kenyan youth and graduates who are seeking employment,” said CBK in a statement yesterday.

“These saccos will now submit borrowers’ information to CRBs and also receive credit reports directly from them,” CBK said.

CBK, which had initially raised concerns about the lack of regulations on credit lenders, yesterday withdrew the approvals granted to them as third-party credit information providers to CRBs, in effect leaving them as digital shylocks with little means of determining the credit-worthiness of borrowers.

“The withdrawal is in response to numerous public complaints over misuse of the CIS by the unregulated digital and credit-only lenders, and particularly their poor responsiveness to customer complaints,” said CBK, noting that they will no longer submit credit information on their borrowers to CRBs.

Some of the unregulated digital lenders include Tala, Branch and Okash.

He compared the ubiquitous mobile lending platforms to “your typical money laundering schemes” which, he said, posed a serious threat to the country’s financial health.

Exemptions and rate cuts given to companies do not have significant benefits to the country, says KRA report