Coronavirus: The impact is being felt in different sectors 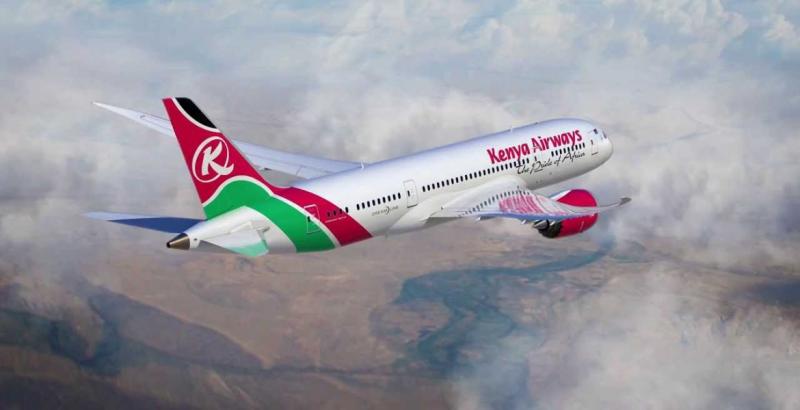 From tourism to merchandising, stock market to imports and exports, Kenya has started feeling the impact of the novel coronavirus.

Kenya stands to suffer major hits as the coronavirus pandemic persists. While no single case has been reported in Kenya, the country is already feeling the heat as countries affected are key to Kenya as sources of tourists and market for products such as flowers, fresh produce and tea. The countries have cut down on consumption as they battle the disease. China, which bears the biggest burden, is the single largest source of imports and Kenya is now running low on different goods that come from the Asian nation.

While it has brought gloom globally, slowing down of economic activity has resulted in reduced demand for crude oil has resulted in lower oil prices, which might mean cheaper fuel for Kenyans in the coming weeks.

The price of crude oil dropped drastically on Monday following disagreements between the Organisation of Petroleum Exporting Countries (OPEC) and Russia on whether to cut production. Reducing production was expected to cushion the oil-producing countries from the deep in prices following slow demand owing to the slow down in activity as the coronavirus takes toll.

Russia, however, did not agree to the plan and instead said it would increase production, incensing Saudi Arabia which also increased production. The result was that prices tanked and Monday alone experienced the biggest daily drop since the 1991 Gulf War.

If the low prices are sustained, Kenyans might benefit in a big way. Different industries, including manufacturing and transport are heavily dependent on petroleum, of which Kenya is a net importer.

The Nairobi Securities Exchange (NSE) continued to experience major selling due to coronavirus fright and a crash in global oil prices.

Market capitalisation, the total value of all stocks listed on the NSE, declined by Sh118 billion in yesterday’s trading to Sh2.28 trillion from Sh2.162 trillion on Wednesday.

Analysts said foreigners were dumping stocks in favour of bonds, gold, the dollar and the Yen as markets caught coronavirus fever. Ordinarily, investors would be buying in anticipation of a price rally occasioned by a rush by companies to beat a March 31 deadline to announce their results for the period to December 2019.

"The market is no-longer warming up to earning reports, instead we are seeing heavy selling," said Michael Mwakio, a trader at Suntra Investment Bank.

The NSE has exhibited a losing streak since the beginning of the month on fears the pandemic may force a stagnation on the world economy.

KCB, Safaricom, Absa (formerly Barclays) and Co-operative Bank among others faced heavy selling for the third week as investors sought shelter in asset classes that are considered safe such as Fixed income securities.

Billions of shillings that the tourism industry earns the country are at stake as most key source markets in Europe and Asia cut travel to Kenya.

The industry is already experiencing cancellations from guests who planned to travel, but have since changed their minds, fearing travel will expose them to the virus.

The Government has also taken measures to keep the disease at bay including suspension of all international conferences slated to take place in Nairobi over the next one month as well as suspending flights from North of Italy and China. Kenya Airways yesterday said it is suspending flights to Rome, Italy.

While acknowledging such measures will hit the industry, players, however, note that this is necessary. Mike Macharia, the chief executive of Kenya Association of Hotel Keepers and Caterers (KAHC) told The Standard that the sector will have opportunities to regroup and forge ways to recover the time lost.

"From a business point of view, it is going to slow down the economy. We have already seen a number of cancellations … but it is also a matter of public health concern. It is difficult to separate the two and say we are losing a lot of money and not think about the health of the people,” he said.

Tourism is a leading foreign exchange earner for Kenya. The sector's earnings reached Sh163.5 billion in 2019, according to data by the Kenya Tourism Board, from 2.05 million tourists who visited the country last year.

Tourism and Wildlife Cabinet Secretary Najib Balala said the ministry has set aside Sh500 million for post coronavirus recovery plan. The CS, who met with industry players yesterday, said the money would be used in marketing to restore confidence among visitors in the country as a destination.

Athletics Kenya yesterday said it would not clear Kenyan runners to participate in any international events.

This might mean that Kenyan athletes, including Eliud Kipchoge, might not participate in the London Marathon that is expected to take place in April 26.

"Following a directive from the Government of Kenya and due to the global outbreak of the COVID-19 virus, Athletics Kenya has suspended all clearance and travel to international events for athletes," Athletics Kenya said in a statement.

Last week, the Kenya Open Golf Championship was postponed to a later date, which followed the Government’s decision to postpone all international conferences at least for a month.

The disease has disrupted the world of sports in a major way, with some of the biggest sporting events being cancelled while in other instances teams are playing in empty stadiums.

The USA’s NBA and the Spanish football league La Liga have been suspended, the under 20 Barthés Trophy (rugby) has been postponed and so has the Singapore and Hong Kong legs of the World Rugby Sevens Series that were to take place in April were moved to October.

Kenyan exports are set to be affected as different carriers cancel flights to some countries, meaning that delicate products such as fresh produce and flowers might not get the fastest means to the market. Already, many have been left to wilt as airlines cancel flights with firms staring at huge losses.

The Kenya Flower Council this week reported several cancellations of flights with exporters left with produce that had been packaged and only awaiting loading onto cargo planes.

Countries that form some of the key markets for Kenyan flowers and fresh produce such as Italy, which has been on lock down, are restricting non-essential movements and meetings. Other European countries are replicating the move, with the Spanish government announcing yesterday that it would hold video conferencing facilities as opposed to physical meetings.

Kenya exports were valued at Sh541.4 billion in 2018, which is likely to drop if the situation persists.

Owners of small and medium enterprises that are heavily reliant on imported goods, especially retailers, are staring at empty shelves and in turn loss of business as stocks run out and they are unable to replenish.

The traders now note that the cost of importing goods from China has risen as factories in China remain closed. It is also taking longer between the time of placing orders and getting goods to Kenya, which is forcing some to look for alternative markets to source their products. China has been a choice source market for Kenyan imports due to low costs. Importing from other markets is likely to push up the cost of products.

Tonny Obare, a trade dealing in wallets and mobile phone accessories and sells them locally said it ordinarily takes take three to four weeks before the arrival of goods. "But when you order something from China now, it takes over two months,” says Obare, adding that he is considering importing from Dubai.

"Also in Dubai, things are a bit pricier, but they are a bit closer." About 21 per cent of Kenya’s total imports are sourced from China.

Kenya’s manufacturing sector is dependent on imports from China for their inputs and are likely to suffer as Chinese factories remain closed.

According to the Kenya Private Sector Alliance (KEPSA), about 82 per cent of manufacturers source their inputs or export to China thus they face direct risk of supply chain disruption. The industry also stands to lose investments. Manufacturers got Sh210 billion from different investors, a substantial chunk of which might be at risk if the pandemic persists.

Victims of coronavirus disease will not benefit from insurance cover after the World Health Organisation declared the infection a pandemic.

According to insurance industry experts, the contract terms of the cover excludes cases of pandemic from any insurance benefits.

"The insurer excludes claims arising or related or associated with epidemics/pandemics or unknown diseases,” said Godfrey Kiptum, the CEO of Insurance Regulatory Authority.

The WHO on Wednesday declared the coronavirus outbreak a pandemic. There are more than 118,000 cases, more than 4,000 deaths, the agency said, and the virus has spread to almost every continent with a human presence.

"It is factual that since the WHO has declared the COVID-19 a pandemic, the insurers will not be able to offer medical insurance cover for condition at this moment in time,” said Kiptum.

By Anthony Gitonga | 15 hours ago