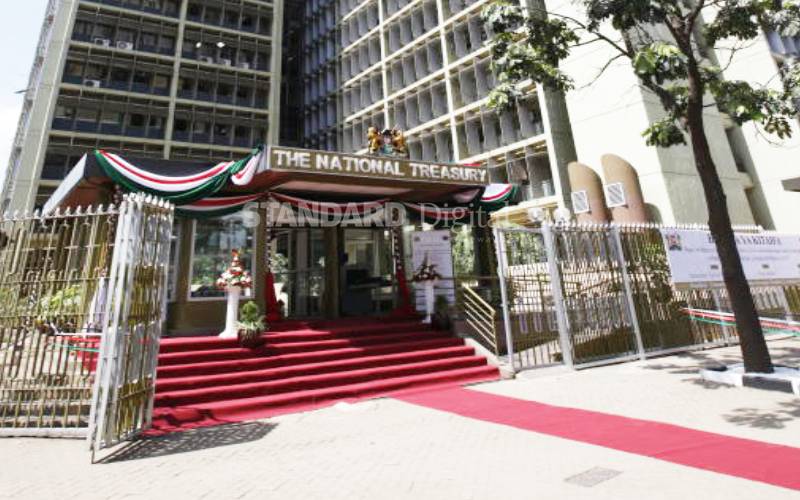 A week after MPs raised the country’s debt ceiling to Sh9 trillion, a Treasury debt plan shows that negotiations are under way to borrow up to Sh421.3 billion to fund various projects.

Majority of the funds will be borrowed from the African Development Bank (Sh94 billion) and China (Sh86 billion), according to the plan.

The money will go towards various projects such as infrastructure, energy and housing. Other monies will fund education, health and the environment.

The loans under negotiation, if approved, will further narrow the ceiling provided by Parliament amid growing concern over the Jubilee government’s appetite for debt.

With a debt portfolio of Sh5.8 trillion, the country had already exceeded the threshold allowable in law. Public debt is now expected to rise to Sh6.3 trillion by the end of the current fiscal year, according to a budget policy statement tabled in Parliament early this year.

Some of the loans in the Treasury schedule are for projects factored in the last budget, and whose implementation could hit a snag should the loans not be approved.

Among the loans the Government intends to pick is one for the completion of Thwake Dam (Sh26.8 billion) and another for phase three of the last-mile connectivity programme (Sh10 billion).

It is also borrowing towards affordable housing (Sh25 billion) and upgrading of the Kenol-Sagana-Marua road (Sh33 billion).

Most of the loans are on concessionary basis.

Treasury’s schedule as at September 30 indicates that some of the loans have been approved by the Attorney General while others are at different stages of negotiations.

But even as the Government prepares to add to its debt portfolio, opinion is divided on the country’s appetite for loans.

Economist Gerishon Ikiara yesterday said that borrowing is not necessarily bad as long as the money is deployed for the intended projects and its impact is felt by citizens.

He, however, warned against over-borrowing.

“Borrowing should not be regarded negatively as it has been portrayed. For any country to grow, it needs to borrow. However, there is need to guard against over-borrowing,” said Mr Ikiara.

“Raising the debt ceiling is also a good thing as some of the commercial loans that we took were very expensive. It now gives the government the leeway to borrow from other cheaper sources,” Ikiara added.

In his submission to the Committee on Delegated Legislation that considered the proposal to raise the debt ceiling, National Treasury Cabinet Secretary Ukur Yatani said the cap “would provide adequate borrowing space and allow the government access to multi-lateral institutions thereby facilitating investment in the public sector”.