Why your fuel bill has been on the rise lately, may keep rising 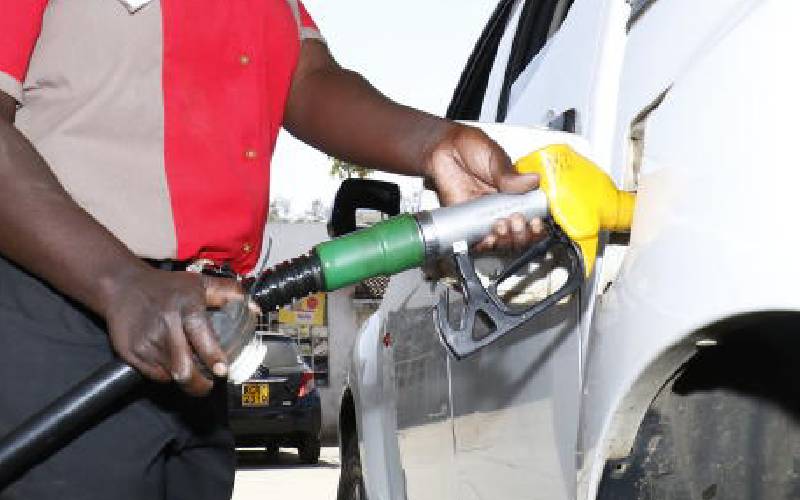 Punitive taxes on the petroleum sector and an obsolete fuel pricing formula are now coming into focus following the latest steep rise in pump prices.

There are also growing concerns that different government agencies have failed to take charge of factors that are within their control to keep the cost of fuel down.

And other than reviewing the monthly pricing formula to factor in recent developments such as an improved pipeline and storage system, sector players believe that the Government could do more in stabilising the shilling’s exchange rate against the dollar.

Also coming into focus are the numerous missed opportunities by the Government to cushion consumers from high petroleum costs such as the putting in place of strategic petroleum reserves.

Steps to reduce your firm’s power bill by half

The Government has also blown hot and cold on actualising the consolidated energy fund and the cheap cooking gas project.

Petroleum products, whose prices are regulated, have been on a steady increase since February this year, going up 12 per cent over the last three months to Sh112 per litre of petrol in Nairobi currently from Sh100.9 per litre in February.

This largely mirrors the movement in the cost of oil in the international markets.

The Consumers Federation of Kenya now says while international oil prices are largely not within Kenya’s control, there is an opportunity to bring down prices by re-looking the pricing formula and doing away with obsolete components.

This is especially following improvements in petroleum transportation and storage facilities.

Previously, oil marketers incurred huge pipeline and depot losses as well as fees charged by shipping lines for having to wait too long before discharging products (referred to as demurrage).

Consumer Federation of Kenya (Cofek) Secretary General Stephen Mutoro said in light of this, the country should also review the heavy taxation on petroleum products.

Taxes, including the recently added eight per cent Value Added Tax, account for 40 per cent of the retail cost of petrol or Sh45.59 of the Sh112.03 per litre Nairobi.

They account for 36 per cent of the pump price of diesel and kerosene.

“The increase in retail prices has little to do with crude oil prices, which is not within our control, but a lot to do with the taxes on petroleum products,” he said.

“We might be punitive on consumers, but it might not have the impact of bringing the revenues targeted because there are possibilities that if you increase prices, there could be a reduction in consumption.”

The flipside of the argument to review the pricing formula is that petroleum dealers too want it revised to give them higher margins.

The Kenya Association of Manufacturers (KAM) too noted that the authorities should focus on factors within their control such as stabilising the shilling.

The Energy and Petroleum Regulatory Authority (EPRA) in its latest price capping guide cited a weakening shilling as having played part in increasing local pump prices.

“Though the country may not have control on the crude oil prices, it would be prudent to ensure the stability of the exchange rate,” said KAM Chief Executive Phyllis Wakiaga.

Local industrialists now have to grapple with high production costs, noting that fuel hikes affect not just their transportation costs but also the production process.

Chairman Matatu Owners Association Simon Kimutai, however, said they had agreed to retain fares at the current levels and only consider increases in case of further increases in the retail price of fuel in the coming months.

“This will definitely impact the industry. However, we are not planning to raise fares, at least for now,” he said.

Globally, the cost of Brent Crude oil has been going up since the beginning of the year to the current Sh7 100 ($71) per barrel.

In two months, super petrol prices have increased by around Kshs. 10/-

Graft was also found to be rife in the small and medium-sized companies.

By Macharia Kamau and Wainaina Wambu | 1 hour ago