In pictures: KQ inaugural flight to New York takes off

The inaugural flight from Nairobi to New York will depart at 10.45 PM tonight.

Pemier flights to US from Africa include Cape Verde, Ghana and South Africa.

By 7.45pm in the evening, guests had started trickling in for the flight expected to have 234 passengers among them CNN journalist Richard Quest. Thirty passengers will fly Business Class.

The plane that leaves Nairobi at 10.45 PM tonight will touch down at the John F Kennedy International Airport in New York at 6.45 a.m tomorrow.

The return leg, a 14-hour flight will depart JFK Airport at 12:25pm on Monday and touch down in Nairobi at 10:25am on Tuesday.

President Uhuru Kenyatta is expected to flag it off in a ceremony marked with a police band and traditional dancers. 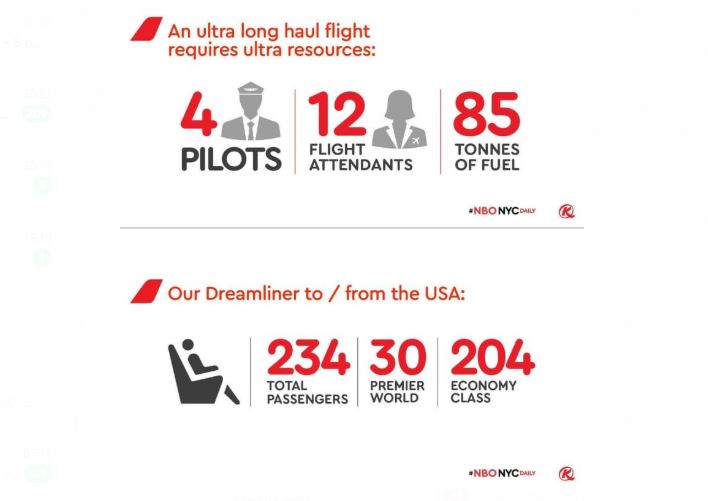 The plane will be steered by Captain Joseph Kinuthia and Eric Mbugua, assisted by Jobba Musa and Patrick Kipsambu.

12 flight attendants will cater for the passengers in the 15-hour flight to New York City.

Geoscintex, which was contracted to assembly three special fish cages, has been installing the gadgets in the ocean.