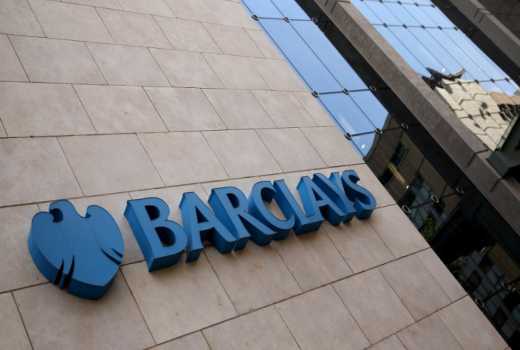 Barclays Africa Group, South Africa's second-biggest lender by market value, dropped KPMG as its joint auditor on Thursday, joining a host of local clients breaking ties with a company caught up in scandals.

The decision will test South African regulators' conviction that the big four auditing firms are key pillars of financial stability, and raises further questions about the survival of the local unit of the global accountancy business.

Barclays, one of KPMG's major financial customers, joins more than 10 other clients including the South African government and broker Sasfin in breaking ties with KPMG South Africa.

The auditor has struggled to retain clients since 2017 due to work done for a company owned by the Gupta family - who have been accused of using their links to former president Jacob Zuma to amass wealth - and more recently for small lender VBS Mutual Bank.

The Guptas and Zuma have denied any wrongdoing.

KPMG's own investigations found flaws in work it did for the Gupta family and the national tax agency. It has said it is cooperating with authorities and addressing its shortcomings.

The latest scandal, in which a top KPMG auditor failed to disclose a loan from a small bank he was auditing, was the last straw for Barclays Africa, whose board had proposed a month ago that KPMG be reappointed as its joint auditor along with EY at a shareholder meeting later this month.

"Subsequent to the release of our AGM notice, the board has carefully evaluated the on-going and more recent developments and decided that it is no longer able to support the reappointment of KPMG," the bank said in a statement.

KPMG South Africa said it was disappointed by, but accepted, the decision.

Barclays Africa said it would start the process of appointing a second auditor from the beginning of next month, when KPMG completes work on its 2017 financial statements.

But that appointment will have to be approved by the South African Reserve Bank, which has been keen to keep KPMG as an auditor for the country's big four banks.

Central bank spokesman Jabulani Sikhakhane did not immediately respond to a request for comment.

To stop the relationships from getting too cosy, they have to rotate auditors every five years. Remove one firm from the pool and the system grinds to a halt.

KPMG is also a joint auditor for Standard Bank and Nedbank, both of which considered ditching KPMG as auditor last year.

Standard Bank said it would assess recent negative media statements about KPMG, while Nedbank did not immediately respond to requests for comment.

Want endless bloom? A cut flower garden’s all you need

?A well-planned cut flower garden will fill your backyard with endless bloom and supply your vases and flower arrangements for months on end.