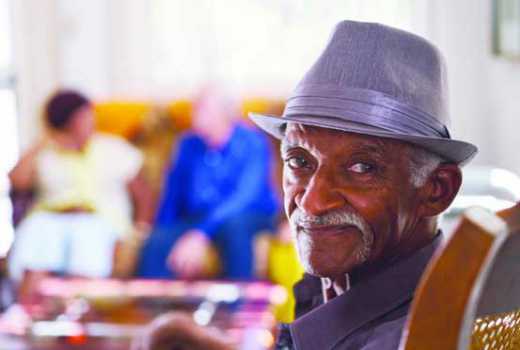 NAIROBI, KENYA: Citizens aged 70 and above are set to receive their first cash transfer payments in March.

A total of 566,000 elderly people had applied to be included in the cash transfer plan, although the final figures will be released after a Government scrutiny to ensure that only eligible needy and most vulnerable benefit.

The beneficiaries will also include more than 310,000 who have been under the same programme, which covered needy and vulnerable older people aged above 65.

Each beneficiary receives Sh2,000 a month, coming to Sh4,000 per payment because the Ministry of Labour releases the funds every two months.

In December, Sh1.1 billion was paid out to the current beneficiaries under the three cash transfer programmes, meaning the amount will be much higher in March, when more numbers are enrolled in the enhanced Older Persons Cash Transfer plan.

The programme was a key election campaign promise by the Jubilee administration last year.

Ms Mochache said the Government would pay the November and December cycle of payments for the three cash transfer programmes this month.

This will open the door for the March payments that will cover the January and February cycle for all eligible beneficiaries, including those aged 70 and above.

“The programmes seek to cover the very poor and extremely vulnerable people in the country to cushion them from sinking further into poverty,” she said.

The PS said some applicants under the older persons programme were receiving pensions, which meant they could not be compared to those without any livelihood.

It is understood that those who qualify for the funds are extremely poor and vulnerable, and have met the eligibility criteria of being more than 70 years old.

In the January-February payment cycle, the Government expects to spend approximately Sh2 billion on those who are newly enrolled and aged 70 and above.

Currently, Mochache said, the ministry was in the process of procuring multiple service providers to give beneficiaries a wide range of choices through which to have access to the payments.

During vetting, applicants will have to go through a community validation exercise before the first payment cycle in March to ensure that only extremely poor and needy senior citizens receive the stipend.

“We know the Government is doing a good job with the cash transfer programme but we need to do more as the Sh2,000 monthly stipend provided is a drop in the ocean,” he said.

According to the State Department of Social Protection, Sh7.3 billion was spent on the elderly as stipend in all counties in the last financial year alone. The money was spent on 310,000 beneficiaries.

In total, the Government has spent Sh25.7 billion on the programme since it was introduced in 2008, initially with only 200 beneficiaries.

State estimates show the number of old people in Kenya will rise to 2.2 million in 2020, just 10 years to the goal of achieving a middle-class economy under Vision 2030.

Bitcoin is a bubble, avoid it, warns Central Bank of Kenya

If investing in Bitcoin is among your plans, Central Bank of Kenya (CBK) wants you to know you may lose all your money.

By Standard Correspondent | 2 hours ago

By Standard Correspondent | 2 hours ago