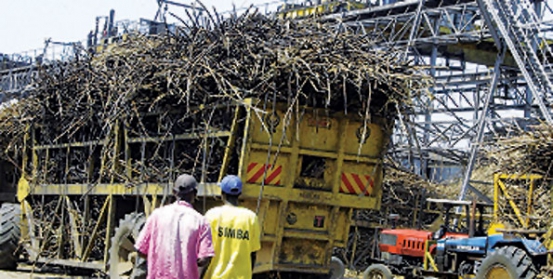 West Kenya Sugar Company has been denied a second milling factory in Busia County. The orders could complicate fortunes for the biggest privately-owned sugar manufacturer in the lucrative business where government-backed millers are struggling, ironically.

In a letter seen by Weekend Business, outgoing interim sugar directorate boss Rosemary Mkok has told the company to stop the construction of the milling plant whose budget is estimated at Sh4 billion. “In the circumstance, you are by this letter directed to cease forthwith any further progress on the project,” Ms Mkok’s letter to the company says.

She said the company had already made some progress in the construction of the supposed factory in Busia, but had not sought clearance from the Agriculture, Fisheries and Food Authority - the regulator. Stoppage of the project might have significant implications for the sugarcane farmers whose produce will continue to be shipped over longer distances to the existing millers.

'Her left hand lay beside her, the other had been chopped to pieces'

“The directorate has not at any time received an application for construction of a sugar milling plant at the subject location from West Kenya or any other party, neither are we aware of any approvals by NEMA that may have authorised the site given the environmental infrastructure involved,” Mkok, whose term ended in early June, adds.

She said the company should not feign ignorance on the requirements before putting up a plant because it was ‘within your knowledge as an existing player in the industry’. NEMA is the regulatory authority on environmental issues, and would typically vet the impact any construction project would have.

The company has not confirmed whether its application for NEMA clearance lodged in 2013 had been approved, as the spokesman could not be reached on phone. West Kenya Sugar Company Managing Director Tejveer Rai in the application for environmental approval said the development was actually initiated by farmers who felt they were being exploited by other millers.

Unnamed millers in the region, he claimed, were buying off sugarcane at poor prices. “The proposed project was prompted by farmers to get value for their sugarcane, since their (sic) has been some millers who have been taking advantage of monopoly thus exploiting the farmers of Busia County and also their was need to expand in production of sugar so as to utilise the available raw materials without waste being incurred and at the same time help create market for the produce from the local area farmers,” the firm wrote to NEMA.

Financial projections put the project cost at $40.38 million, equivalent to about Sh4 billion using the current exchange rate, according to the proposal. Kenya is a net sugar importer in a shortage that has made milling a very lucrative venture. Through the now suspended project, West Kenya would be the first company to have multiple factories.

But the company is not nearly new to controversy, after engaging in an age-old war with its neighbour Butali Sugar. In one of the latest incidents, the company sought the intervention of the High Court to have Butali closed down. Mr Rai filed a petition in December last year in the Kakamega High Court through their lawyer Kibe Mungai, claiming that Butali Sugar was operating without a manufacturing licence contrary to the provisions of the Crops Act 2013. Now the same fate may have befell the petitioner, at least according to the stop orders issued by Ms Mkok.

Kenya moves up income ranks as South Sudan falls back

The World Bank has upgraded Bangladesh, Kenya, Myanmar, and Tajikistan to its lower middle income classification from least developed countries (LDCs) while South Sudan has fallen back into the low-income group.

By Macharia Kamau and Wainaina Wambu | 8 hours ago