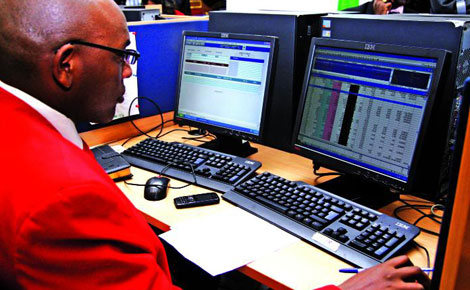 Nairobi, Kenya: The Government is seeking to raise Sh15 billion from the local debt market to fund key infrastructure projects as part of efforts to stimulate economic activities and lift the economy to a higher growth path.

The economy, which graduated to a lower middle-income status under the revised method of calculating gross domestic product (GDP) is reeling from the effects of both domestic and external shocks.

These include, among others, high cost of living, weakening shilling’s exchange rate, heavy taxation of its exports in Europe following the collapse of negotiations on Economic Partnership Agreements (EPAs), insecurity and the uncertainty surrounding the economic recovery of the Eurozone.

The proceeds of the infrastructure bond whose sale started on Wednesday (October 8 2014) will be used for partial funding of infrastructure projects in the transport sector (Sh20.21 billion), Energy (Sh3.87 billion) and water (Sh10.91 billion).

The Jubilee Government through its fiscal agent, Central Bank of Kenya (CBK), is also offering an opportunity for investors to invest as low as Sh100,000 in the 12-year bond that guarantees a return of 11 per cent payable after every six months.

The bond will be listed on the Nairobi Securities Exchange (NSE), with secondary trading in multiples of Sh50,000 set to commence on October 28, 2014.

“The bond will be tax-free as is the case for all infrastructure bonds, as provided under the Income Tax Act,” according to the issue prospectus posted on the CBK’s website. The bond sale closes on October 21,2014.

The NSE has so far made arrangements to ensure investors who sell their Treasury Bonds receive their pay on the same day. Initially, the settlement cycle for Fixed Income Securities as per the NSE Trading rules was T+3, meaning investors could get their cash three days after the completion of the sell-purchase transaction.

This is part of efforts by the bourse to boost liquidity in the bond market that has been tipped to be a key driver of the Government’s long-term development blueprint, Vision 2030.

The bourse has put in place a secure interface, which is now able to relay the traded position executed via the Automated Trading System (ATS) to the settlement agent — Central Bank— in three intervals within the daily trading sessions.

This development has enabled the market to achieve a settlement cycle, which ranges from T+3 to T+0.

T+0, commonly referred to as day trading, means that an investor can purchase a Treasury Bond in the morning and trade the same bond in the same day.

It is argued that the bond market is a reliable platform for the Government to raise funds through issuance of Treasury Bills, Bonds and Infrastructure Bonds. This year alone the Government has raised Sh64.07 billion through Treasury Bonds.

The local debt market is expected to play a key role in mobilisation of domestic resources to finance flagship projects identified in the country’s Vision 2030.

To increase liquidity in secondary trading of both Government and corporate bonds, the Capital Markets Authority (CMA) has proposed to facilitate trading of all listed fixed income securities -- both on and off approved securities exchange.

CMA expects the proposed trading model to have a trigger effect that would increase issuance of more debt securities to tap into long-term capital for development.

You have landed your dream career and are now settling down, mastering the art of work. As a norm with most companies, you have to adhere to the organisation’s rules and policies.