Deputy president Rigathi Gachagua has warned journalists against disseminating what he says is disinformation.

Gachagua, who was speaking during an interview on Citizen TV on Sunday, October 2, accused journalists of constantly misrepresenting his sentiments.

The Deputy President said he had received negative media coverage since he was unveiled as Kenya Kwanza's running mate in May 2022.

"The media has been misreporting what I say since the campaign period. It was only during the deputy presidential debate with Azimio la Umoja running mate Martha Karua that Kenyans understood my message," said Gachagua.

He added; "I'm appealing to journalists to leave me alone. When I say something, listen keenly."

Quoting a recent incident, Gachagua insisted that the media had misquoted him on remarks he made in Baringo county about the shamba system.

The Deputy President explained that the government would work with farmers to plant and nurture trees as they tend to their crops in the forest reserves.

"The government wants to increase the number of trees in forests across the country. There are places in forest reserves that do not have trees, those are the areas in which I said we would work hand in hand with farmers because we do not have money to pay people to plant the trees.

"Farmers will be given tree seedlings so that they can help plant the trees while at the same time planting their crops. When the trees grow, then they will leave then," Gachagua said.

The Deputy President distanced himself from claims that the government would take farmers to plant crops in the forests.

Further, the Deputy President accused the media of being coerced by the previous region led by President Uhuru Kenyatta to frustrate and malign his name.

"Despite winning the election, they [journalists] are still misreporting facts," he added. 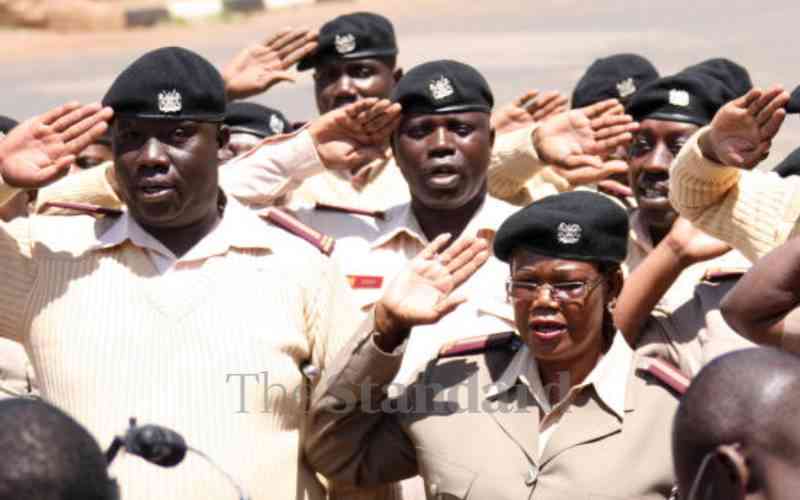 By Biketi Kikechi 13 hours ago
National
Premium Can return of feared chiefs stop bandits in the North?