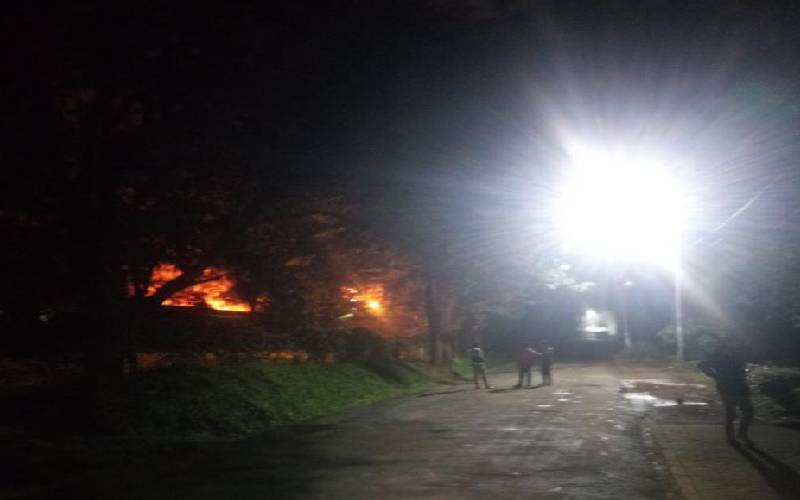 Police have arrested the main suspect in connection with the killing of a University of Nairobi student identified as Elisha Otieno Odeng alias Ras.

According to a statement issued on Wednesday, by the Directorate of Criminal Investigations (DCI), the suspect was arrested on the same day over the murder.

The suspect Spencer Kipkorir Kosgey, a Lavington Security guard and a supervisor, is suspected to have been involved in beating the student to death.

Odeng died last week from injuries after he was allegedly beaten by the guards manning the institution's hostels.

‘’The deceased succumbed to injuries allegedly inflicted by Lavington Security guards led by their supervisor at the University of Nairobi main campus on the evening of Wednesday 4th March 2020,’’ read part of the statement.

The killing of the student led to protests by students demanding justice for their colleague.

One of the student leaders identified as Samuel Ayoma claimed that Odeng was beaten by guards who later abandoned him at the Central Park.

“The guards claim the student was a goon, yet we know him as a fellow comrade,’’ said Ayoma.

The students said that the brutality by the security guards at the institution was a common occurrence.

Odeng's killing was the second death of a University student in the past one week.

On March 8, a student at the Meru National Polytechnic was murdered and his body dumped in a ditch.

The incident sparked protests by the students and the institution has since been closed indefinitely.