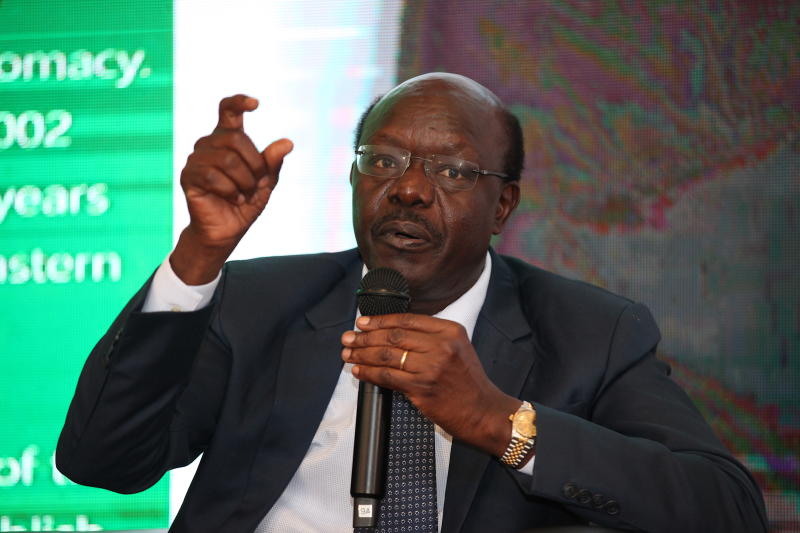 The race to find a successor for Mukhisa Kituyi (pictured) at the top United Nations trade body has kicked off.

Kituyi last week announced his resignation as the United Nations Conference on Trade and Development (UNCTAD) with effect from February 15, 2021.

He is expected to launch a 2022 presidential bid after recently declaring his interest for Kenya’s top seat.  Kituyi is a former two-time Kimilili MP who also served as Trade Minister in ex-President Mwai Kibaki’s administration between 2002 and 2007.

What awaits Kituyi as he bids for presidency

Kituyi’s tenure at UNCTAD is credited with advanced work on trade, investment, finance and technology, offering solutions to the major challenges facing developing countries, particularly the poorest and most vulnerable nations.

“The Secretary-General is grateful for Mr Kituyi’s service and his commitment for the remainder of his term to the functions entrusted to him as an international civil servant of the United Nations,” said a statement from UNCTAD to newsrooms.

Kituyi has headed UNCTAD since 2013 and was re-appointed in 2017 after serving an initial four-year term.

Affected employees, presently on permanent, pensionable terms, will be on five-year contract, are also required to sign performance contract annually.

By Richard Magoma | 17 hours ago