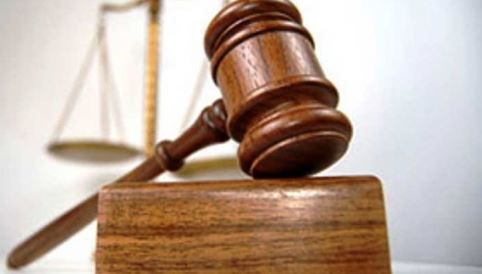 A Busia court has dismissed a case where 60 residents had sued Coca Cola Company demanding compensation for allegedly taking a contaminated soda.

High Court Judge Kiarie Waweru, while dismissing the case observed that none of the complainants proved the claims.

According to Justice Kiarie, none of the bottles of the soda the complainants claimed had foreign matter was presented to an independent body for analysis and therefore there was no proof of contamination.

“The plaintiffs, in this case, did not ensure that the evidence, the bottles, and the contents were secured and the same submitted for analysis. They also did not prove that there was contamination,” read the judgment in part.
Zablon Barasa, Richard Bwire, and Stephen Serulo had sued Coca-Cola Company as first defendant, Coca-Cola Central, East, and West Africa Limited second defendant, and Equator Bottlers as the third defendant on behalf of 57 other complainants that they drank the soft drinks in between 2011 and 2014.

The plaintiffs wanted the court to award each one of them Sh750,000 in general damages for allegedly suffering abdominal pains, vomiting, general body malaise, and passage of loose stools.

However, their quest was shattered on Wednesday by Justice Kiarie in a 10-page ruling.

“It is clear that none of the plaintiffs has proved his or her claim on a balance of probabilities. Had they proved their claims then it is also clear from the evidence or record that it is the third defendant who ought to have been liable,” read the judgment.

“The role of the first and second defendants is clear, it is the facilitation of the third defendant’s production of the beverages. Having said so, each claim by each plaintiff is dismissed with costs,” Kiarie’s judgment read.

Justice Kiarie said the statement of the first plaintiff Stephen Serulo had no probative value since the medical report he presented to the court was dated February 22, 2016, while he claimed to have taken the soda on 21st December 2013 and sought medication three days later on 24th December.

The lawyer for the complainant Justice Vitalis Juma said they will appeal Justice Kiarie's ruling.