When the gated lifestyle dream collapses

Many developers promise prospective buyers ‘great lifestyle’ when marketing their yet-to-be developed housing estates. But as buyers in some of these estates quickly realise, not all that glitters is gold, writes KEVIN OGUOKO

On a drizzling Tuesday morning a fortnight ago, Sherry woke up to the sight of flooding water in her three-bedroom bungalow house. That would have been normal if it were just rainwater, but this was sewage. She had forgotten to open up the manhole at the back of her house so that the sewage could run through her garden instead of running into her house, as is the norm whenever it rains.

She normally opens up the manhole to prevent sewage water from the on-site treatment plant in her gated community, Green Park Estate in Athi River, from overflowing through her bathroom openings and into her house.

“This is disgusting and embarrassing. I don’t think anyone who has bought a house for millions of shillings should have to go through this. It has been going on for years now. I couldn’t even invite my friends over when I first moved in. How would you explain to someone that the house you have just bought has foul smelling sewage coming through it, where your husband and your children eat and sleep?” she asks.

Two of Sherry’s immediate neighbours share her agony. Their houses are at the lowest part of the development and the overflowing sewage from the on-site treatment plant finds its way into their houses when it rains.

When it first happened, residents say the developer promised it wouldn’t happen again. He put up a generator that would stop the flowing of the sewage back to the homes, but for some reason, it never seems to be working whenever it rains, according to Sherry.

Welcome to the living nightmare of some gated community residents in Kenya. The sewage problem Sherry experienced during the first three months is just one of the many problems she confesses she has had to deal with.

She says houses bought off-plan with all the flashy brochures and fancy ‘you are buying into a lifestyle’ mantra; do not necessarily provide exactly what they promise in the final output.

She jokes that one should learn a couple of surviving skills before moving into some of these houses. “I used to have repairmen coming in and out of my house for the better part of the year when I moved in. If it wasn’t an electrical problem it was a crack on the wall or replacing the showerheads. This is not the ‘lifestyle’ I bought into,” she says.

The Kenya Alliance of Residents Association (Kara) receives a minimum of 30 complaints in a day from homeowners all over Kenya. “The main complaints are about change of user for properties — from residential to commercial — land grabbing of open spaces, uncontrolled developments and fraudulent issuance of Environmental Impact Assessment (EIA) licences,” says Henry Ochieng’, the Programmes Director at Kara.

Sherry would never have gone through the experience had the developer followed due procedure and constructed a sewer line connecting to the Mavoko Sewerage and Water Company main trunk sewer as required by the National Environment Management Authority (Nema) licence the development received.

The connection would have to be at the developer’s cost.

The developer went ahead and built an onsite sewer treatment plant, which was never authorised by Nema.

The developer had only been advised by Nema to carry out an EIA before going on with the construction following his application for a variation.

Ian Henderson, Managing Director of Superior Homes, developer of the estate, however, excuses his development company’s actions as a simple ‘oversight’ and he is in the process of connecting the estate to the trunk sewer. The process started in August last year and he has already got the necessary approvals from the concerned government departments following a Nema directive and warning.

A letter to Nema Director General Prof Geoffrey Wahungu by Eric Aligula, the Chairperson of the Green Park Estate Residents Association, reads in part: “We paid for homes connected to the truck sewer and NOT a bio box facility. A second one is the process of development. Incidentally, these bio box facilities are in operation even after approval for their development was denied…”

The residents’ major concern is that the time period set is fast running out and there is still no visible work on the ground.

The development also included provision for two nursery schools and a primary school. Accordingto Aligula, the construction of one nursery school was only done after ‘a noisy action of the homeowners’ for it to be built, according to Aligula. The rest are yet to be completed.

“From a commercial point of view, it makes sense for us to have the demand before we construct the said infrastructure. The primary school will be complete come September this year. Besides, the contract says the infrastructure is due when the estate is 100 per cent occupied,” Henderson says.

The residents’ claim dissatisfaction with the poor finishing and cracks on the walls.

On his part, the developer insists that he is running a business and homeowners should discuss solutions and move on “without sideshows”. He accuses Aligula of not even being the legitimate head of the residents association and self-appointed himself in collusion with a given faction of homeowners in the estate.

Kenya Private Developers Association (KPDA) CEO, Robyn Emerson, says there should be a consultative process to deal with issues raised in residential developments. “While it is a business, developers should try as much as possible to be professional in their undertaking to meet their clients’ expectations. This is only be possible through effective communication,” says Emerson.

One of the issues Emerson and her team are currently dealing with is over-regulation and the high construction costs. One of her concerns is whether funds lodged with the relevant authorities are in fact reciprocal to the quality of services developers and residents receive.

Many of the issues raised in building projects fall within the County Government and Nema dockets. But the inability of the two government offices to deal with the issues is raising concern.

Green Park is, however, not the only development with some dissatisfied residents. Big developments such as Brightwood Apartments, Phenom Park in Lang’ata and Akila Estate on Mbagathi Way are some of the estates where residents have held arbitration talks with their respective developers at Kara offices.

“Ninety per cent of the complaints we receive fall within the docket of the two institutions (Nema and County Governments) and they are hardly effective in providing solutions to the complaints,” says Ochieng.

He adds: “Nema has serious financial and human resource capacity challenges and is thus unable to execute its mandate effectively. There are also credibility questions around the process of issuance of the EIA licences that have resulted in numerous complaints. The County Governments, on the other hand, have failed to give value for the taxes they collect from the public and the turnaround time in addressing some of the complaints brought to their attention is wanting.”

Ochieng warns that purchase of a house is a contractual issue and it is important for buyers to take their time and understand the content of the contract before signing.

Many property buyers are usually in a hurry to seal the deal and overlook the fine print of the contract, only to realise later that they have been duped.

“If a given structure in a housing development is yet to be completed but in the contract it is indicated as having been provided, then you should sign a separate contingent contract with the developer committing them to be obligated to finish the said structure by a certain date,” says Ochieng.

As long as there are monetary benefits involved, even reputable developers will be tempted to take the short route to profits. In Kenya, some unscrupulous developers deliberately mislead property buyers to bank millions of shillings with them without following due process.

As a remedy, Kara advocates for involvement of professionals like lawyers and architects before signing a sales agreement.

Some of the things to look out for include background check of the property before signing an agreement. This include the validity of the title to the land on which the property is built, whether an EIA licence was procedurally issued and whether the conditions in the licence have been complied with.

The buyer should also conduct a thorough inspection of the house – preferably with the help of a professional (structural engineer/architect) – to ensure that the workmanship is of high quality and the property will provide value for money.

According to Ochieng, in the case of an estate, buyers are encouraged to come together and form an association immediately after purchase, to safeguard their interests and ensure effective engagement with the developer and/or the government.

To cater for their members (residents) in future, Kara is working on a Resident Associations Bill that will ensure that organised communities (with functional residents associations) are able to enjoy certain rights that will make them more effective.

Kara is also trying to help residents through a memorandum of understanding it has with Nema and county governments to effectively and fairly address some of the residential issues raised by its members regularly. 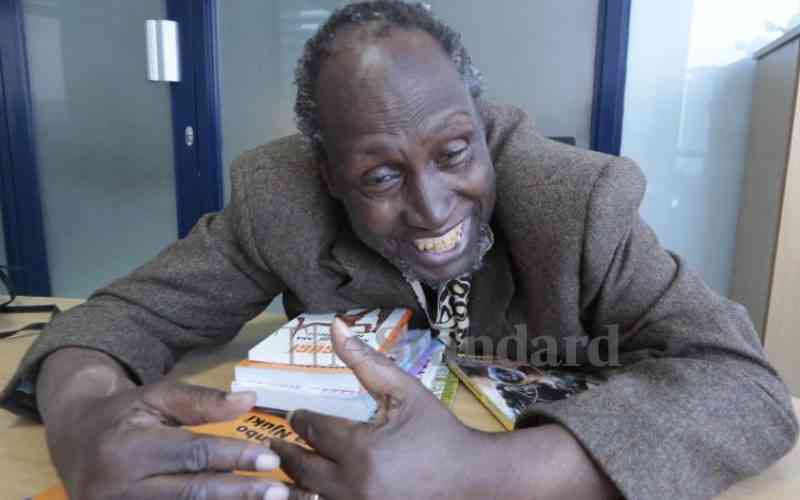 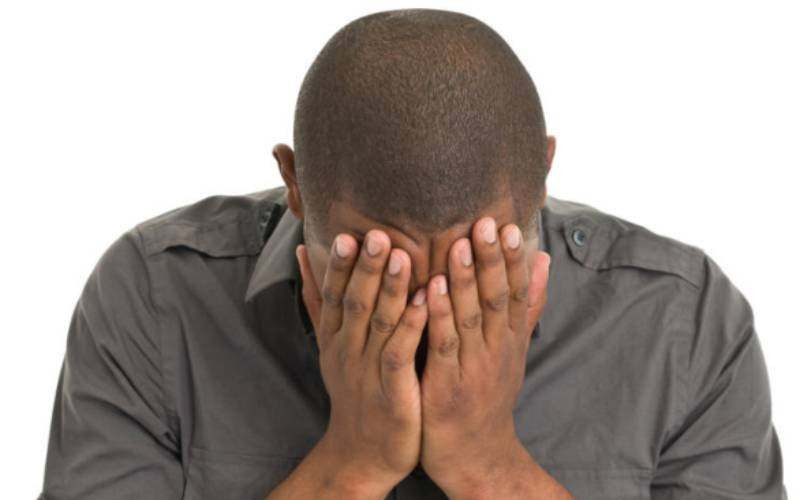 By Winfrey Owino 16 days ago
Lifestyle
My campus girlfriend has a 'mubaba', should I leave her? 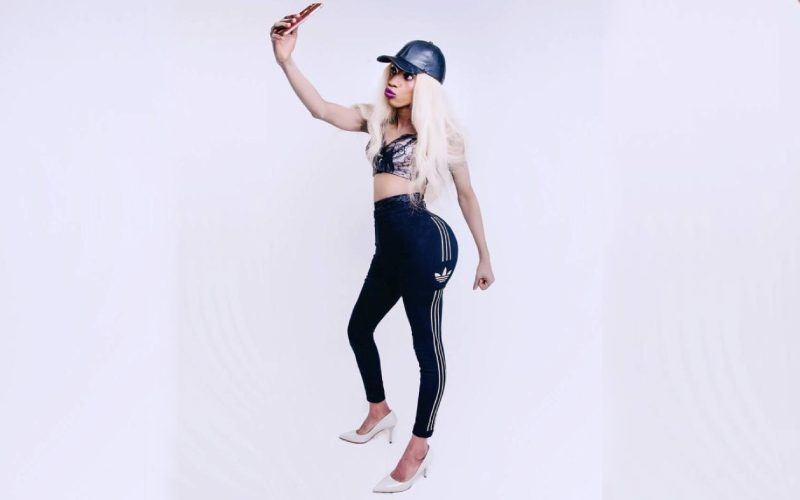 By Fay Ngina 17 days ago
Lifestyle
Premium Cross-dressing: Is it a lifestyle or strategy of gaining fame, money?
.

Premium
Why women fail to win big business contracts
Enterprise
By Graham Kajilwa
1 hour ago
Premium Why Ruto's honeymoon is over before it actually begins
Business
By Dominic Omondi
1 hour ago
Premium John Ngumi: The blue-eyed boy of State corporations
Financial Standard
By Macharia Kamau
11 hours ago
Home remedies to get rid of dark knuckles
Skin Care
By Esther Muchene
13 hours ago
Premium With polls done, you can as well kiss State subsidies goodbye
Financial Standard
By Macharia Kamau
19 hours ago
.