How hotels are changing to accommodate millennial lifestyle

Millennials. These are the new cash kings and queens in town, but who will bombard you with tonnes of conditions before they can give you their money.

If they check into a hotel, they want to work, eat and party at any time. If they ask for food in the middle of the night, they expect to get it. And they want to come into their rooms at their convenience - and with guests. And they value their privacy.

So, your traditional hotels just can't keep up with this generation.

That is why residences are becoming very popular, says Jameel Verjee, a lawyer who quit legal practice to chart his entrepreneurial path after founding CityBlue Hotels.

CityBlue Hotels, just like many hotel chains such as Serena Hotels and Resorts, Sopa Lodges, and Sarova hotels, is a borderless, branded group of hotels in Eastern, Indian Ocean, Southern and Western Africa's major cities.

One of CityBlue's major products is residences, or extended stay "aparthotels", located in Westlands, Nairobi.

Extended-stay hotel brands have boomed in the US and Asia during the past few years.

They have been a few of them in Sub-Saharan Africa. CityBlue Hotels is one of the companies trying to increase the footprints of these hotels that serve guests staying between a few nights and a few months on the continent.

It is for this reason that CityBlue Hotels was recently listed as the ninth fastest growing hotel chain in Africa by W Hospitality Group, a global advisory services provider to the tourism industry.

Globally, the hospitality trends have been changing, catalysed in recent times by the Covid-19 pandemic.

Today, says Verjee, many the people travelling are millennials - those born in the 1980s or 1990s. "And they are very personalised," points out Verjee.

"While the older generation is happy to stick to conventional hotel trends, millennials will want something that caters to their tastes."

To address the needs of this generation, CityBlue Hotels manages 249 serviced and furnished apartments ranging from one to five bedrooms.

Modelled along the concept of an "aparthotel", this model is not only good for the customer by offering them freedom and privacy as a package, but also for the business traveller who it helps cut down on food and beverage costs.

At Skynest Residences by CityBlue, besides the furnished rooms, there is also a wellness centre

The rooms and amenities have been fashioned to allow for individual expression. The rooms for instance are ideal for summer bunnies, where Kenyans who live in the diaspora come during the holidays to spend time with family and friends.

Also, no outsiders are allowed in the wellness centre which has a gym, sauna, squash court, pool tables, heated swimming pool and rest area.

Unlike traditional hotels that insist that the guest take their food and beverage option, Skynest Residences owned by CityBlue are accommodative to guests who prefer flexibility and diverse preferences.

This allows the business to concentrate on its core mandate of offering luxury accommodation services.

The idea of wolfing down every meal served during your stay in a traditional hotel because it has been paid for can be tempting. "You eat what you want when you want. And you can decide not to eat at all. It is your choice," he said.

Some of the rooms have been bought and the hotel only manages for the owners in keeping with their high standards.

CityBlue Hotels started in East Africa, but it says that its next frontier is West Africa.

Besides Nairobi where they are headquartered, they are also in Ghana, Rwanda, Mauritius, Tanzania and Zambia

Its foray into West Africa - which began in Accra will expand to Lagos, Abuja and Abidjan - making it the first East African brand to enter West Africa.

The hospitality group is banking on Africa's growing middle class and will be opening a branch in Dar es Salaam in August.

But this model is also just a good business proposition.

For example, for traditional hotels, a big fraction of their revenue is spent on food and beverage. "If you run a hotel, your central feature is the restaurant," says Verjee. But the kitchen that serves it comes with its own baggage such as a taxing food and beverage department.

And you need to continually keep up with the trend or lose your competitiveness. That is why it is not unusual for hotels to force the guests to take food, even when all they need is accommodation.

This model has also allowed Skynest Residences by CityBlue to outsource a small part of its work. 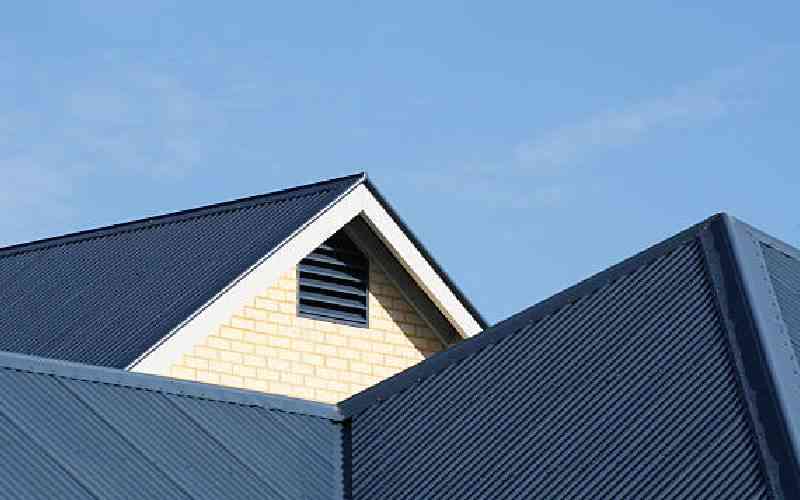 By Peter Theuri Jan. 19, 2023
Real Estate
Premium Why building that flashy roof may be a bad idea
.