Local businesses are bracing themselves for a tough festive season as hard-pressed Kenyans contend with a worsening cost of living crisis by cutting back on spending.

With the most profitable season of the year for many businesses approaching, one survey underlines the extent of the squeeze on household budgets caused by Kenya’s near double-digit inflation rate.

The findings of the WorldRemit Cost of Christmas Study published last week show Kenyan families are expected to spend 17 per cent less on Christmas celebrations this year compared to last year.

The Christmas and New Year holidays in Kenya are marked by extensive travel and upcountry rush for large family gatherings, where the purse strings are loosened.

Signature meals like chapati (unleavened flatbread believed to have its origin in India) and grilled or roasted meat accompanied by endless refreshments are served.

But the World Remit study observes that the changing macroeconomic environment will affect the cost of major Christmas elements, including the main holiday meal, average gift spending and decor.

The run-up to Christmas is usually one of the busiest times of the year for retailers and the hospitality sector. But analysts warn that retailers could face a tough Christmas this year as the soaring cost of living hits households, exacerbated by high food and fuel costs.

Retailers who spoke to the Financial Standard admit this year could be different, with the cost of living crisis looming large over both businesses and customers.

To arrest the downturn, retailers are rolling out Christmas offers earlier this year, according to a spot check by Financial Standard.

Some shoppers said they follow their favourite stores on social media to hunt for upcoming discounts.

It means the so-called “big ticket” purchases for goods such as television sets and sofas have been put on the back burner in recent months.

With the cost of living crisis squeezing budgets, lifestyle sales - which include general household goods, gifts, health and beauty and leisure goods are expected to reduce.

This comes as surging inflation is driving up costs for businesses and hampering consumers’ purchasing power. “I may not be able to get my mum the present I had promised her because things have been tough,” said Edna Mwenda, who works at a local firm in Nairobi.

“My father too will miss out on the phone and trip to a local hotel I had promised him,” the youthful Mwenda added.

“Christmas is usually a time of joy, but with the ongoing cost of living crisis, we have maintained our prices and tried to keep them as low as possible to remain attractive to our loyal customers,” said Alex Mugo, the director of Karmel Resort, a popular establishment along the Naivasha-Kinangop Road known for local delicacies.

“It’s been a hard year, and we want our customers to still enjoy themselves and their families within their budgets,” added Mr Mugo. With little sign of the cost of living easing, retailers are looking to Black Friday offers to boost sales.

Marked on November 25, Black Friday traditionally marks the start of the Christmas shopping season in the United States, but its popularity has spread to the rest of the world.

And with the ravages of drought still being felt, the business outlook is likely to get even worse heading into Christmas, as families prepare for reunions.

Kenyans endured a successive rise in the cost of living for the straight eighth month after the removal of maize flour and fuel subsidies, which saw the costs of the commodities surge amid a weakening shilling.

The Kenya National Bureau of Statistics (KNBS) data showed inflation rose from 9.2 per cent in September to 9.6 per cent in October on the back of a sharp increase in the prices of essential commodities.

The rising cost of living hurt more Kenyans like Damaris Wamuyu, a single mother of six, who has earned a living doing laundry in the sprawling Githogoro slums in Kiambu County for over seven years.

Despite her meagre earnings, she was always able to provide her children with two or three meals a day. But not anymore.

Other poverty-stricken slum dwellers in Githogoro, which neighbours the posh Runda Estate, where thousands of workers do menial jobs for the super-rich, are feeling the pinch of the high cost of food and other commodities, which have skyrocketed globally. Ms Wamuyu, who is the sole breadwinner in her family, says she can no longer cope.

“I am unable to buy basic essentials like maize flour and cooking oil because their prices have gone up beyond my reach,” she said, capturing the feeling across many Kenyan households that have been pushed into a tight corner by ever-rising costs of goods.

No longer able to bear the cost pressure, Ms Wamuyu recently resorted to giving her family one meal a day.

“I have to choose between them sleeping hungry and managing what little is available. Life is difficult for us at the moment,” she told Financial Standard.

Ms Wamuyu is among millions of Kenyan families finding it increasingly found it difficult to put food on the table in the face of unprecedented high prices.

These families are looking to the new Kenya Kwanza administration to soften the blow of the high cost of living. “The new government has to do more to help us cope with the rising cost of living,” said Ms Wamuyu.

KNBS Director General Macdonald Obudho said the rise in inflation was largely due to an increase in prices of commodities under food and non-alcoholic beverages (15.8 per cent), transport (11.6 per cent), housing, water, electricity, gas and other fuels (7.1 per cent)over the last year.

At the same time, prices of commodities under furnishings, household equipment and routine household maintenance recorded a 10.9 per cent increase over the period, he said.

The housing, water, electricity, gas and other fuels index, increased by 0.5 per cent between September 2022 and October 2022 due to increases in prices of 50 kilowatts and 200 kilowatts electricity units, which rose by 2.4 per cent and 1.8 per cent respectively.

This has forced many households, especially in the low-income segments like Ms Wamuyu’s to reduce their shopping basket. The shilling has been under pressure against the dollar, setting up consumers for price increases, mainly, for imported items.

This is because the country relies on imports for key industrial inputs such as fuel and raw materials like wheat and edible oil as well as farm inputs like fertiliser.

The Central Bank of Kenya (CBK) quoted the shilling at 122.0294 to a dollar on Friday. The weakening of the shilling has triggered fears of a fresh round of inflationary pressure.

The International Monetary Fund (IMF) and the African Development Bank (AfDB) recently asked developing countries like Kenya to strengthen their social safety nets to protect the most vulnerable citizens like Ms Wamuyu.

But offering the social safety nets may be hard for a country contending with a tight fiscal space, with debt repayments taking up a big chunk of the revenues generated.

“We are not the ones to tell the government what to do. The main issue is that the government should not plan to spend money that it does not have,” AfDB Director-General for East Africa Nnenna Nwabufo told Financial Standard on the sidelines of the launch of the bank’s annual economic report, which painted a gloomy outlook for Kenya and the region.

The push comes at a time when President William Ruto’s administration is facing mounting pressure to address the high cost of living. President Ruto removed fuel and maize subsidies on September 13 after being sworn into office, in a bid to trim the fiscal deficit, saying they are unsustainable. 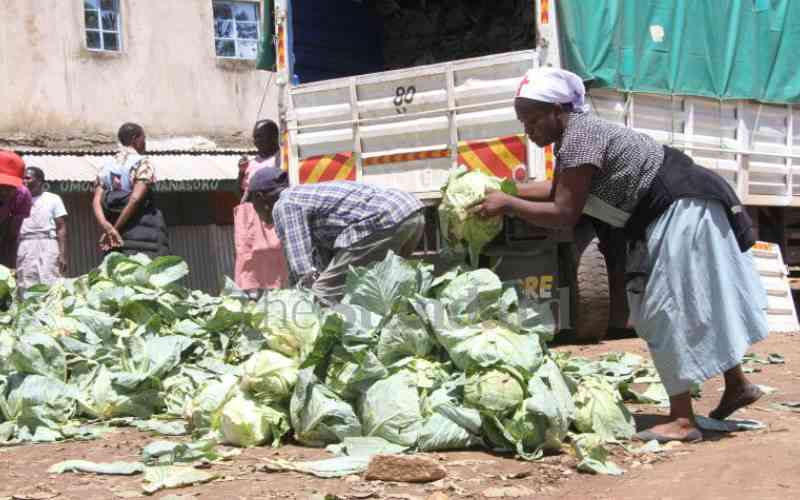