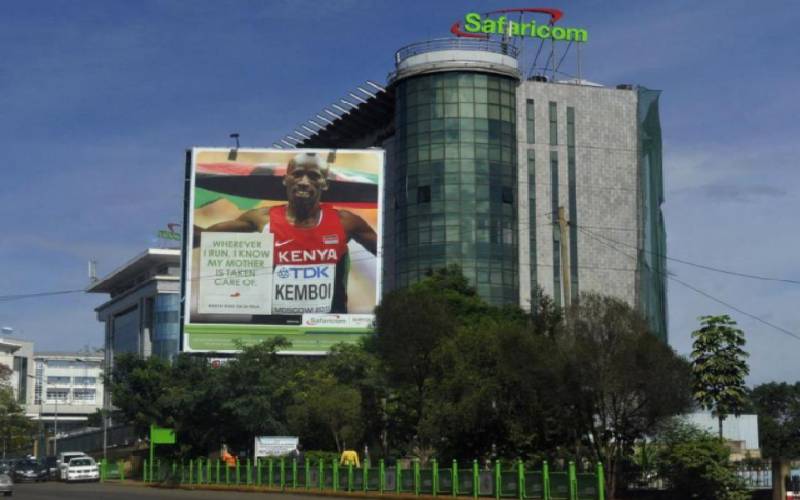 A business can go after pennies and make billions. Safaricom provides a case study.

Now 20 years old, the giant telco has cut a niche for creating products tailored for the everyday man. Safaricom has become deeply woven into the Kenyan psyche forming part of the lingua franca and daily life.

Think about words such as Sambaza, Fuliza or M-Pesa – Safaricom products that have become nouns.

Just what do they do to dominate the market and sell to the masses?

It’s hard to believe that Safaricom was once an “underdog.” When it established itself at the start of the millennium, its main competitor – KenCell (predecessor to Airtel) was focused at the top-end, or call it the top–tier of the market. Back then, mobile phones and calling cards were a preserve for the rich and those working in top companies. KenCell chose to remain to pursue this market.

Safaricom shifted to target the everyday man, even rebranding itself as the “better option.” This is how it would fast overtake KenCell by offering services at the lowest rates.

Safaricom began a billing system based on seconds in contrast with its competitor’s minutes. This would later see the introduction of products such as Bamba 5 or Bamba 10. KenCell would later change its tariffs but was unable to catch up with Safaricom.

Lesson: Select your target market carefully. Who will make the most of your product? Find that group then appeal to their interests. Why should they buy from you and not from another business?

In 2020, Safaricom was the biggest outdoor advertiser after spending Sh62 million, followed by Coca Cola with Sh58 million. Both companies sell to the masses.

According to a marketing industry report, the leading campaigns were also from the same companies. These were Safaricom for You and Coca-Cola Taste the Feeling respectively.

From the onset, Safaricom has been big on advertisements through which it has managed to localise and attract millions of customers.

These are companies whose adverts even become a jingle familiar to every household in Kenya and in turn becomes the product people have to purchase.

Lesson: Don’t be the entrepreneur who thinks that marketing is not important and that products or services will sell themselves if they are good. Newsflash; if established brands advertise, you should consider it too. There are many options that range from traditional media like newspapers, television, billboards to newer forms like social media or using influencers.

Even after lowering prices and beating rivals in voice calls, Safaricom was thinking of the next frontier.

And in 2007, this innovative thinking launched into mobile money and the creation of M-Pesa which has revolutionised virtual payments.

M-Pesa is one of the telco’s largest profit turners. Practically every mobile subscriber has an M-Pesa account.

M-Pesa now has a 27 million customer base and averages 21 million transactions daily.

The diversification doesn’t stop for Safaricom. Peter Ndegwa, Safaricom’s first indigenous CEO, now wants to propel the telco beyond its core business of connectivity to a broader technology company crucial to sectors such as agriculture, health and education.

Lesson learnt: Just like in everything in life, keep getting better and stronger. Don’t rest on your laurels; time and innovation could see you out of business. Keep looking at how you could grow. Read books, study the greats in your industry and get to creating.

Safaricom CEO Peter Ndegwa describes himself as “customer-obsessed.”  And rightly so. This obsession, he said last year, is a key enabler of his vision for Safaricom. The giant telco is relentless when it comes to its customers.

“I’ve worked in the business for a long time, it’s only by looking after our customers, anticipating their needs by serving them well we can become a sustainable business. We are 20-years-old and want to be 100,” he said.

Ndegwa joined Safaricom with an experience of over 25 years’ working for top multinationals across the world.

He was headhunted from Diageo where he served as managing director of Diageo Continental Europe.

At EABL, which he joined in 2004, Ndegwa is credited for the development of an affordable beer strategy that became a top earner for the brewer.

He is behind the Senator keg which is popular with the bottom-end market.

Lesson: Is your customer satisfied with your product/service? How can you serve them better? How could you improve their experience? Be interested in them and their needs, and they will be loyal to you.

Safaricom keeps reinventing and thinking ahead. The giant telco has heavily invested in innovation. The success of Fuliza, one of its latest products that has become a profit-making machine, is a testament to this spirit of innovation.

In the 2020 financial year, Safaricom disbursed loans amounting to Sh245 billion through Fuliza.

Even with the successful M-Pesa, Safaricom is not sitting pretty with it and is thinking of ways to advance it.

CEO Peter Ndegwa last year said he hoped to “democratise” M-Pesa payments having enabled interoperability with various platforms such as Visa and also beefing up security and investing in future technology.