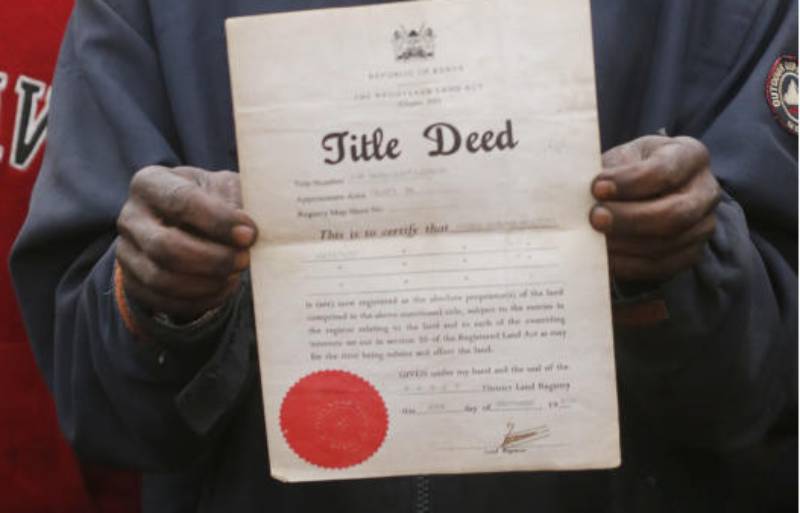 Land transfer transactions hit a four-year peak in August 2020, defying the negative impact of the coronavirus pandemic on most sectors of the economy.

Data from the Ministry of Lands and Physical Planning shows August recorded 654 transfers of the total 3,988 transfers recorded in the year.

The transfers were 5.6 times those in March of 2020, which was a paltry 116, as the sector showed marked recovery from the pandemic.

Leases also remained high for most of the year, well above 500 transactions per month on average.

Title deeds change: What you need to know of digital era

Some analysts said the spike was brought about by backlogs earlier in the year, and investors increasingly valuing property.

Njau Gitu, the director of Australia Education Global Advisors, said the higher performance might have been as a result of backlogs that were experienced in various sectors.

“Remember there was a huge backlog courtesy of the Covid-19 pandemic. My gut feeling is that the peak was the result of clearing of the above,” he said.

Dr Gitu also said investors and lenders had to unlock the securities to continue doing business.

Charges and mortgages, which showed a steady trend in 2019, increased last year starting May after a slow start to the year, with a peak of 406 transactions in September.

“The trend reflects a very high degree of optimism among investors. Investment in real property has now become highly profitable as compared to alternative investment,” he said.

Only a total of 683 land  transactions were recorded in March, the same month when the first case of Covid-19 was reported in Kenya, and when the effects of the pandemic started to be felt.

In contrast, the lowest transactions in 2019 were noted in January, but at 2,227 were more than triple the lowest month of 2020.

Though the MPs called for an urgent response, they faulted the CS’s action.

Covid-19: what happens if some countries don’t vaccinate?

In countries where no significant proportion of the population is vaccinated, there is a huge risk of sustained community spread of Covid-19.