Next president might borrow more despite KRA record tax revenue 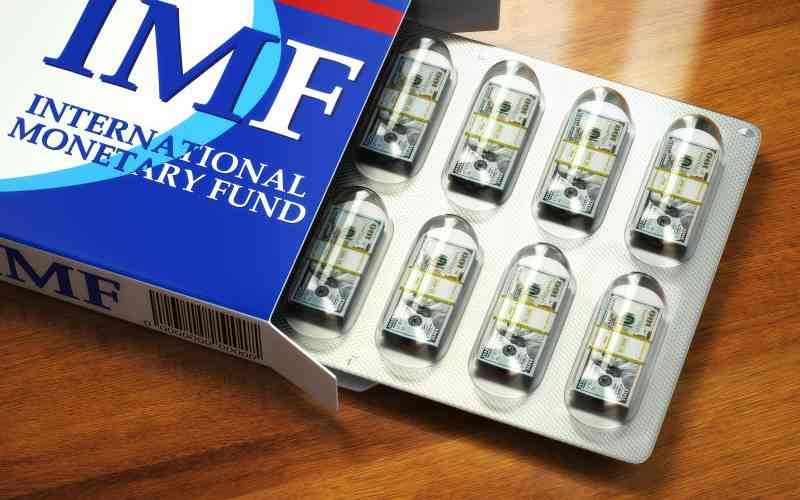 It was supposed to be a straightforward equation: increase tax collections and reduce reliance on debt.

But President Uhuru Kenyatta, a graduate of political science and economics, fell in love with a rather complex equation: increase tax collections, expand the budget, borrow more and wait for a return in the long run.

Never mind that John Keynes, the father of modern macroeconomics, once quipped: in the long run, we are all dead.

However, while individuals and firms have had to endure new tax measures such as taxation on mobile phones’ airtime, cooking gas and increased taxes on items such as fuel, the country has failed to wean itself off debts.

President Kenyatta is leaving office at a time when the cost of living has hit a 58-month high, with taxes, Covid-19 and the Russia-Ukraine war serving up an undesirable buffet for millions of Kenyans.

The increased debt has seen Kenya commit more than half of taxes revenues to paying loans, leaving little cash for activities such as revamping the ailing health sector, building more schools and sinking boreholes for drought-prone regions.

President Kenyatta’s regime had even attempted to introduce tax on ice cream and bottled drinking water as well as taxing gamblers more, but Members of Parliament chose not to quench the State’s thirst for more taxes and risk reprisal from voters. They shot down the proposal.

However, instead of the increased tax collections translating into reduced reliance on debt in line with KRA’s rallying call, Kenya’s debt position has worsened during this period.

The rise in borrowing means that while tax revenues have increased 2.5 times, borrowing has increased 4.7 times, taking the country far away from the taxman’s rallying call that paying taxes would make the country self-reliant.

Ken Gichinga, the chief economist at Mentoria Economists, says there is nothing much to celebrate in KRA’s record tax revenues since most of it will go to debt repayment and corruption instead of improving the lives of taxpayers.  “We are not like the Nordic countries (Finland, Denmark, Norway, Sweden, and Iceland) where taxes are high, but almost everything flows back to the economy,” says Mr Gichinga.

One of the 12th Parliament’s last key assignments was to pass amendments allowing a public debt ceiling of Sh10 trillion.

Without Parliament’s move, the planned Sh862 billion borrowing in the current financial year that started on July 1 would have seen the country surpass the then Sh9 trillion debt ceiling.

The lawmakers raised the debt ceiling to Sh9 trillion from Sh6 trillion previously in October 2019. But continued borrowing has piled more pressure on the taxpayer.

Treasury unsuccessfully sought to replace the debt ceiling with a debt anchor and set it at 55 per cent of debt to GDP in present value terms.

This development means Mr Kenyatta’s successor will have limited wiggle room for borrowing even as Treasury documents show that debts will continue to rise. Raila Odinga and William Ruto, who are leading in the race to succeed President Kenyatta in next month’s polls, according to pollsters, have struggled to explain how they will handle public debt.

Mr Odinga has, without saying how, promised to reduce the pace of debt accumulation and “aggressively pursue debt relief negotiations” as well as ensure all future debts are procured only for viable projects.

For a country that applied for suspension of payment of Sh42.8 billion loans at the height of the Covid-19 pandemic between July and December 2021 but only got approval for Sh10 billion, Mr Raila’s proposal could be a high mountain to climb.

Dr Ruto, who has defended as well as criticised debt accumulation in equal measure, says he will “deploy credible macroeconomic framework and growth strategy” to strengthen external creditworthiness and cut the cost of borrowing if he becomes the head of State.

Treasury’s projections show that spending on principal and interest on public debt will, in the current financial year, hit Sh1.356 trillion — an equivalent of Sh113 billion monthly — compared to the previous financial year when Treasury had projected Sh1.15 trillion.

The Sh1.356 trillion debt servicing burden will be in the period that Treasury projects ordinary revenue—collections from taxes and levies—will be Sh2.14 trillion.

This means that for every Sh10 that will be collected by the taxman, about Sh6 will go to servicing debts. Robert Shaw, an economic and public policy analyst, says the many debt-funded mega projects mean Kenyans are now working to repay debts rather than to generate taxes for improved services from the government.

“What people get from the government for their taxes is relatively poor value because the lion’s share goes to servicing debt,” says Mr Shaw. “We have accumulated debt so fast compared to the earning capacity of the country, and as a result, there is very little left to actually provide services.” As of June 2021, total debt service was Sh780.63 billion and is projected to increase to Sh1.3 trillion in the 2024/25 financial year, according to Treasury’s debt management office.

Mr Kenyatta’s critics say his economic model was that of buying some temporary economic benefit at the price of ruinous long-term debt.

But the President, who is soon expected to hand over power, says just like countries such as South Korea, he was only “using other people’s money” to grow the economy.

“We used ‘other people’s money’ to close our infrastructure gap and to connect our markets,” Mr Kenyatta said in October, calling on whoever succeeds him to keep borrowing, “The fifth administration should not shy away from using ‘other people’s money’.  Debt, in a cleaned-up government, is an enabler, not a burden.”

The jury is still out on whether Mr Kenyatta has run a “cleaned-up” government and whether Kenyans have received value from the piling debt. A past World Bank review on Kenya’s expenditure said the country was spending about 20 per cent of its GDP to achieve just 0.17 per cent growth in GDP per capita — a measure of how much each citizen would get if a country’s wealth is distributed equally.

“This is lower compared to Israel at the frontier that spends almost a similar amount (20 per cent of GDP) and gets a 12.2 per cent growth in per capita GDP,” said the analysis.

Mr Kenyatta’s successor has a narrow room to borrow even as the main protagonists in the succession race fall over each other in making grand promises.

Mr Gichinga says it will be unwise for President Kenyatta’s successor not to slam the brakes on the pace of borrowing. “No board would want to renew the contract of a CEO who has tripled the assets of a company, but driven up the liabilities five times,” he says.

The Parliamentary Budget Office — the office charged with providing advice on budget, finance and economic information to committees of Parliament expects public debt to hit Sh9.8 trillion by June next year and cross the Sh10 trillion mark by the end of June 2024.

Crossing the Sh10 trillion debt mark in June 2024 means Treasury would be back to Parliament to seek a higher debt ceiling. “At some stage, the future government will have to look at debt and see how to renegotiate it and spread repayment over a longer period,” says Mr Shaw.

“For him, the borrowing has been worthwhile and has “paid tangible dividends.”

Mr Kenyatta says, for instance, new roads and rails have cut travel hours, opened up new possibilities and served as catalysts for development. But Mentoria’s Mr Gichinga reckons this is not entirely true.

“The argument that this debt is transformative in the long term is questionable because 10 years is long-term enough. It is not adding up. Our debt appetite has to come down,” he says.

As Mr Kenyatta signs out, he wants the public to know that South Korea industrialised by becoming the fourth most indebted country in the world and that Britain only finished repaying its debt in 2015 after 102 years.

But Mr Shaw says there is a big question on how the country is going to manage and sustain sovereign debt as it waits for dividends from the big projects. “There is not much evidence so far that what we have put in infrastructure has given a good return to justify the debt,” he adds.

The debt management office noted that growth in debt has been consistently higher than the GDP growth since 2012. Debt stock averaged 15 per cent growth in three years to June 2021 compared to a GDP growth of 9.8 per cent.

“The diverging growth rates implies that the stock of debt will eventually exceed the stock of GDP unless the fiscal deficits decline over time,” cautioned the office.

And now, the Treasury’s debt management office is calling for an urgent cut on public spending even as Mr Kenyatta’s apparent successors promise grand plans in their manifestos.

“There is an urgent need to cut down on public expenditures and boost efforts to revamp revenue collection so as to cut down fiscal deficit and bring down growth in public debt to a more sustainable path,” says the debt office.

Previous article
Premium
Ugali politics as prices fall by half 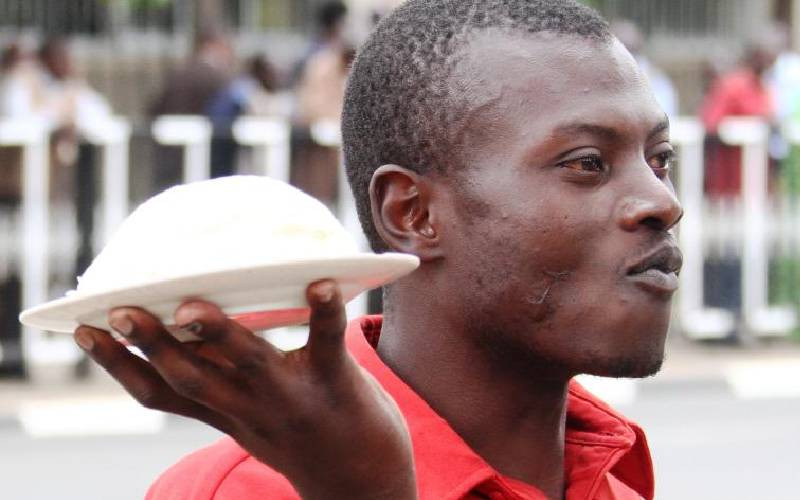 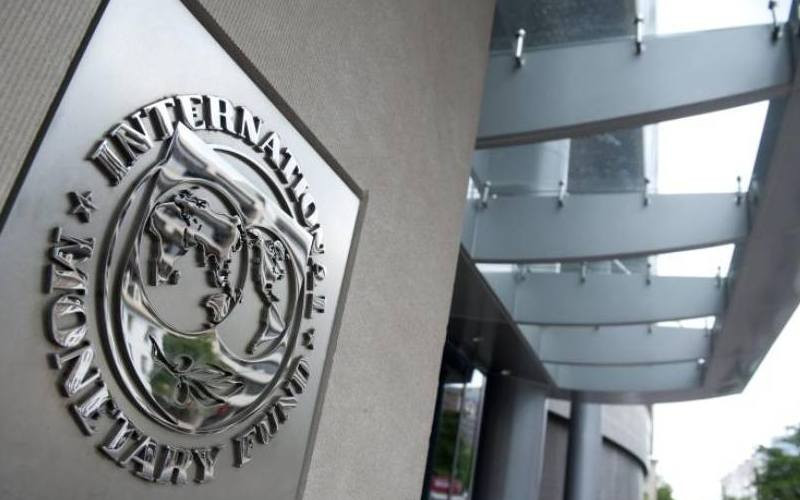