The best sectors to land a job in Kenya

There is a good reason why a lot of Kenyans are willing to give a bribe to land a job in the military, police and teaching.

The three professions contributed nearly half of the 657,009 permanent jobs that were created in the 10 years to 2020, official data shows.

In a country where jobs do not come easily, and when they do are mostly casual engagements with erratic and low pay, finding oneself on the payroll of one of the three public sectors is a dream come true for many jobseekers.

Education had the most number of jobs created in the review period. An additional 178,606 teaching jobs were churned out between 2011 and 2020, data from the Kenya National Bureau of Statistics (KNBS) shows.

Education has the most permanent employees at 563,046. And this number is expected to rise as there is still a deficit of teachers. Moreover, the rollout of the Competency-Based Curriculum (CBC) means that more tutors will be needed to actualise the new education system.

The second job-creation machine was public administration and defence, where the police and army falls. Here, an additional 138,554 permanent jobs were created in the period under review.

It is instructive that hiring is carried out regularly in the three sectors as they are exempted from a freeze on new recruitments.

Besides job security, many people prefer working for the government because it is the only place where the labour market is not necessarily guided by the laws of demand and supply.

For example, even as Covid-19 raged on with a lot of sectors shedding jobs, there were an additional 142 persons earning a monthly paycheck of over Sh100,000 in public administration in 2020 from 7,930 in the previous year.

The construction boom under Uhuru Kenyatta’s presidency has also spawned a lot of jobs as more hands are hired to build roads, railways, bridges and dams. Construction jobs in the review period increased by 114,225.

However, it is a little disheartening that most of the permanent jobs are being created by the public sector as opposed to the private sector, the largest employer and the main taxpayer.

Moreover, there has been an increase in the “informalisation” of the economy, with an increasing number of employers preferring to hire workers on contract rather than permanent terms.

“Movement of employment from agriculture to other sectors stalled between 2016 and 2019, labour force participation (LFP) decreased, unemployment increased and employment shifted from wage employment into self-employment,” said the World Bank in its 24th edition of the Kenya Economic Update.

Dorcas Wainaina, a human resource practitioner and Institute of Human Resource Management CEO, says there are several reasons the private sector is struggling, including increased taxation and stringent requirements by shareholders, which have left them with no option but to fire workers.

“The private sector is struggling on many fronts. First of all, are the conditions in the economy favourable for them to be able to thrive so that they can employ?” asked Wainaina.

Nonetheless, the private sector has continued to be an attractive employer.

While you are more likely to land a permanent job in the army, police and teaching, better pay can be found in yet another sector that has been the envy of many job seekers.

Indeed, for the last 10 years, no one on permanent employment for extraterritorial organisations and bodies has taken home less than Sh20,000 in a month.

However, under half of the workers earn less than Sh50,000 monthly.

This is unlike the other star employers — the finance and insurance sectors.

But things are different for the agricultural sector — the mainstay of the country’s economy. Permanent employees in agriculture dropped by 19,127 in a decade, pointing to continued automation and conversion of plantations into real estate.

Over this period, flower farms such as Sher Karuturi and Oserian have been declared insolvent. There has also been continued mechanisation of tea picking, a trend that has seen many workers sent home. Wainaina noted that the genesis of the massive shedding of jobs in the agricultural sector could be traced to “the stringent conditions from the European Union,” especially on flowers and vegetables exported from Kenya.

Things are not that good in mining. There were no employees who took home over Sh100,000 in mining in 2020.

Over a third of workers in agriculture and mining take home less than Sh20,000.

No domestic worker — no matter how big the home is — has ever taken home over Sh100,000 in the last decade to 2020, according to official data.

Five per cent of employees in real estate took home less than Sh10,000. These were, perhaps, the construction workers popularly known as watu wa mjengo.

Like the army and the police, teaching is also a critical sector where recruitment happens regularly.

The number of teachers employed on a permanent basis increased during the review period. Data from KNBS shows there were 2,741,139 wage earners. 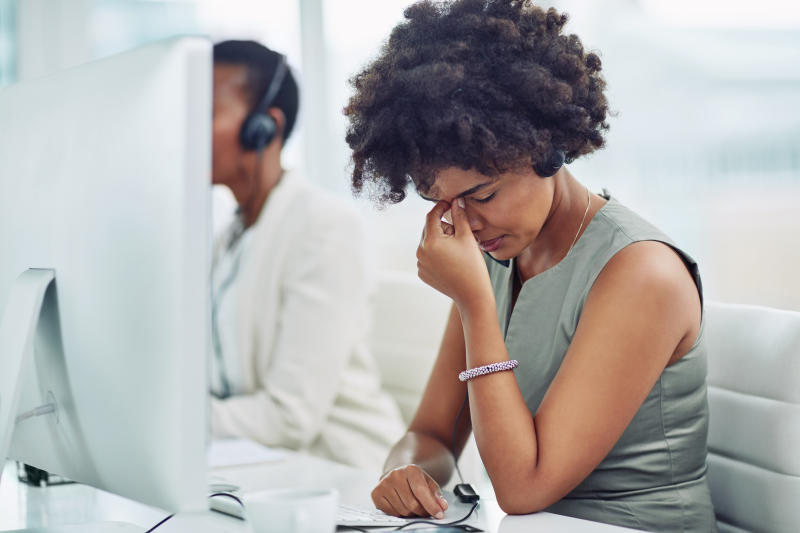