How the rich splurged on pizza and fuel after Covid lockdowns 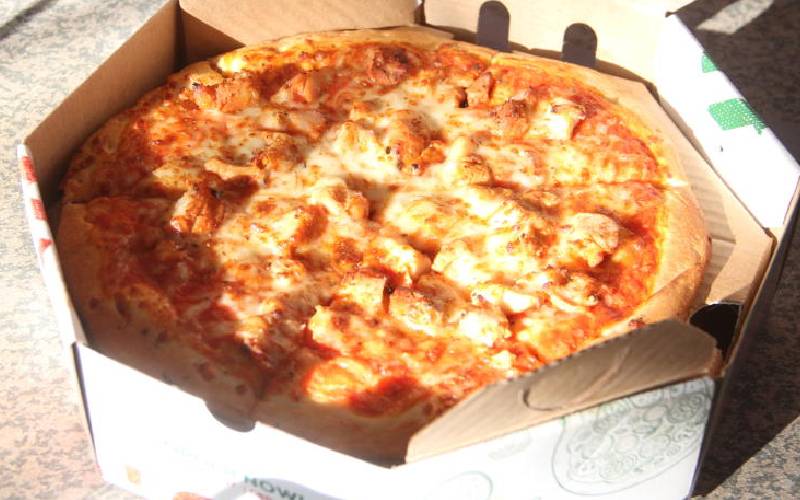 Months after being holed up in their homes avoiding crowded places like shopping malls and offices, Nairobi’s affluent emerged from isolation to splurge on fast foods and fuel.

Official data shows that rich households’ spending on prepared foods such as pizza, hamburgers, coffee, hot dogs and nachos as well as on diesel and petrol in September rose by 15.38 per cent, 7.38 per cent and 5.96 per cent, respectively.

This followed the reopening of the economy, with most of them driving to work and eating out in fast-food joints with their families.

According to the latest data from the Kenya National Bureau of Statistics (KNBS), the increased spending on fuel and prepared foods in September pushed up their inflation rate (the overall increase in prices of selected items popular among this income group) to a high of 4.84 per cent from 3.81 per cent in August.

The wealthy constitute 3.53 per cent of Nairobi households, according to the national statistician but contribute about 11.7 per cent of total spending.

Derrick Van Houten, the Chief Executive at Java House Africa, is upbeat about this trend, noting that the coffee chain has witnessed a surge in what he describes as tickets or what a customer spends on certain occasions.

“We have seen tickets move up since about October,” said Mr Houten, who joined Java House from American fast-food franchise KFC.

The recovery, he said, has especially been pronounced in upper market places like Lavington, Hurlingham and Karen.

KNBS says the increase in the rich people’s shopping basket was mainly driven by four clusters: Transport; food and non-alcoholic beverages; housing, water, electricity, gas and other fuels; and clothing and footwear, which increased by 10.43, 8.86, 5.67 and 5.47 per cent respectively.

Deliveries of fast foods also doubled during this period, with the affluent willing to spend more on value and convenience.

Before, Houten says, everybody was chasing this sort of Sh300 offers. Offers are still important in the lower and middle-income class income areas, with a quarter-chicken going for Sh390.

“In Karen, people don’t even worry about it. They will spend about Sh1,000 on a half-chicken and salad,” he said.

A recent World Bank report citing data from Google showed that mobility levels are above the pre-pandemic baseline in retail and recreation, workplace and locations.

Sam Ikwaye, CEO of the Kenya Association of Hotel Keepers and Caterers Coast edition, said this was brought about by the reopening of the economy.

“Everybody is moving, and everybody is on a run. So, you don’t have the luxury of sitting down to eat proper food,” said Mr Ikwaye.

Some of the most popular malls in Nairobi, which the affluent frequent, include Village Market, Westgate, Yaya Centre, Two Rivers and Lavington Mall.

But it is not just food that drove up the cost of living for the rich. Transport costs also skyrocketed for the moneyed in Nairobi.

Unlike the poor, most of the rich people’s money goes into fuel, with their transport costs jumping by 10.45 per cent year-on-year to September 2021 as most of them left their homes for work, shopping and leisure. The high inflation rate – the overall increase in prices of goods and services – was due to an increase in the prices of goods and services in their shopping basket, which is dominated by cars, petrol and international flights.

The single heaviest item in the shopping basket for Nairobi’s rich, according to the computation by KNBS, is cars.

Other items that take a huge chunk of the rich’s income, other than a house, include petrol, international flights and domestic workers. Things were, however, different in June last year, three months after the country recorded its first case of Covid-19.

At the time, the government implemented stringent measures aimed at curbing the spread of the disease, including discouraging people from going to work.

Hotels, pubs, schools and parks were all closed as movement into and out of the country was prohibited.

Accessibility to money - where people have money in their mobile money wallets - provided a convenient way of paying for fast food.

In June last year, the rich had the lowest inflation rate at 2.29 per cent. This was compared to the poor’s 5.42 per cent and 2.79 per cent for the middle class.

Ikwaye said the increase in spending on convenience foods has also been noted among the middle class.

Indeed, the income group that benefited the most from the containment measures that were in place for the better part of last year was the middle class.

By restricting movement, the government might have taken the consumption sting from the middle class.

KNBS data shows that the middle class in Nairobi, compared to other income groups, saw their cost of living drop significantly.

This is because despite some of them having had their salaries slashed, they spent less on such budget items as salons, restaurants, barbershops, pubs, travelling, parks and school fees.

The difference was due to the weight that the different income groups place on different consumer items.

Food, for example, takes up a huge chunk of poor families’ income. The rich spend more on transport compared to the poor and the middle class.

As a result, when there was little movement, including leaving the country, the cost of living for the rich dropped significantly.

Co-processing: The way to a zero-waste industrial Kenya