Why radio is still king in changing media landscape 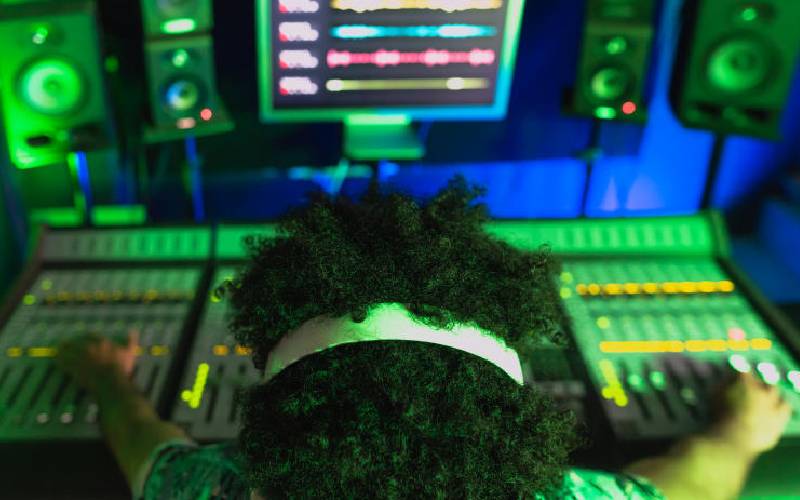 While the entry of mobile phones came as a convenience to communication, the addition of the FM radio to the device would become the death of the physical radio as we know it.

Somehow, decades later, while the number of mobile phones in the country has increased exponentially, the radio as a source of entertainment and communication has retained its prominence in households.

Compared to television, which the 2019 census report by the Kenya National Bureau of Statistics (Knbs) found to be in four out of 10 households (40.7 per cent), that of the radio stood at five out of every 10 households (56.9 per cent).

Why media is no longer a civic duty driven profession

“Radio is going to remain King as the most popular medium for information and entertainment for many more years, especially in Africa,” said General Manager and Head Radio Products at Standard Group Tom Japani.

He said its affordability, free access, real-time interactivity and wide reach are some of the reasons it is still the medium of choice for many people.

In what discredits the stereotype that individuals from Western Kenya love the radio most because of their love for sending greetings,

Central Kenya leads in ownership of the gadget, with seven out of 10 homes (74 per cent) in Nyeri County having a stand-alone radio.

When it comes to other household gadgets, technology has not been so fair to them.

For example, ownership of a CD player in the 2005/6 financial year stood at 24.2 per cent but dropped 10 years later to 10.1 per cent, according to the latest Inequality Trends and Diagnostics in Kenya 2020.

Over the same period, the proportion of households that owned radio dropped by just 8.4 per cent even as ownership of mobile phones, which are out to replace radio, went up by 65.8 per cent to 87.1 per cent.

“Some of the declines in ownership of assets such as radio could be due to increased access of radio services on the mobile phone. The decline in CD players could be due to the emergence of new and advanced alternative technologies such as flash disks,” says the report.

Unlike television where one has to pay monthly subscriptions to pay-TV firms to access premium content, there are no operating costs associated with radio at all.

Once you purchase the device, you only need to power it and you are free to access as many frequencies as you can.

Radio also comes with the added advantage of portability.

“The number of self-provisioning broadcasters and the broadcast signal distributors remained unchanged in 2019. The number of radio FM frequencies increased to 917 in 2019, while digital TV stations rose to 146 during the same period.”

By 2019, there were 20.7 million individuals in the country above the age of three owning a mobile phone, according to the census data.

The Communications Authority of Kenya (CA) in its third quarter sector statistics data for the financial year 2020/21 says the number of commercial free-to-air television stations on air stood at 130, an increase from 122 in the second quarter.

“During this period, the number of FM radio stations also remained at 131 for commercial FM radio, 13 for public FM radio and 42 for community FM radio stations,” says the communications industry regulator.

Meanwhile, Standard Group’s Japani says the digital phenomenon provides an opportunity for the growth of radio and not its death.

“We have been vindicated here at the Standard Group given the kind of traction our two new audio-visual radio offers have gotten with the audiences,” he says.

“Vybez Radio and Spice FM are carried on a highly advanced digital infrastructure, which speaks to the adaptation of technology in our business that ensures we ride on digital innovation to deliver our content to the right audiences in spaces other media cannot reach.”

Kenya has stepped up plans for a financial centre that seeks to position the country as the first stopover for foreign investors.