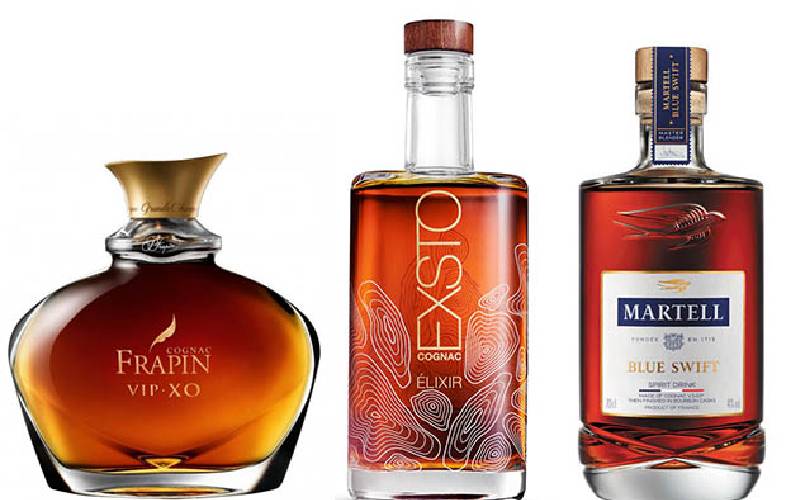 “If life is a birthday cake, let my face be smeared with its icing of cognac and kindness.”

This memorable quote by famed American historian and poet, Aberjhani, goes to show the value many people place on cognac - a high-quality brandy that is distilled in Cognac in western France.

And like many fine alcoholic drinks, cognac’s quality is measured by age; the older it is, the more refined it is considered to be.

Dr Ponge: Man who rose from the ashes of truancy and rubble of alcoholism

For instance, did you know that Remy Martin Extra Old (XO) you are enjoying today was made in 1981? Just like with diamonds, time plays a key factor in making the best cognac.

Unknown to many people, whiskey and cognac are different. The difference lies in the base ingredients.

While whiskey is made in a barney and is originally from Scotland, cognac is made from white grapes, in a region called Cognac in France.

By law in France, a spirit cannot be called a cognac until it is aged for a minimum of two years.

The grapes used to make the cognac are harvested every year around September and October.

The liquid from the grapes is then fermented and distilled twice to produce a white spirit that is put into barrels, which by law in France must be made from Oak.

The ageing process in the barrels is what gives the cognac its colour. The colours vary depending on how long the drink is aged.

The ageing process for cognacs has remained the same over the years, as there isn’t yet an invention on making amazing spirits over a short period of time.

Contrary to the stereotype that cognac is a reserve for the older wealthy men, younger drinkers are also developing a taste for the drink.

Entry-level Cognac is appealing to the younger audience who are starting to understand their preference.

Premium Cognac, such as Remy Martin XO, is popular with the super-rich.

Off-trade prices tend to be a little lower than on-trade prices, with the latter varying between bars and restaurants.

Consumption of cognac in the country has been growing, rising 57.1 per cent in 2018 compared to the volume consumed in 2017, according to data from IWSR Drinks Market Analysis.

Globally, the industry produces is estimated to produce more than 200 million bottles of cognac a year, with nearly 98 per cent of this exported out of France.

Cognac can also be paired with different foods, such as Roquefort and aged parmesan cheeses and chocolates.

Interceptions as a result of Sanitary and Phytosanitary (SPS) and documentation issues indicate that there are still problems with the compliance.

Why traditional businesses are rebranding