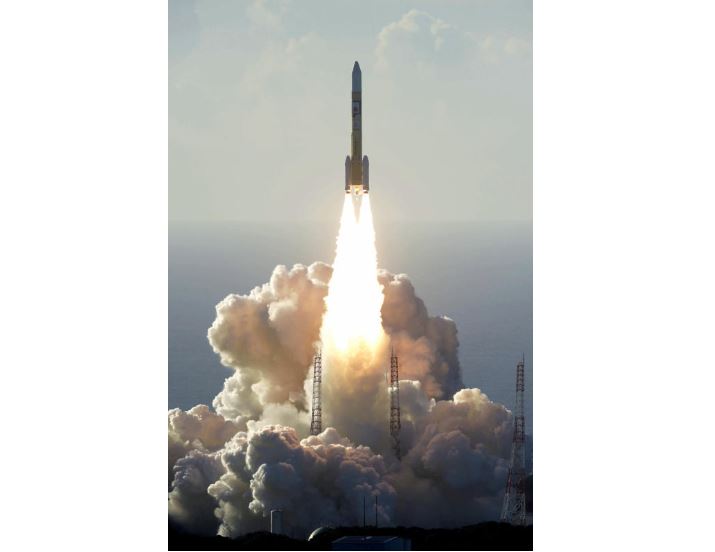 A visit to Dubai leaves one fascinated by the forest of skyscrapers in the desert city.

Going up Burj Khalifa, the world’s tallest building, sets you back about $42 (Sh4,600) during the off-season.

But it’s worth it. A 360-degree view of the city leaves no doubt that human imagination and achievements have no limit.

The United Arab Emirates (UAE) is made up of seven emirates. Abu Dhabi is one of them and the capital.

The rest are Ajman, Dubai, Fujairah, Ras Al Khaimah, Sharjah and Umm Al Quwain. Some think the UAE and Dubai are the same thing. But enough on geography.

The Emirate of Dubai stands out as it is famous for services, including trans-shipment, shopping malls, education, medical services, sports like golf, and desert rides on dunes. Many Kenyans work there, too.

The newest story about UAE is its foray into space, further expanding the frontiers of the desert nation.

It seems that the UAE is not satisfied with Emirates, the country’s flagship airline and one of the biggest in the world.

By forming a space agency in 2014, UAE has joined a club of eight countries that have a presence on planet Mars.

Hope may not have got as much publicity as America’s Perseverance landing on Mars.

But it was a giant leap for the country with a population of about nine million. To buttress UAE’s dream, an unmanned mission to the moon is scheduled for 2024.

Why should UAE bother with space? Beyond national pride, there are many spillovers.

Simply put, you get a positive spillover when you get more than you bargained for.

An example is if you neighbour is a big shot guarded 24 hours, you are also assured of security without paying a cent.

But if you live next to a river polluted upstream, you suffer from negative spillover.

Positive spillover is the main reason countries invest in space.

The US has gone further and constituted a military wing to guard space, underpinning the importance of the new frontier, vast and alluring. Please watch the stars tonight and marvel at the wonders of space.

The first spillover in the space industry is in schools. UAE has realised that the future lies in science and the next generation must be looped in.

What better way than participating in real-life projects? Putting Hope into Martian orbit needed a lot of science. The excitement spills over into the classroom, science labs and most importantly national discourse.

Think of the pride among young men and women who worked on project Hope to put UAE into the space club.

The participants made sure both genders were represented. Think of the students who will be inspired to study science, technology, engineering and mathematics (Stem) because of project Hope.

In the future, the UAE will train a critical number of graduates to become major players in Stem research and development, and the enterprises spawned thereof. Instead of importing technology, the UAE could start developing and exporting it.

It seems the UAE’s next dream is based on high technology, going beyond trans-shipment and services. The nation could be preparing for the science-intensive fourth industrial revolution (4IR). Why should UAE build Burji Khalifa, an airline (Emirates), or send a delegation to Mars joining giants like China, the US, India, European Union, Britain, Japan and Russia that have missions to Mars? Why can’t Kenya do the same?

To succeed, the UAE, which is a federation, has put its political house in order and purposefully invested its oil wealth in sectors that are sustainable and have high returns.

They even planned for the post-oil era with diversification into tourism and now space.

When will Kenya land on Mars or any other planet? Why are we limiting ourselves to planet Earth when the universe is vast and endless?

Think of the national pride and positive spillover if we joined the space club with the UAE as our peer.

Yet, project Hope was not in our headlines and did not excite us. Truth be told, the Earth is boring and crowded, space is exciting and vast. Si twende huko (why not go there)? Over to the Kenya Space Agency.

- The writer is an associate professor at the University of Nairobi.

Why are there so many car wash centres in Nairobi?