Where the shoe pinches: Retailer’s painful journey to selling its shoe business

or Vasu Abotula, June 2016 was the crowning moment of his decades’ toil in business.

This was when he rang the bell, marking the listing of his firm – Nairobi Business Ventures – on the Nairobi Securities Exchange (NSE).

Together with a bunch of like-minded associates, Mr Abotula had started NBV as a wholesale shoe and leather products marketing company.

In its formative years, NBV had supplied to now fallen retail giant Deacons. At one point, its best performing outlet was minting a cool Sh4 million monthly.

When Pakistani retailer Servis Shoes was exiting Kenya around 2014, NBV took over its outlets, rebranding to K Shoes. Listing on the Nairobi bourse was the cherry on the cake for Abotula, and on the first day of trading, the firm’s shares traded at Sh8.

"We had a strong balance sheet for over three years, turning a good profit and the company was growing,” recalled Abotula in an interview with Financial Standard. NBV had six outlets when it listed on NSE, with 15 more on the cards.  The founders anticipated a ready market of 10 million pairs of shoes per year and growing. They even planned to venture into large-scale manufacturing.

"We saw an opportunity in retail. When I was starting the business, there were no problems and the economy was booming,” he said.

With the entry into the capital markets, there was no looking back for NBV.

However, heartbreak would soon follow, crushing Abotula’s vision for the company. In a recent circular to shareholders, he said retailers are paying a “heavy price” for the turbulent period from April 2017 to March 2020.

During this time, giants like Deacons, Nakumatt and Ukwala have exited the scene, while others like Tuskys have spectacularly unravelled. South African fashion retailer TFG, which ran four stores, left in a huff. Local fashion retailer Jade Collections is also trimming its branch network.

Abotula blames a harsh prolonged political and economic climate, which has dogged the country since 2016.

He said this led to job losses that hit the firm’s target market. NBV targeted the upper-end and middle classes. It had branches in prime locations such as the Village Market. A pair of shoes would retail north of Sh10,000.

"When creamy jobs are gone, everybody preserves money and can’t buy fashion products,” said Abotula on NBV’s failed stab at the retail market. He noted that before things went south, their Kenyatta Avenue outlet, its biggest, used to sell Sh4 million worth of shoes monthly.

“We had very good margins. With Sh4 million sales, one outlet could run this company.” In hindsight, Abotula said there was nothing they could have done to stabilise the business as a Small and Medium Enterprise, with the main problem being “external factors.”

"There was nothing we could do. We were trying to survive and running in between rent payment arrears," he said.

Recently, the developers of Village Market and Tribe Hotel threatened to start liquidation proceedings against NBV over a Sh5.2 million debt. 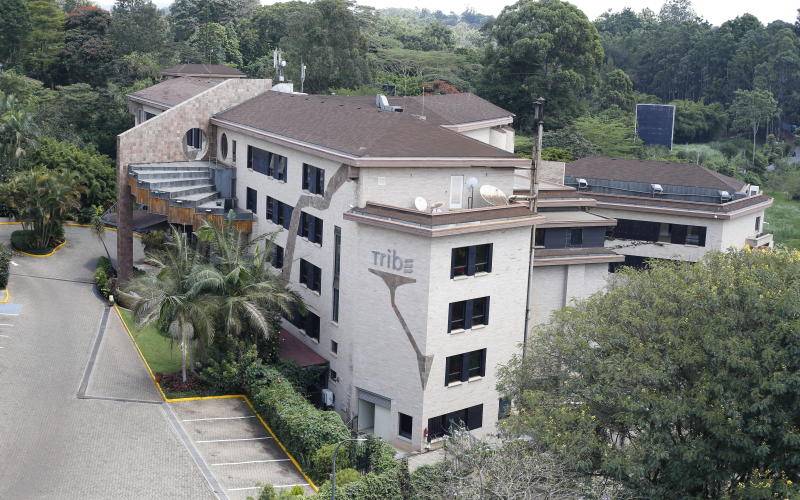 Abotula said Kenyan retailers have suffered as it’s easy to auction them and confiscate their stock or lock up stores, which is bad for business. Abotula, who started out as a financial accountant in India, noted that in other countries, auctioning is a rigorous court process.

"The system here is wrong… they were harassing us too much so we lost shops one by one and stock," he said.

In hindsight, he noted that even a capital injection couldn’t turnaround the business at that point.

The retailer recorded zero sales in the 2019-20 financial year, posting a loss of Sh39.5 million.

In 2018, ABC Capital helped NBV arrange a convertible note that saw them secure Sh30 million funding, which was used to pay off some debts and acquire stock.  Abotula said the cash burned fast and they kept recording low sales. “Even if you import 10 containers of stock, who’s there to buy with the purchasing power down?” he posed.

But soon, they were making sales of less than Sh900,000 at the branch against a monthly rent of about Sh1.4 million.

"We decided in 2018 that money alone won’t save this company. We needed a good product line to be sustainable,” said Abotula. With shareholders in mind, this meant a new solution had to be sought. For the next two years, they actively searched for a strategic investor to rescue the business.

"We said retail is not safe, but then we had already listed and with over 600 shareholders, we couldn’t let them down so I said even if I lose control of the company, it must survive,” he said.

Capital market regulators were also keenly monitoring the situation and were ready to ensure that another listed firm did not go down.

The search for investors for the business led them to Delta International, an infrastructural and industrial conglomerate operating across the East African region. Incorporated in Dubai, Delta is best known for its chemical manufacturing business, Shreeji Chemicals.

In October this year, a deal to take over NBV was signed off by shareholders and Delta has since acquired an 84 per cent majority stake in NBV for Sh83 million.

"I said it’s the right opportunity… I became a small shareholder, but the company will grow bigger. You need to know when to make compromises,” said Abotula. He said the coming on board of an investor with bigger financial muscles ensured NBV’s future was secured.

“According to my personal opinion, other retailers who are facing problems should be ready to give up majority control. They can survive that way,” he said.

“My shareholders all understood and always followed my vision and saw retail was a problem we needed to get out of,” he added.

He noted that the transaction went smoothly owing to support from NSE, the Capital Markets Authority (CMA), the board, company secretary and the legal advisors to the transaction.

NBV’s entire board was replaced, with Abotula being the only one spared because of his expertise in the capital markets. He said he doesn’t take losing the business “personally” as his end goal was always to take it bigger and is comfortable as a small shareholder in the company he started.

“I don’t have an ego. For me, business success is more important.”

Following the restructuring, NBV will now focus on importing and selling raw materials used by cement and steel processors and other companies in the infrastructure sector.

NBV will seek to ride on the government’s Big Four agenda as they also eye infrastructure deals across the region and continent.

The firm, however, has no immediate plans of entering the cement manufacturing business. Kenya has a competitive cement market dominated by the likes of Bamburi and National Cement Company.

Abotula said the demand for raw materials for steel, cement and glass can only boom.

He noted that for retailers, it will take a long time to bounce back, with the economy reeling from the Covid-19 pandemic. The last few years have seen Kenya earn the moniker of being a “retail graveyard” following the collapse of giant supermarkets and fashion stores.

“People’s first preference now is paying bills, not fashion clothing. Unless the economy is booming and one is making good money, they can’t buy expensive products in tough times.”

Would he consider venturing into retail again?

“We’re business people. Wherever there’s an opportunity we keep our eyes open,” he said in parting.