Competition in the telecommunications sector will lower prices for Kenyans 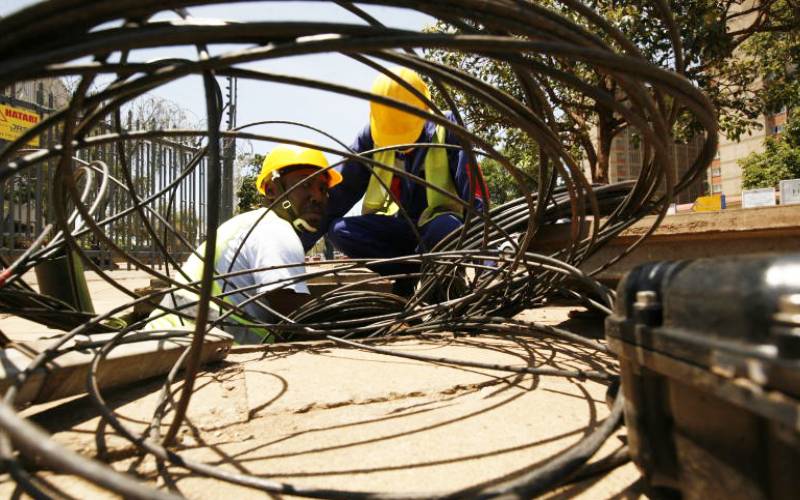 The death of Safaricom CEO Bob Collymore was a sad day for Kenya. He was a man who engaged directly with the followers be it on social media. He listened to what users wanted.

Moreover, his involvement in the anti-corruption campaign will forever remain part of his legacy.  His name will remain in Safaricom’s annals of history.

His tenure changed the face of Kenya. The telecom firm has remained the largest in the country, and one of the nation’s biggest employers. It has been identified by Forbes and other global rankings as a top place to work in Africa, with employee satisfaction far higher than average.

Indeed Safaricom has become part of our national identity. The State’s 35 per cent share in the company means it also plays a role in how it is managed. And recently, it made changes that will affect millions of Kenyans for the better. Most of us are intertwined with our phones in one form or another. Though staying connected to the Internet now has not been cheap, it is about to become more affordable and accessible to those who have lacked the means to stay updated.

Safaricom cut data prices by 42 per cent in a move meant to open up of the market to competition and grow user numbers and connectivity. While telecom firms in other African countries have also cut their prices, none have done so at the scale of Safaricom.

According to the firm, more price cuts are anticipated as they strive to fulfil their “commitment to drive digital inclusion.” The increase of digital inclusion plays a pivotal role in developing goals and must be available at affordable and sustainable prices.

We can’t live today without Safaricom’s M-Pesa? Who can do business today without it? The mobile money app has changed Kenya’s financial landscape and we are accustomed to using it as the predominant payment or transfer method.

High costs of sending money that used to be a major hindrance to cash flows have been eliminated. Opening up the mobile phone market was crucial in keeping the level playing field for anyone who wants to transfer cash, seek loan, or pay or receive salaries in modern-day Kenya.

Safaricom data price cuts are yet another boost to the economy. As more Kenyans gain access to the internet, the development will increasingly align with the rapidly changing industrialised world of the 21st century.

Access to the Internet stimulates the gig economy, which employs millions of Kenyans in various jobs such as driving for ride-sharing apps or other freelance work.

It is also a major game-changer in the field of education. Digital inclusivity offers young students a much greater breadth of knowledge from online sources and the ability to quickly seek new information. The State has done a good job of lowering prices by bringing competition to the market. And rather than controlling the telecommunications market, let the market forces take control. This ups competition, offers better quality and lower prices.

To achieve President Uhuru’s Big Four plan, the private sector must play its part and fairly.

By Awal Mohammed | 5 days ago