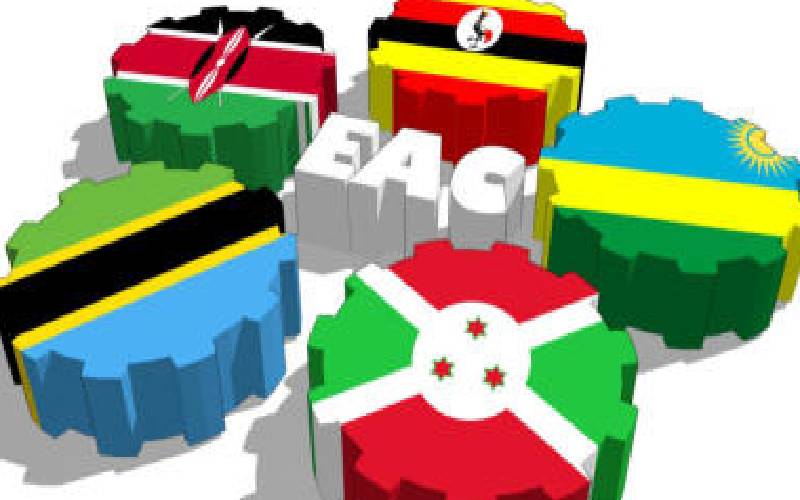 Regional feuds are reaching a boiling point. Last year, Excel Trucking a Kenyan-based transportation company was contracted to transport a consignment of goods from Mombasa to Soroti, Uganda on behalf of another firm.

The sub-contracting agreement mandated the company to deliver the goods to clearing agents - Rock Trust Contractors, on behalf of Wilta Cargo Services, another Ugandan firm, by December 31, 2018.  The goods were delivered by December 20, intact ten days to the deadline. However, Rock Trust Contractors impounded the trucks stating that it was owed money by Wilta Cargo.

“We were informed the trucks can’t be released until we pay Sh1.5 million which was unreasonable since we fulfilled our contractual obligations and have no part to play in any existing dispute between the two firms,” said Excel Trucking Chief Executive Francis Omondi.

The trucks were stuck in Uganda for three months with Rock Trust ignoring orders from Kenyan and Ugandan authorities to release them to Excel Trucking.

“This is very unprofessional and threatens trade relations between Kenya and Uganda because transporters from Uganda fear they could face the same treatment on the Kenyan side,” said William Kidima, an official at Wilta Cargo and a representative of Uganda Traders Association.

Last week, the trucks were forcibly removed from the custody of Rock Trust after intervention from Kenya’s Ministry of Foreign Affairs and Excel Trucking is now seeking damages for the illegal seizure of its assets.  “We have lost close to Sh2 million in business and expenses moving between Mombasa and Uganda and engaging legal recourse in Kenya and Uganda. We will be seeking damages on the same,” said Omondi.

This is just one of several disputes rocking the East African Community (EAC) that has raised concern over deteriorating trade relations between member States.  Currently, the main border crossing point between Uganda and Rwanda remains closed as both countries trade accusations of interference in domestic matters.  Relations between the two nations have been frosty but matters escalated in January this year when Uganda deported French and Rwandan top executives from telecommunications firm MTN over allegations of compromising national security.

Rwanda retaliated by closing its border crossing point to Ugandan trucks stating its citizens had been subject to arbitrary arrest, torture, and deportation in disregard to foreign policy conventions, an accusation Uganda denies.

“Uganda has been a vocal advocate for regional integration and building closer connectivity in trade between us and our neighbours, including Rwanda,” said Uganda’s Minister of Foreign Affairs Sam Kutesa early this month.

“It is therefore unfortunate that the movement of goods and people across our common border with Rwanda has been restricted. This harms our economies and social interaction and also threatens our integration efforts under the EAC.”

In a rejoinder, Rwanda accused Uganda of diversionary tactics maintaining its innocent citizens were facing mistreatment from Ugandan authorities in their attempt to go about their business. “The recent statements issued by the Ministry of Foreign Affairs of Uganda are diversionary and do not address fundamental issues raised by Rwanda,” said Rwanda’s Ministry of Foreign Affairs in a statement.

“Specifically, the fate of hundreds of Rwandans, whose names are known to the Government of Uganda, who have been killed, arrested, incarcerated without consular access and tortured, nor the close to one thousand illegally deported to Rwanda in inhumane conditions.”

“It is not possible to have free trade including free movement of goods if traders are killed, tortured, extorted and their property are illegally seized,” read the statement in part.

“These are the fundamental issues that need to be addressed. Claims that Rwanda has instituted trade embargo on Uganda are as untrue as they are diversionary.” Kenya maintains a diplomatic silence over the issue and has refrained from taking an official position even as President Uhuru Kenyatta last week met leaders of Rwanda and Uganda separately over the same.

“All we are trying to do is improve the environment for business for our people, build infrastructure and connect ourselves to each other,” said President Kenyatta at Rwanda’s national leadership retreat. “At the end of the day Rwanda and Kenya cannot do it alone but together we have a huge opportunity of growing prosperity for our people.”

Beneath the diplomatic rhetoric however, lies a tangible concern among Kenyan investors and exporters that the discontent in the region could impact negatively on the regional trade which is a big part of Kenya’s export market.

Rwandan president recently visited Tanzania in a mission experts say was meant to look for an alternative route in case things turns messy.

This could also affect joint regional transport and infrastructural projects.  The Kenya National Bureau of Statistics (KNBS) indicates that exports to the EAC stood at Sh114 billion in 2017, a six per cent drop from the previous year. Exports to Uganda, Tanzania, Rwanda, and Burundi accounted for 20 per cent of Kenya’s overall Sh594 billion in exports recorded in 2017.

Already, Kenya’s share of the EAC export market has shrunk considerably as an influx from cheaper goods from China and India and South Africa flood the region.  “We have expressed our concern with authorities in both countries that the stalemate at the border of Uganda and Rwanda does not augur well for the free movement of goods across the community,” said East African Business Council Chair Nick Nesbitt, who also heads the Kenya Private Sector Alliance.

Mr Nesbitt says the stalemate not only threatens the business of transporters and clearing and forwarding agents but also has a knock-on effect on the future of Kenya’s business interests in the region.

“To the extent that Rwanda could turn to the Rwanda-Tanzania corridor for its transport solutions, this presents a challenge to Kenyan cargo operators as well as the businesses and communities along the Northern transport corridor that depend on the same for their livelihood,” he said.

Rwanda is landlocked and served by the port of Mombasa through the Northern Corridor and through the Central Corridor that feeds from Tanzania’s port of Dar es Salaam.

Data from the Rwanda Revenue Authority (RRA) indicates that over 70 per cent of the country’s imports now go through the port of Dar es Salaam that provides a shorter and less expensive option for importers.  RRA Deputy Customs Commissioner Alex Mujeru said in a recent interview that recent upgrades by Dar on its port infrastructure and cargo clearing policies have attracted more Rwandan importers.

“So many changes have taken place along the Central Corridor since the EAC initiated the Single Customs Territory that have led our traders to favour the Dar port,” said Mujeru.

“For example, the non-tariff barriers that hindered transport of cargo in the Central Corridor, and which led our importers to take the business to the longer Northern Corridor, have been eliminated making Dar a more favourable option.”

“Food and beverage, metal and allied, building, mining and construction, chemicals and allied, automotive sectors are likely to be affected as they currently trade frequently with Uganda and Rwanda,” said Ms Wakiaga.

However, KAM remains optimistic that the situation will be resolved and that Kenya’s move to seek preferential trade agreements with new bilateral partners will yield new markets for the country’s manufacturing products.

According to Treasury, the 20 per cent tax was meant to facilitate faster clearing of goods at the port of Mombasa. However, shipping lines and transport companies have maintained that Kenyan authorities are to blame for delays at the port. The introduction of the 20 per cent tax has seen some operators shift their base to the port of Dar to avoid the additional costs.  Kenya and Somalia are claiming ownership of 100,000 square km of maritime territory along the Indian Ocean coast with potential oil and gas.