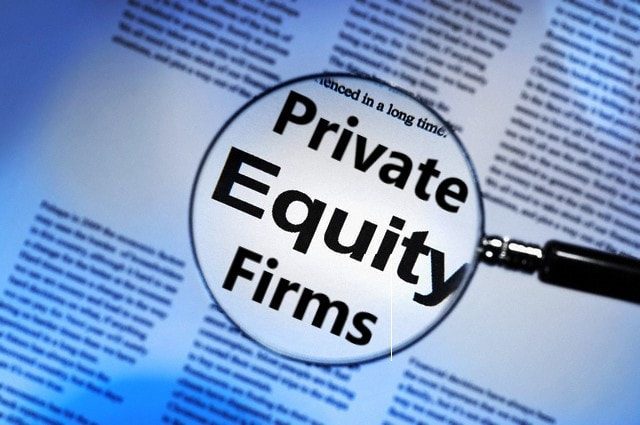 Most well performing Kenyan firms avoid private equity (PE) firms like the plague. They only seek their funding when businesses face huge risks or are on the verge of collapsing, with owners seeking an honourable exit.

During Nakumatt’s heydays, it scoffed off listing or selling a stake to potential suitors dreaming of getting a piece of once the regional retail giant that was going the Walmart way.

But when it faced financial woes and needed a bailout after piling excess debt in an expansion binge, the retailer turned to private equity firms for rescue.

Athi River Mining also opted for private equity from a British development financing arm CDC when the going got tough. It needed cash to restructure its debt. The cement maker is further pushing for more private equity financing from the International Finance Corporation.

Uchumi has also been linked to a US private equity firm as well as Kuramo Capital, seeking a bailout from the financial mess that has seen it close most of its outlets. Real People - having suffered a tough economic jeopardy and staring at default says it is now hunting for a strategic investor for a bailout.

Private equity is seen as a necessary evil, hostile money to take over businesses and is only taken as a last resort.

For long, Kenyan retail businesses were a family affair, resisting any attempt from foreign players seeking to buy into them.

Nakumatt, Naivas and Ukwala were all family businesses, hence making entry into the market difficult. Anyone willing to crunch the retail space needed to start from scratch which Game Stores, Carrefour and Shoprite had to do although this is not the preferable model for global players. Deepak Dave of Riverside Capital said the local industry resists entry of players seen as outsiders. “That mindset means PEs have to take minority stakes and assert influence; not to buy majority and drive the business,” Mr Deepak said.

“There has been a lot of bad experiences with family businesses that liked external capital that was not debt but had no wish to actually allow outside influence. It crippled returns and market expectations of what PE does.” It only under the downturns that we have seen buyouts including Botswana’s Choppies acing Ukwala and increasing its footprint in the country.

Players in the local industry say private equity propositions are geared to make returns on investments with little value proposition no wonder they are usually taken advantage of.

“I have been told by several people that they look at private equity money as funds that are too short-term seeking to make a margin for their investors but put too little in terms of value proposition,” a market dealmaker said.

“When a proposal centres on how much margins they can make for their clients, I look at it and see that I will only be making money for them, that’s what businesses say,” he noted. Aly Khan-Satchu, CEO of Rich Management, said the life cycle of an investment limit the extent to which PE firms can invest in a business.

Deepak says the industry has for years kept raising funds with the wrong timelines or unrealistic expectations of returns.

This is driven by compensation for the perceived risk premium and yet fitting the requirements of what PE was meant to be.

“In recent years, this at least has stopped, with funds being set up with realistic timelines, though returns are still a bit overblown,” he said.

Some also question how long private equity firms get to understand business. “PE Firms are either generalists or specialists, It depends on which strategy they are deploying,” Satchu said.

While PE firms target huge cash returns for the short-run, businessmen who have taken years to set up their firms see them as impatient and bulldozing who create boardroom wrangles with some investors describing them as ‘vultures’.

“Entrepreneurs need to understand they have to deliver. That it is not NGO,” Amalipo SmartDuka boss Marc Bouviere said.

“I am not sure the PE firms get it wrong, they simply come with a set of requirements that have been proven in the rest of the world. Africa lacks experience, but it will come,” Bouviere said.

“Another issue is opacity of firms where books of accounts and ownership do not reflect the true position of the entity hence bad investments or reputational risks? “Trust! It is a big issue here and lacks from receiving companies,” noted Bouviere.

Imperial Bank kept two sets of accounts which drew a different picture from what was really in the books of the lender and for a long-term, duped investor while money was being syphoned out of the lender.

“Very few of these firms conduct proper due diligence, its mind-boggling,” Satchu said. Foreign investments in Kenya remain relatively weak considering the size of its economy and its level of development.

This can be explained by a number of hindrances to investment, including poor infrastructure, lack of security due to terrorism and an unfavourable business climate and corruption.

United Nations Conference on Trade and Development shows that Kenya was in the small list of three countries that attracted less Foreign Direct Investment (FDI) inflows in 2016 compared to the previous year.

The report shows that FDI inflows to Kenya dropped 36 per cent to Sh40.7 billion even as inflows to East Africa rose 13 per cent. This is despite Kenya improving in the World Bank’s Ease of Doing Business ranking.

Kenya has simplified the procedures for the business creation, shortened the term of processing tax, obtaining business licenses, alongside the development of public-private partnerships.

This should have had a positive influence on FDI inflows.

The Chinese, whose investment in Kenya has surged best elicits the control of private money that can run businesses preferring greenfield operations.

Investments, coming from China, in the mining and hydrocarbon sectors and rail connecting Rwanda, Uganda, South Sudan and Kenya, for nearly Sh1.4 trillion has increased.

Some analysts say PE money is viewed as takeover cash because of insisting on businesses control. Businesses say PE firms tend to influence decisions to safeguard their interests.

This has driven the perception of takeover ‘vulture’ funds. PE firms, however, feel that without an influential person at the top, the prospects sold to them will only exist on paper as the companies make excuses and fail to deliver, giving their investors a raw deal.

Smart Duka’s Bouviere said Kenyan investors have been known to promise ‘heaven’ but deliver little. “There is a general fear that projects will not be completed 100 per cent,” he said.

Pain as governors set for exit with Sh104b unpaid bills