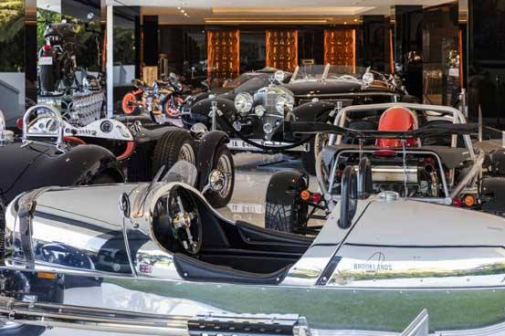 Nairobi carries big hopes ­— from window shoppers at Porsche Centre on Mombasa Road to the buyer who drives out in a Bentley — looking to add another ‘toy’ to his collection.

Henessy and Bentley are some of the top-notch brands that have set up shop in Nairobi, not only for geo-political reasons, but also seeking to tap into Kenya’s growing class of nouveau riche and an equally aspiring middle class.

Bentley has the same dealer as Porsche which, according to an April report on African Wealth, was the top selling luxury car in Africa last year.

Nairobi has already been identified as a hotspot for millionaires, home to 6,800 and 280 multi-millionaires in 2016, according to a report by a South African-based wealth firm, New World Wealth. It was released in April. Economists are also training their eyes on the millenials who tend to be flashy, trendy and attention-hungry.

“It is not just the super-rich who are attracted to top luxury brands. The aspiring middle class is also attracted to them,” notes X N Iraki, a senior lecturer at the University of Nairobi.

Dr Iraki says Generation Y value recognition and status more than the earlier generations, consuming luxury brands as status symbols. “Luxury brands become their status symbols ... just visit those stores and find out who are the customers, including window shoppers,” he says.

The Kenyan luxury market generated over Sh50 billion ($500 million) last year, which is a growth of 10 per cent from the previous year, according to the Africa Wealth Report 2017.

Kenya is also seeing a significant growth of high-net-worth individuals (HNWIs). The country has 9,400 dollar millionaires and 370 multi-millionaires, ranking fourth in the continent after South Africa, Egypt and Nigeria, indicates the report. 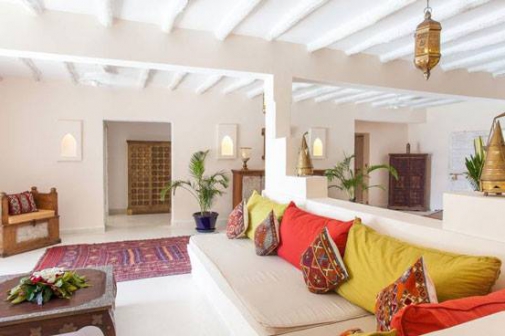 Iraki reckons that the rise of the country’s dollar millionaires leads to higher indifference curve that creates expectations of quality and value. “Simply put, once we have HNWIs, they force those in the lower levels to scale up. That could lead to higher standards of living as we demand more quality and value,” he says.

In a previous interview with Financial Standard, Henessy boss Bernard Pellion noted that Kenya’s growing middle class and developing upper class was a good starting point for them.

“There is a growing middle class and a developing upper class to start from. With the economy growing at six per cent, we expect to see earnings continue to rise if the socio-economic climate remains constant,” he said.

The report also puts Hennessy Cognac among the top three drinks most preferred by millionaires after the Johnnie Walker Blue Label  and Dom Perrignon champagne.

Property in Nairobi has also become one of the most sought-after in Africa, ranking sixth at $1,600 (Sh166,240) per square metre. “Residential property normally constitutes between 25 per cent and 30 per cent of the net assets of an average African HNWI. Popular properties for them include beachfront villas and homes in residential estates,” says the report.

The report surveyed about 900 private bankers and wealth advisers. It found that 9,400 people became multi-millionaires (worth more than one million US dollars) in 2016, a rise from 8,500 in 2015. Some 18 per cent of their investments were in equities, bond, cash, precious metals such as gold and silver.

The Africa Wealth Report 2017 also puts Kenya fourth as the most visited country in Africa by the ultra-rich. The over 4,000 multi-millionaires visited the country in 2016.

The multi-millionaires were mainly trooping to the Maasai Mara, with the Cottar’s 1920s Safari Camp in the reserve being identified as a top destination for Africa’s super-rich.

However, an emerging point is how to ensure that this wealth is firmly spent in Kenya as the reports notes that 34 per cent of HNWIs have second homes in other countries. Iraki points out that incentives such as making work permits and investments easier can make them to prefer staying in Kenya.

“Sometimes you need no effort. Just make life easier for them, welcoming, recognition and facilities that attract them, for example lodges, games and airports,” he says. “What keeps lots of expatriates here after their tour of duty?” poses Iraki.

Kenya also is ranked fourth as a top private jet market with 30 multi-millionaires owning private jets and 110 using them. In 2015, The Luxury Network Kenya (TLN Kenya), part of the UK-based Luxury Network, was unveiled, looking to capture local high-end products and services to serve a select-class of HNWIs.

Membership fee is reported to be between $10,000 and $20,000 to be renewed annually. Little Red, Bombardier Air Transporters and English Point Marina are some of the high-end brands that are members.

Security was a campaign issue in the just concluded general elections with the government more than once defending increased enrolment of personnel to boost security.