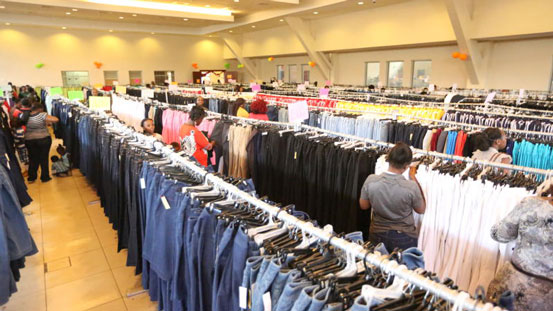 When politicians address charged crowds during these campaigns, they are less likely to make strategic economic road maps. This is as litany of promises roll out of their tongues.

This is especially so during the electioneering period. Politicians would have the electorate believe that they have thought through a strategy to ensure that manufacturing will be fast tracked through Special Economic Zone (SEZ), and that they have rationally made a plan including where these zones will be located.

If the number of economic zones and industrial parks that are being doled out is anything to go by, then this noble venture to spur manufacturing may be turning into an instrument to promote corrupt cronyism and reward businesses that are close to powers that be is defeating the logic of setting them up.

Pundits argue that having many EPZs and SEZs will make them lose their treasure and value. Since President Uhuru Kenyatta signed the SEZ Act in September 2015, the government has set up SEZ designated areas in Eldoret, Athi River, Naivasha, Kisumu, Mombasa, Nairobi and Lamu.

The Jubilee government is planning to dish out another SEZ in Voi while the National Super Alliance (NASA) has promised to set up one in Kitui.

“We will initiate an industrial park here in Kitui where the youth will get tools and training, and money to set up their own businesses,” NASA presidential aspirant Raila Odinga said on Thursday last week while on the campaign trail.

“These will specifically target industries, agro-processing plants, value addition initiatives that will literally process everything that we produce,” the Deputy President William Ruto said during an interview with a local radio station recently.

“Thus, instead of exporting tea, for example, that is then processed and repackaged as tea bags in other markets; we will be able to export everything that is processed in Kenya. We are targeting 6.5 million jobs over the next five years.”

However, when the Financial Standard set out to find out how these SEZs were mooted, what criteria was being used to set them up that will grant firms huge tax benefits, the Ministry of Industrialisation under whose jurisdiction the SEZs fall declined to comment.

It did not either give the modalities of implementing the Act that has seen the Government dish out licences and politicians promise more of their rollouts as a campaign bait. Observers however note that the issuance of SEZ licences have not been well thought out.

“There is a lot of arbitrariness with no thinking behind it. The Authority has no clear strategy and on which basis they are using to give Eldoret and not Kisii or Kisumu and not Kakamega,” said Executive Director Tax Justice Network Alvin Mosioma.

“There is also arbitrariness on who will determine which firms will be allowed into the SEZ and whether it will be Kenya Revenue Authority, the Finance Minister or Parliament. We should consider clarity and identify the authority to manage the tax breaks.”

When the SEZ was mooted, 3400sq km or 840,000 acres of land was to be set aside for SEZs and is strategically located so as to ensure it easier to export and access inputs, including raw materials according to Oxford Business Group (OBG).

At the time the SEZs were only designated in Lamu, Mombasa and Kisumu. Later, the Kenya Investment Authority Managing Director Moses Ikiara told OBG that the likely fourth SEZ location would be in Naivasha, near the Olkaria geothermal power plant.

The advantage here would be access to cheap power and linking the town with the Standard Gauge Railway.

However, as elections drew nearer, the SEZ pie started being sliced a bit faster and in May this year, Industry CS Adan Mohamed declared 4,733.7 acres of land belonging to Tatu City in Ruiru, Kiambu County, as a Special Economic Zone via May 22 gazette notice. In June 30, CS Mohamed again gazetted 100 acres L R No. 12009/2 in Kitengela and Machakos counties as SEZ areas.

In what could be seen as emasculating the SEZ authority, Deputy President William Ruto while unveiling the industrial park in Eldoret said that the Chinese investors approached him with a request that they would like to put up an industrial park in Nairobi but he insisted that they set it up outside of the capital city in keeping with the spirit of divesting from the centre.

In CS Rotich’s budget speech this year, firms in the SEZs were given the biggest incentives including exemption of dividends payable to nonresidents in order to ensure that foreign investors get a good return from their investment.

Rotich reduced the withholding tax on interest paid to nonresidents working in SEZs from 15 per cent to five per cent. The firms, to be set up in three zones — Kisumu, Mombasa and Lamu, will also be allowed to deduct 100 per cent of investment cost of building and machinery.

CS Rotich further exempted the firms operating in SEZs from export duty and Import Declaration Fees on goods exported to and imported by the licensed enterprise.

And while the SEZ Authority is supposed to license the firms that operate in the special zones, the way licensing issue is being handled does not inspire confidence.

The obscurity on how the SEZs are being handed out creates a major concern considering the raft of incentives attached to the idea that seeks push Kenya into a new golden age of prosperity.

A number of issues crop up. In the case of Tatu City, for instance, firms have already set up there, so it is assumed that all of them will automatically acquire the status without reviewing if they fit the bill. Tatu Industrial Park has so far attracted more than $500 million (over Sh50 billion) worth of investment from firms setting up plants in the zone including Chinese gas cylinder maker, Tianlong Cylinder, Unilever, Chandaria Industries, coffee firm Dormans, Kim-Fay and Africa Logistics Properties.

Besides, the impact of giving many concessions under the SEZ facility has the potential to negatively impact on tax collection.

It could also lead the country to path taken by Export Processing Zones that no meaningful impact on job creation and growing the country’s exports as expected before its launch.

According to the Tax Justice Network, the manner that SEZs are being dished out, there will be numerous instances where companies will create subsidiaries in SEZ to escape paying taxes.

“Kenya is risking internal transfer pricing situation whereby company X with two subsidiaries— one operating in SEZ and the other outside, could easily escape paying taxes by having the one operating outside the zone declaring losses, while the sister firm declaring profit that legally is exempted from any taxes,” Mosioma explained.

“Another issue is revenue leakage. Tax Justice Network did a review where we saw that Kenya was losing up to $100 million (over Sh10 billion) as a result of EPZs. And there was no evidence that the zones attained additional investments or gave back dividends to the country. In fact, other countries are phasing out these kinds of projects because they have realised it offered little benefits.”

He added that the trade-off, where the country will give concessions to firms needs to be critically looked at to ensure that in return, there are more jobs created besides having the goods being manufactured made export focused products or have linkages to the domestic economy.

One of the crucial issues in developing a successful SEZ facility is penetrating into the competitive global market.

This requires the availability of strong domestic and international manufacturers.

The country needs to strengthen what it has already started to successfully make its way to the international market.

It is crucial to attract multinational companies. The coming in of companies that have established their profile in the global market is vital as the move ensures a special status for the country, creating wonder among the business community.

Such companies provide training to their newly recruited staff at different levels inside the country and abroad, a huge deal of knowledge and experience could be drawn from the operation that eventually guarantees an accumulated know-how for the intended industrial development. Analysts however say that if well implemented, SEZs can boost and spur the economy, especially in manufacturing which has stagnated at below six per cent for over a decade.

The zones can also achieve the intended objectives of job creation and increase Kenyan exports.

“We are playing catch-up with our neighbour Ethiopia which has stolen a match on us. So we needed to expedite the process and roll-out,” said Rich Management Chief Executive Aly Khan-Satchu.

“The biggest challenge today is job creation. I believe the SEZ playing field will attract businesses that will in turn create employment. Value adding and employment is surely part of the deal.” The acting Chief Executive Officer Kenya National Chamber of Commerce and Industry George Kiondo lauded the government’s efforts, adding that the process has been above board.

“SEZs are orientated towards both domestic and export markets; they also offer same incentives to both foreign and domestic investors unlike EPZs. There is a scope for skilled labour force rather than manual jobs,” he said.

The Kenya Association of Manufacturers (KAM) observed that for the SEZ to work, it would be essential to have a level playing field, noting that the companies operating outside SEZs should not be disadvantaged.

“KAM advocates for a level playing ground for effectiveness and efficiency in operation by companies. We are in midst of unpacking the Act and developing a position to help local manufacturers take advantage of the opportunities in the Act,” said KAM Chief Executive Phyllis Wakiaga.

“Our emphasis is that non-SEZs and non-EPZs companies should be accorded a level playing field to nurture local industries to grow.” While they may not been given similar tax holidays like their SEZ counterparts, KAM chief executive called for modalities of creating linkages with the domestic economy and value chains that would create more direct and indirect opportunities for non SEZ players.

“For firms to enter into the SEZs, they will have to guarantee they can create forward and backward linkages, jobs and exports. If this is implemented, the multiplier effect could lead to growth in the economy, subcontracting opportunities for the manufacturing sector and market linkages,” said Wakiaga.

“This will thus, limit entry of many firms who do not meet the criteria since they will be required to showcase the ability to integrate the sector.”

My big break with Aly-Khan Satchu who runs Rich Management

Hotels bet on tech to shore up market reach

The Internet has revolutionised operations and marketing of businesses. In Kenya, the food service industry is adapting to this new wave of interruption that is paying off handsomely for some players.