It has been branded as a bare-bones vacation. That everything is covered by the holiday package.

This is a new, "all-inclusive" concept where guests, mostly from overseas, pay a lumpsum for hotel accommodation and accompanying services even before stepping into the hotel lobby.

Once popular with European clientele, the concept is now widely accepted by local tourists, mostly travelling as a family.

Tourism gems off the beaten track

According to the Mombasa and Coast Tourist Association chair, Mohamed Hersi, the concept is not a unique thing in Kenya.

"It is sold in other parts of the world mostly in the long haul idyllic destinations of the Caribbean, some parts of Europe, the Americas and East Asia,’’ Hersi said.

Hersi, who is also the Regional General Manager for Sarova Coast Hotels, says a notion exists that the concept never benefits the local market.

"The argument that because tourists pay at point of origin, then money does not flow to the end channel is false," he said.

However, he says what seems to have given the "all-inclusive" concept a bad name stems from the fact that some hotels, which practise it, tend to undercut others and offer "very cheap" services instead.

"This is a reality we are faced with as industry players," he said.

"Some hotels have drastically reduced what they charge in order to attract more clients."

Hersi says the concept emerged in Kenya at a time the country was experiencing political turbulence in Likoni area in 1997 and the terrorist attacks in 1998.

"There is an increasing demand with Kenyans who travel in family units going for it,’’ Hersi says.

His sentiments were echoed by the general manager of Kaskazi Beach Hotel in the South Coast, Ben Onguti.

He says 65 per cent of overall occupancy on a yearly basis at his 191-roomed beach hotel has been taken up by ‘all-inclusive’ guests.

"This new plan allows for planning . One only needs to carry little money around in case of any extra purchases he or she wants to make,’’ Onguti said.

British holidaymaker at the Sarova Whitesands Resort, Mr Jonathan Andrew Knights from Wiltshire on an all inclusive holiday package terms it as comfortable holidaying plan. "It gives you some comfort. There are massive hidden extras that come with it,’’ he adds.

Knights, on his first holiday in Kenya, says he knew it would not be sensible to walk around on his first encounter and opted for the "all-inclusive."

"We travel as a family unit and so far so good. The hotel service here is exemplary. Beverages are reasonable and wine is okay and palatable,’’ Knights summed up.

However, travel expert, Paul Kurgat feels otherwise. "It is a cheap package that doesn’t really benefit the local man next to the hotel that operates as all ‘inclusive’ package," he says.

He argues that most visitors on "all-inclusive" packages lack options to explore what lies beyond the gated hotel residences.

He agrees that undercutting has watered down the once attractive package.

Major hotels fully booked in Mombasa ahead of Christmas celebration

Customers who present old cheques to their banks for clearing from next week will incur heavy monetary penalties and will have to wait for at least 21 days for those cheques to clear if the new cheque truncation system takes effect from Monday as scheduled. 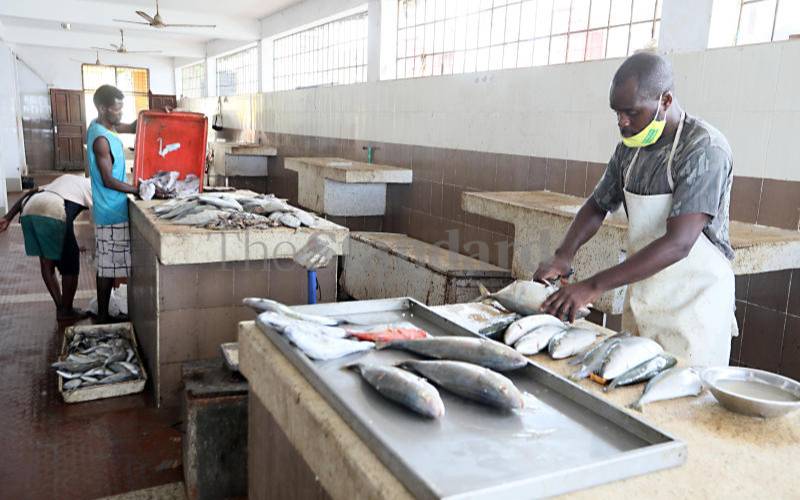 Fishing industry chokes under the foul stench of neglect
Feedback