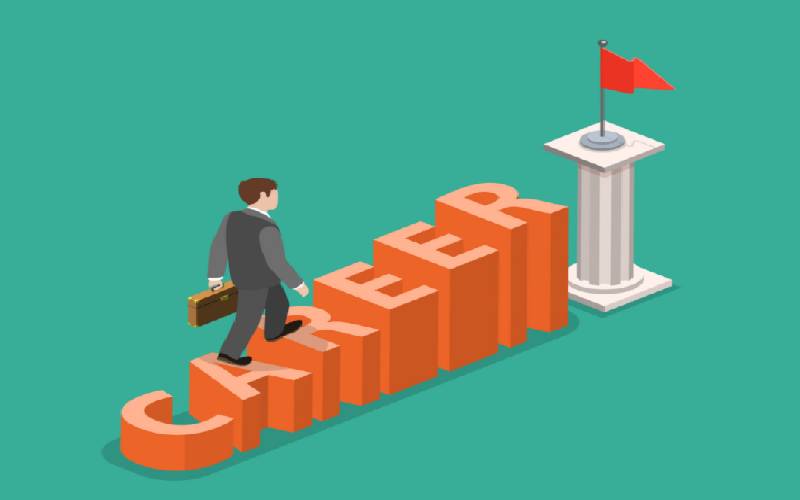 When Kennedy Osano joined a bank in January 2009, he was part of the cleaning crew, earning a net monthly salary of Sh18,000. At the time, he harboured a secret ambition of being a journalist but he was open to whatever chances that would come his way. Today, at 32, he is the Group Head of Treasury at Anvil Shield Group. He credits emotional intelligence as one thing that has largely got him to where he is.

Why credit emotional intelligence for your success and not hard work?

Well, the then branch manager at the bank says that she noticed me because of the confidence I had in dealing with mishaps. See, my parents died when I was pretty young. So, when you are an orphan and poor, you have to fend for yourself. I had to stand up for myself a lot and still learn to get along with people. After I joined as a cleaner, I asked a lot of questions; I was eager to learn. Down the line, she put the right goals in front of me on my path to success. Emotional intelligence is knowing when to say what and to who. And knowing when to be quiet. I am able to meet you at your level of comfort. That is a valuable thing to have.

Tell us about your early cleaning days…

I would wear a suit and a tie like the other white-collar guys and show up to work. In my suit, I’d spend the mornings cleaning the banking hall: I’d wipe down the desks and mop the floors. I’d then make tea and serve everyone in the office. At around 10am, I’d deal with the mail and at around 1pm, my job was basically done. After this, I used to go sit with a born-again Christian teller who didn’t want people like me next to them – back then my ringtone was ‘I Got Money by T-Pain and Lil’ Wayne (Laughs). To win his trust, I changed my ringtone. We became friends. He taught me how to post a cash deposit and cash withdrawal. In a month or so I was good at it.

Since I was a subordinate staff, I was obviously not allowed to have credentials to serve customers. But I caught the eye of the then branch manager. One day, when a teller didn’t come to work, I convinced the manager that I could do it. I have dressed up for it anyway. And thus began my first day as a teller. It, however, turned out to be a more exciting day than I had bargained for.

At the end of the day, the accounts were short by Sh800, 000. The manager took it upon herself to ensure that we found the money – it’s not that I had paid someone in excess, it’s just that I couldn’t account for it. Luckily, the next day, we found it; an accounting mix-up.
In 2012, about two years later, I was promoted from a teller to the front office. Since my training was an in-house arrangement, I was not given an official title, but I was given responsibilities.

How did you work your way into treasury?

When I was moved to the front office; I interacted with clients who were selling dollars and I became the point man of the treasury department.  By then, I was completing my degree in marketing from Kenya Methodist University. I saw a chance at treasury and took it. In 2014, I was promoted to assistant manager, treasury sales. I was basically a de facto head of treasury sales.

Did your background make you feel inferior to your colleagues?

The people around me were really polished. Most had gone to say London School of Economics or University of Cape Town among others. So yes, I did feel inferior.  I knew that for me not to feel that way, I had to be at their level. I read up a lot, did certificate training on treasury, and eventually, a Master’s in finance, to be at par with them. One thing that I had learnt earlier is that in the banking sector, you must continuously learn even though that means going back to school.

Then you changed jobs….

Yes, I moved to another bank. I realised that for me to be promoted, my boss had to resign or die – and she didn’t have any intention of doing either. I applied for and got a job at the second bank as Head of Treasury Sales in 2015. The money was not good, but the title was. My career perspective is this: I’d rather be a big man in a small bank than a small man in a big bank. Then I got a job at another bank as manager of Treasury Sales in 2016 and this opened my eyes to bigger possibilities. I could be anything; I could train myself; I could bring in business. I had a very good boss who taught me the power of humility and good leadership. He taught me that the only time you are supposed to bow is when you’re praying. Otherwise, whether you made the deal or made a loss, you hold your head high. Soon after, I was headhunted by another bank as head of Global Markets.

Your stay at this bank was short-lived.

Yes. I’ve always wanted to work in an international organisation but when I realised that I was a small man in a big bank. I thought maybe, as the bank expanded and grew, I was going to find my way outside the country. But it didn’t seem possible. Things I thought could take the department of the organisation to a different level, could not be done. So I left after three months. As I scoured for jobs, I registered at the University of Leeds to do my PhD and my focus was on financial inclusion.

Was being jobless jarring for you?

Before I got a job, for the period I was home, I wrote 2,400 job applications in two months. I did between six and 10 interviews and only got two job offers; one was in Afghanistan. The other job offer was with Anvil Group as the Group Head of Treasury. I obviously grabbed the latter and I dare say that this is one of the best decisions I’ve made. They have given me a chance to implement ideas that I have.

What I have learnt so far about growing a career

1. You need mentors.  I have mentors who I seek out when things aren’t working out. My mentors have taught me that when things don’t go my way, I should not whine about it. That my career depends on me and not the organisation. Mentorship and coaching are key. You cannot rise alone. You must be held by captains and giants in the field.

3. Have a timeframe when it comes to achievements. When I get a new job, I give myself a maximum of three years. By then, I should have learned from my bosses and empowered my juniors. Time frames help you know if you are growing or stagnating. In January 2020, I’d said that before the year ends, I will have either of two titles: reporting to CEO or I will be a ‘head of’ and that’s happened in a bigger way as I am now a ‘group head’. If you don’t have a target of where you are going, you will walk aimlessly. Look at the resources and the advantages that you have. Put them together and push yourself towards your goal.

4. Work relationships matter. Your success or failure depends on how you relate with your colleagues. And you will never succeed if your boss doesn’t want you to. Your interdepartmental synergy with colleagues is very important. You must have integrity – even if you have to rent it.

5. Young people seeking employment now should be open-minded. Upskill and be ready to take up any role given regardless of the pay. When hiring, I seek agility, tenacity, look at one’s interpersonal skills and general knowledge of what is going on in the world.

Negotiation is a very important skill that every entrepreneur should develop, especially when bootstrapping