7 bad habits that are good for you 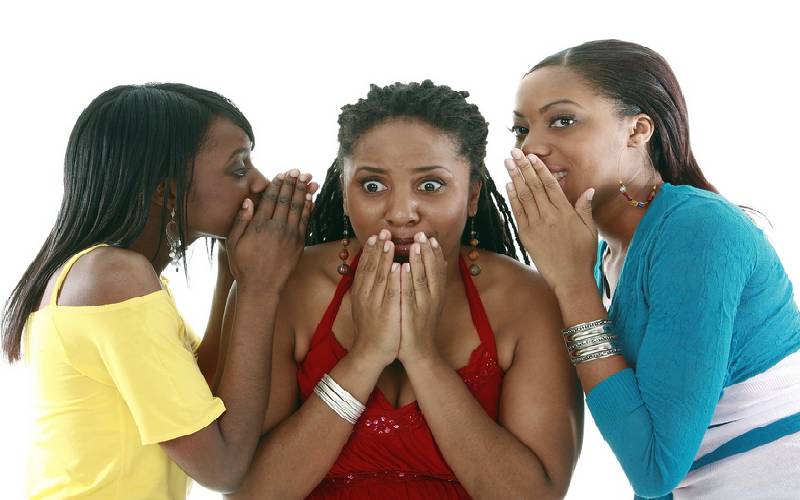 We typically group habits into two categories: good and bad. While the line between them might appear to be clear, it can sometimes get blurry.

Some habits labelled ‘bad’ do actually produce great, productive results. Here are just seven habits that scientific research shows you shouldn’t worry too much about.

Daydreaming can occupy up to a third of our waking lives, but it’s often seen as a waste of time and is associated with laziness and procrastination.

However, research has found that the ‘executive network’ in our brain is highly active when we’re daydreaming. And that sleepiness you feel when you drift off into a daydream? It can actually boost your brain power.

According to a study published in the Proceedings of the National Academy of Sciences of the United States of America, the areas of our brain used while we daydream are the same ones that help with complex problem solving. So, daydream away.

Talking about other people is a global fascination. People can’t resist a good story or secret – there are magazines and TV shows devoted to celebrity gossip and members of the public telling tales.

And in an era where mental illness and stress-related diseases are on the rise, it turns out that sharing other people’s news has a whole range of mood-boosting benefits.

Researchers at Brown University found that most people’s mood improved for up to four hours after spending just 20 minutes gossiping with a friend. A whopping 96 per cent of people were able to reduce tension and anxiety this way.

Gossip can help you bond with whoever you’re speaking with, it can help you learn a bit more about the individuals and situations around you, and laughing over some scandalous story can release feel-good hormones that help combat stress and anxiety.

We have heard and read all sorts of scary stuff about coffee, from it causing cardiac problems and stunting growth to affecting sleep quality.

But for those who can’t imagine back-to-back meetings without a shot of caffeine in their system, there’s some good news.

Coffee has been found to be full of antioxidants, and some of the chemicals in your cup can help fight Parkinson’s disease, Alzheimers, liver cancer and even improve memory.

Additionally, some studies show that women who drink two or three cups of coffee a day are 15 per cent less likely to be depressed.

However, the science is agreed that too much of a good thing can be dangerous, so aim for a maximum daily intake of 400 milligrammes of caffeine (about three cups of coffee).

Shouting expletives in the middle of the street or in a stormy meeting isn’t recommended, but studies suggest that in certain situations, swearing may actually be good for you.

According to a study by the University of East Anglia, swearing at work could help employees cope with stress and maintain solidarity.

However, the study also notes that swearing should be reserved for crises, as the higher the daily swearing frequency was for participants, the less pain relief they experienced.

If you’re an average person, chances are you’re constantly wishing your home looked more ‘Instagrammable’, that things were always clean and sparkling, and that you could invite guests over unexpectedly without rushing around in sheer panic trying to tidy everything up.

People who are messy may sound like they’re making up lame excuses for their bad habit by pointing out how disorder helps them to be creative. But it turns out they’re right.

In a study published in Psychological Science magazine, scientists found that a messy environment can actually be great for creative thinking.

While participants in a tidy room were more likely to donate money or choose a healthier food option, those who were in the untidy environment were able to come up with more creative solutions to problems, and think outside the box.

So, if you’re an entrepreneur in the creative space and your desk is a little messy – that’s perfect.

What could be a bigger waste of time than trawling the Internet for cute animal videos? Apparently, as counter-productive as it seems, this common habit can actually help your brain focus and complete tasks accurately.

Now that you can guiltlessly surf the web for cute animal videos knowing you have science on your side, why not do one better and look for funny pet clips. Laughter reduces blood pressure, relieves pain and makes the body more resilient to stress.

For obvious reasons, repeatedly missing showers won’t win you any friends or help you influence people.

But if you’re ever tempted to skip a shower here or there, research suggests that you could be doing your health (and the environment) a favour.

Daily washing not only strips your skin of the natural oils that keep it hydrated and supple, it could also strip it of good bacteria that help prevent disease.

If you do decide to skip a shower, however, don’t pick a day when you’ll have vigorously worked out. No well-meaning explanation will make up for the odour produced.

Partnership lessons that built us a fleet of 415 trucks

By Nancy Nzau | 6 minutes ago