5 timeless lessons from a rich dad 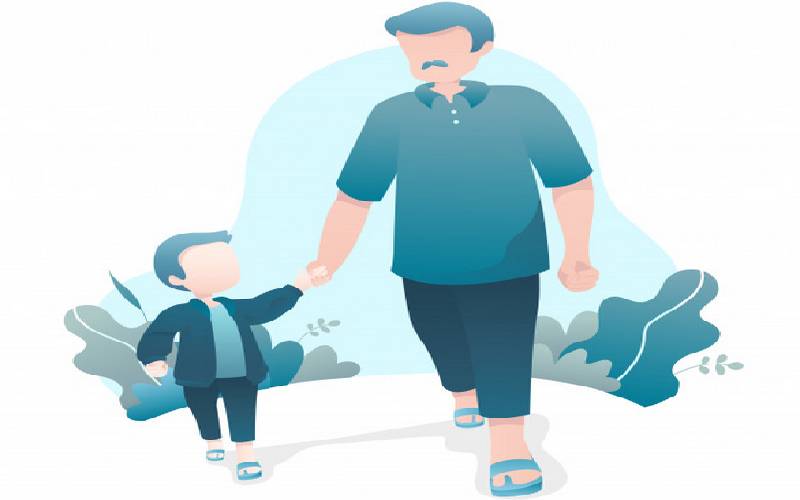 Most people would want to be rich – or at least earn enough to not have to worry about meeting their bills every month.

However, many of us die without ever having this become our reality.

And then there are those who go to school to find a safe, reliable job, with benefits and a promotional structure, take that type of job, save their money little by little, pay their bills and expenses first, and then spend what they have left over last.

They repeat this cycle for the rest of their working lives, but this ultimately never allows them to get ahead or become financially independent.

Robert Kiyosaki is the author of Rich Dad Poor Dad: What the Rich Teach Their Kids About Money – That the Poor and Middle Class Do Not. In the book, he argues that becoming financially independent requires you to have your money work for you, rather than you working for money your whole life.

How the fallacy of growing consumer class was born

Kiyosaki grew up with two father figures: ‘Poor dad’ who was his real father and died with bills to pay; and ‘rich dad’ who started with little before becoming one of the richest men in Hawaii.

“I noticed that my poor dad was poor not because of the amount of money he earned, which was significant, but because of his thoughts and actions,” he writes in the personal finance classic. Here are some of the timeless lessons he learned from his ‘rich dad’ that helped him master money, build wealth and ultimately retire comfortably at the age of 47.

1. Make your money work for you

To be rich, people need to control two emotions: fear and desire.

They fear not having money, so they work harder. However, when they get paid, greed kicks in, which causes them to think of all the things they could buy.

Fear is essentially what drives us to get out bed and go to work every morning, and desire is why we’re tempted by pay rises because we want increasingly expensive toys as we go through life, from sweets to clothes, cars and houses.

Most people miss out on opportunities because they chase after money and security, but once you get rid of this, you’re able to view the world in a different way.

There’s no doubt that it takes work to get rich, but you need to do the right kind of work.

2. Mind your own business

You have to take control of your own financial future, and be more conscious of minding your own business, and not killing yourself for someone else’s dream.

Kiyosaki advises that you try to figure out different legitimate ways to build wealth, look for opportunities or invest in businesses to build more assets and generate a strong flow of income.

And then use this income to generate more returns or wealth so that it leads you to financial freedom. Effectively, your money should do some heavy lifting.

Each month, invest a certain amount of money into an income-generating asset before you pay your bills. And if you come up short? Use this pressure to inspire you to come up with innovative ways to get enough money to pay the bills before debtors come knocking at your door.

This is a difficult, but very important principle.

However, it doesn’t mean that you should be irresponsible. Always pay your bills.

Just pay yourself first, not last. If you pay yourself last, you won’t feel the pressure, but you also probably won’t come up with new sources of income either.

4. Work to acquire life skills, not for money

You’ve probably heard this before and dismissed it as advice given by people without things to pay for: people are “one skill away from great wealth”.

Life skills (like communication, management of systems and people skills) are just as important for financial success as more technical knowledge, and are not taught in school.

Work on acquiring these life skills to help yourself get on the path to financial freedom. Effective communication and people management skills, for instance, make it easier to find meaningful information that you can use to climb up the ladder.

“Often in the real world, it’s not the smart who get ahead, but the bold,” says Kiyosaki. The standard thinking is to put some cash away every month in a bank account and come back to it in 40 years.

Kiyosaki, however, argues that this limits people’s mindsets and ability to take advantage of opportunities.

He explains how in the early 90s, when the property market in Phoenix, Arizona, was terrible, he took to making deals outside courts and bankruptcy lawyers’ offices.

He didn’t go to real estate agencies, even though property prices were massively marked down.

Under his method, Kiyosaki would buy a house valued at Sh7.5 million for Sh2 million or less. He’d then sell it later for Sh6 million.

He and his wife made six such deals, each spending about five hours. They created more than Sh19 million in assets from these deals – how long would it have taken them to save this much?

The bottom line is that taking a calculated risk can help you to build wealth. And you become smarter with each experience.

By Brian George | 20 hours ago

By Frankline Sunday and Peter Theuri | 21 hours ago

Why social media is your brand’s best marketer

By Isaiah Gwengi | 23 hours ago