Agricultural land in the lower Eastern region has continued to dry out, becoming more barren as weather patterns keep on shifting due to climate change.

The looming crop failure is leaving farmers scratching their heads. Drought has left farmers in Machakos, Makueni and Kitui counties deprived even of the little-found number of fruit trees and crops that perfectly adapt to these desert-like environments.

Unlike the past few years when locals had hopes for yields from dry land seeds such as millet and sorghum, things are tougher this season, with the weatherman telling the locals to brace for worse seasons ranging from October, November to December.

According to Mr David Gikungu, the Managing Director at the Kenya Meteorological Department, there will be late short rains that will also end earlier than usual.

“There are expected delays in the coming short rains from October-November-December that will also have an early ending than it is supposed to be,” the weatherman says in his report.

The weatherman attributes the reduced rainfalls to the climate change aspect that has caused la Nina, a cool phase of the El Nino cycle.

Farmers have been urged to plan accordingly ahead of the rainy season but most seem unmoved, and not knowing how best to prepare.

Meanwhile, across the region, farmers are already preparing their farms notwithstanding the past bad experiences in crop failure, for lack of an option.

A spot check by The Standard at Masongaleni ward and Makindu in Kibwezi paints a picture of a dire situation, with many left to feed on wild baobab fruits.

In about 10 villages within the Kiboko C settlement scheme on the outskirts of Makindu town, residents are badly stricken and they are forced to have only one meal per day.

Ms Ann Ndinda, from Vombo village, Kiu in Makindu sub-county, can hardly meet the basic needs such as food and water let alone to educate her 10 children.

Although Ndinda has her husband alive, she says he has no income. The situation has forced her into washing clothes at Makindu market to fend for her children. She wants the government to move in and address their needs.

“Mostly, we survive on single meals per day while sometimes I fail to get anything for the children. Yesterday we didn’t take anything for super and the children just woke up and went to school. We are hopeful today we will have something to eat,” said Ndinda at her home.

A kilogram of maize at the nearby Makindu market is stocked at Sh85 and the family of 12 feeds on two kilograms on a good day, she says. The family has sold everything and only one goat has been left.

“I am keeping this single she-goat you’re seeing tied there because we are expecting to start milking soon,” she adds.

On this particular day, she is at her home with her two last-born children. One of them is nursing burnt wounds she recently sustained recently as they milled around boiling porridge made for super.

She will soon start tilling her land; hopefully to get something into her grass-thatched store.

“I hear the government is distributing fertiliser to farmers at a lower price but even if the fertiliser is given for free, I can’t go for it because of the erratic rains we experience. Even with the fertiliser, we will still yield nothing,” she added.

Catherine Ndunge is the Kiu Assistant Chief. She says people in need of food flood in her office every morning and out of mercy she has to sometimes purchase food for some families as they wait for relief foods.

“I sort out food problems every morning in my office and that has become a norm. Education is an option because you can’t force children to go to school hungry,” said Ndunge.

Samson Kitemange, a Kangundo resident who has been growing maize and beans in his three-acre piece of land, says he was unable to break even for the past year.

“We have incurred huge losses in the farm due to the drying up of crops every time we plant. But we have limited options at hand despite the warning about poor rains. We hope that we will reap just enough food for domestic consumption,” he said.

The majority here just like Kitemange are counting on the availability of the affordable fertilizer which was dispatched by President William Ruto last week to boost their yields.

“One of the biggest challenges in farming has been the high cost of fertilizer. We are hoping that the relief on the cost of fertiliser will reach all farmers on time before the onset of the short rains, which is most relied upon in this region,” he said.

Water has also become an issue. The majority of seasonal rivers and water reservoirs are running dry, exposing residents to the risk of consuming contaminated water.

“We have been forced to consume very dirty water from an exhausted dam after many seasonal rivers dried up. We cannot imagine what will happen if rains delay,” said John Mwendwa, a resident of Kithunthi village.

The coming rains will start on the first or second week of November and stop on the third or fourth week of December, with the Kitui Met Department predicting that the rains will be less than normal and thus will not be sufficient for food crop production such as maize which majority of the people plant.

To alleviate this situation, the National Drought Management Authority has moved to de-silt dried earth dams such as Kwa Ndaki dam in Kitui south which was a major mainstay for the area residents.

Raphael Nzomo, the MDMA chairman says already they have de-silted six earth dams across the county and have constructed a few others in preparation for the short rains expected to begin in November.

Some of these are Ngengi, Kalimoni, Kaveleta, and the latest Mbarani earth dam in Mwingi North which is now the only major source of water for the area residents.

“The general idea is to have these dams ready to harvest water once the rains begin. Farmers can then use the water to grow their own food crops under irrigation,” says Nzomo.

The Kitui County government under Governor Julius Malombe has also moved in to solve the biting water insecurity.

Of significance is the Kangu Kangu water project in Kitui South that stalled five years ago but has now been revived and is expected to feed tens of thousands of people.

Dr Temi Mutia, the head of value chain development at Regional Institute for Social Enterprise (Rise) Kenya, a local NGO, says residents should abandon rainfed agriculture due to the shortage of rains.

In Kitui, Dr Temi singles out major seasonal rivers such as Nzeeu, Tyaa, Enziu, Tiva, Ikoo, Thunguthu and Katse whose water should be harvested and utilised for irrigation farming.

The expert says samp wells constructed along these rivers would solve 60 percent of all water problems in the county. This will, in turn, boost food security.

“Samp wells are a sure water solution. This will give us enough water and farmers will be allowed to grow crops along the riparian areas,” says Dr Temi, citing an example of a samp constructed along River Tyaa in Mwingi  which is a main water source for the residents.

He cautions against sinking boreholes, saying they are not reliable and mostly produce saline water. A big number of them end up drying up, he says.

Dr Temi says with water security, the farmers should be advised to grow high-value crops that can be sold locally and abroad.

“We need to make people have food security. The idea of traditional crops such as maize should be forgotten completely,” he says, adding that due to climate change, rains will continue to be depressed. 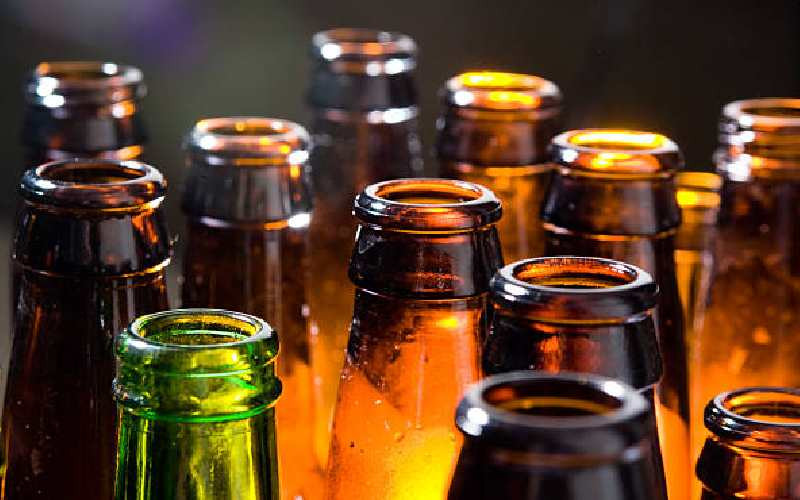 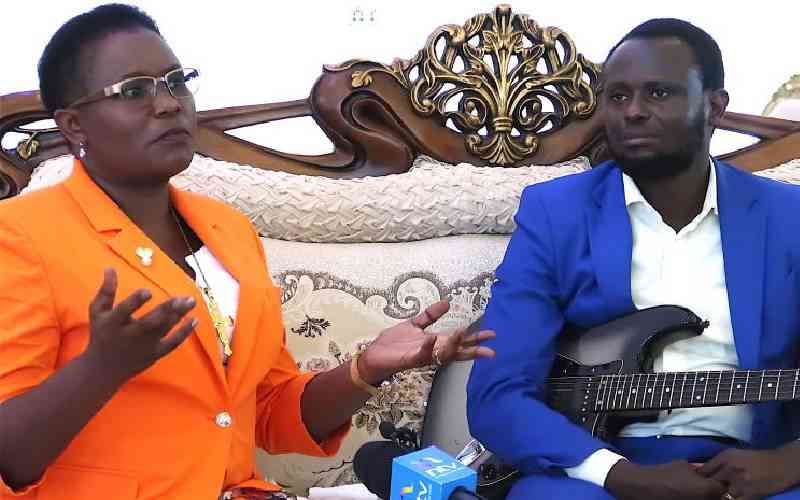 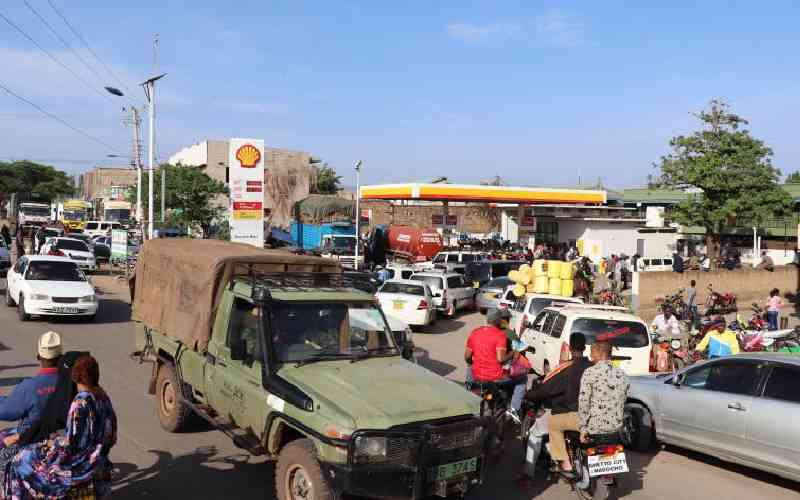 Huge tax credit boosts KenGen full-year profit by 157pc to Sh4.7b
Business
By Macharia Kamau
1 hour ago
SBM Bank records 30pc jump in loans and advances
Business
By Moses Omusolo
1 hour ago
Why fire risk assessment is key when altering house design
Real Estate
By James Wanzala
1 hour ago
Pension industry executives root for a national Reit to fund affordable housing
Real Estate
By Graham Kajilwa
1 hour ago
How growing plants on buildings is good for your health
Real Estate
By The Conversation
1 hour ago
.