If there was a time we needed to talk to each other, this is it

Thank God it is Friday!

That must have been the sigh of relief for many Kenyans who woke up to a relatively peaceful and calm Friday morning, after the contentious Thursday repeat presidential elections.

Whereas it is often difficult to ascertain the efficacy of prayers, there is no doubt that God heard our prayers and took us over that election hurdle. Unfortunately, the same cannot be said about some parts of the country where there have been run-ins with the police. Several lives have been lost, many people injured, and property destroyed.

We are not out of the woods yet. We have an extremely divided nation, with increasingly hardening political positions.

How it will all end, only God knows. But, there is still hope of forestalling this slide into oblivion, if only we can stop and return to reason.

Over the last several weeks, many individuals, groups and organisations have called for dialogue. Though it has been variously interpreted, a national dialogue is not anathema. If taken soberly, national conversations have served as excellent tools for sober discourse in times of crisis or transition.

It not only provides opportunity for harnessing citizens’ views on how to tackle critical issues, but can also act as a natural vent for pent up emotions – fear, anger, frustration, etc – that threaten to undermine national cohesion.

Such a conversation should be an all-inclusive affair bringing together government, political, business, and religious leaders to deliberate on what is actually eating us up as a nation.

Amazingly, one nation that has consistently and effectively used national dialogues is Trinidad and Tobago. In April 2014, the then Prime Minister Kamla Persad-Bissessar launched a national conversation, to offer citizens a variety of fora to bring concerns and ideas to the State.

Launching the discussions, the Prime Minister declared, “The national conversation is based on the government’s understanding that for it to succeed, the citizens must be able to speak their minds, share their thoughts on policies and day-to-day governance, and feel confident that their views are being heard.” She set the nation on a strong path to cohesion and tackled various critical issues.

When the new Prime Minister, Dr Keith Rowley took over leadership, he too launched a series of national conversations. The first was in February 2017, at a time when the country was being strangled by a tidal wave of crime and general lawlessness, which the police seemed incapable of stemming.

Dr Rowley announced yet another dialogue in August this year, to outline “the state of affairs, the nation’s finances, and other challenges the government faces; what the plans are going forward, what we see as the solutions, and what we want the population to share with us.” Such open forums have become the Trinidad government’s way of connecting with its citizens.

Likewise, in 2015, Wales commissioned a national conversation on “The Wales We Want”, with the aim of hearing what citizens consider most important for improving their lives and those of their families and communities. This resulted in the Well-being of Future Generations Act 2015, which requires Public Services Boards to publish a local assessment of economic, social, environmental and cultural well-being of the people.

We too held a fairly successful national dialogue on “The Kenya We Want” in 2009, which gave birth to Vision 2030.

If there was a time we needed national dialogue, it is now. The incessant fights and battles surrounding our elections since 1992 require sober and truthful conversation. The fact that this malady has remained despite changes in regimes could be a pointer to the fact that we have never truly addressed the real issues.

Thus, if we remove the political theatrics and shunt the partisan imbroglio playing out before us, we can actually craft a great national conversation around key issues that trouble the hearts and minds of ordinary Kenyans.

Otherwise the route we have taken will sooner than later take us to the abyss.

Few of us seem to realise that with our own hands and with our own words, we can plunge this nation into total destruction. Our leaders likewise appear oblivious to the fact that, with their brinkmanship, Kenya can be no more.

Somalia was once a vibrant nation just like ours. But because of clan wars, it fell apart and has remained in ruins for close to thirty years. Like Humpty Dumpty, no glue has been found to put it back together. We are no better, and we can easily go the same way.

- The choice is ours – to return to reason and build our nation or fight and destroy it.

By David Oginde Nov. 27, 2022
David Oginde
Premium Widen the tax base but sealing the leaks is a greater strategy 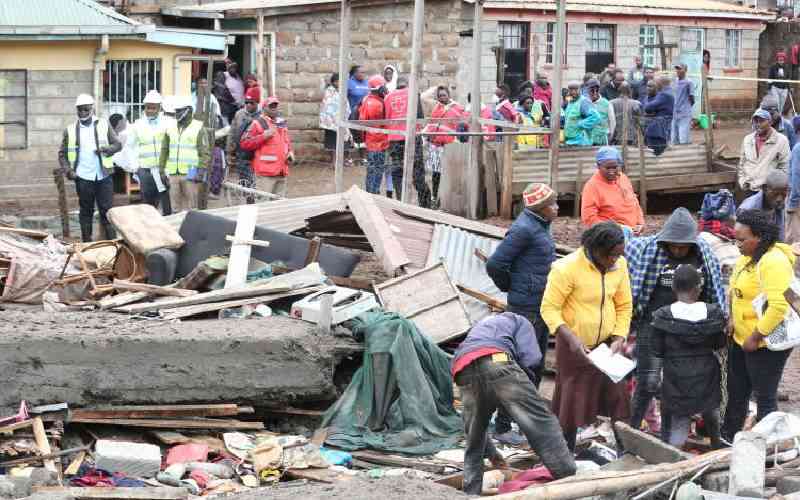 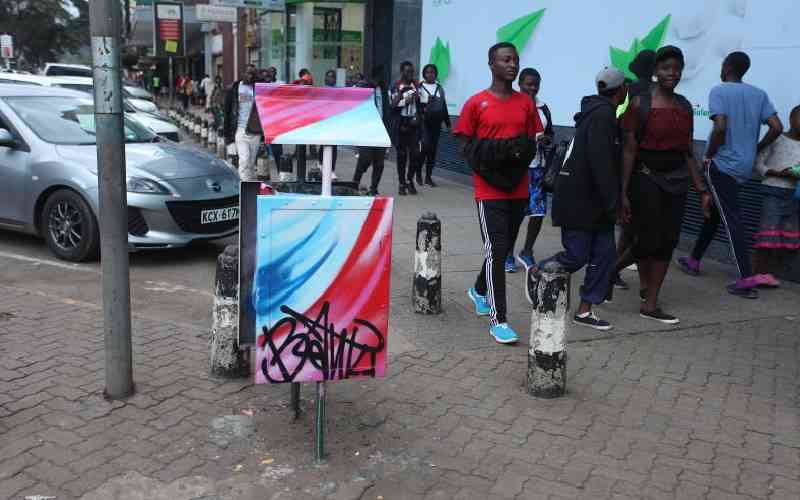 By David Oginde Nov. 06, 2022
David Oginde
Premium Roadside declarations best left in the dustbins lest they haunt you
.