Emotions ran high as family and friends held a night vigil for 38-year-old Caroline Wanjiku Maina, a Nairobi businesswoman who went missing and her body later found in Kajiado.

The vigil took place at a hotel in Embu town where Caroline used to work before moving to Nairobi.

Friends described Carol as a woman of substance who would go to any length to ensure her close associates were happy.

Her sister Pauline Muthoni said, “I have lost more of a mother than a sister. When we lost our big brother and my mother went to the rural home, it is Carol who took care of me in my teenage years.”

Muthoni further recalled how her sister brought her to Embu and helped her secure a job.

“She was jovial, bubbly, courageous and ambitious. I can’t imagine all that has been cut short…”

She went on, “Pray that God gives you true friends as my sister died in the hands of people she thought were her best friends.” 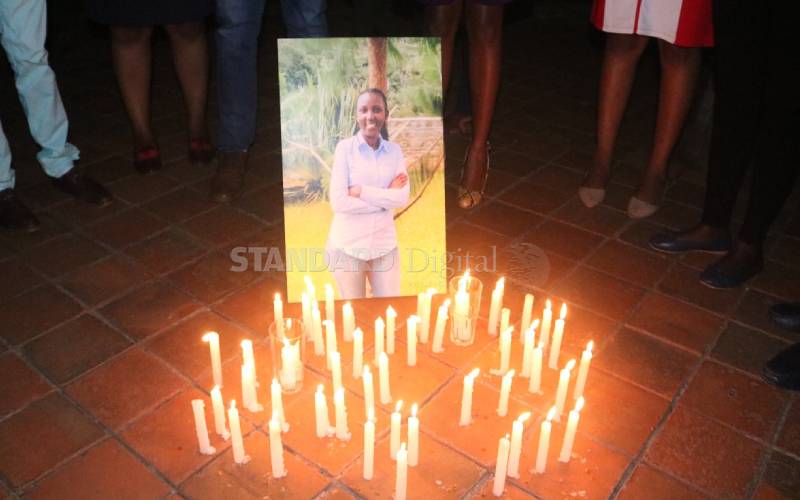 "I wish they spared her life and asked for a ransom, I would have done anything within my power to save my sister’s life.”

Sophia Ali one of her friends broke down as she narrated how she went abroad and left a nine-month-old baby under Carol’s care.

When she returned two years later her baby was well.

“Since 2015 when I knew Carol I considered myself a great businesswoman because I had a mentor. Everything seemed to be perfect in her life,” said Sheila Oseko.

Maggie Bosire said she had known Carol for more than 10 years. “She was an aunt to my children and a dear sister to me. Sincere condolences to the boys and let us support them as they are too young to lose a mother”.

Josiah Karanja who chaired the Embu committee described Carol as the best marketer he ever came across in his profession.

He said the funds collected would start a trust fund that will ensure the two boys live a comfortable life.

“She had a good heart and would take care of my children even when I was down financially. I felt my children were safe with Carol with or without money,” said Agnes Wanjiru, a nominated MCA in Embu.

Carol will be buried at Kangari in Murang'a county. 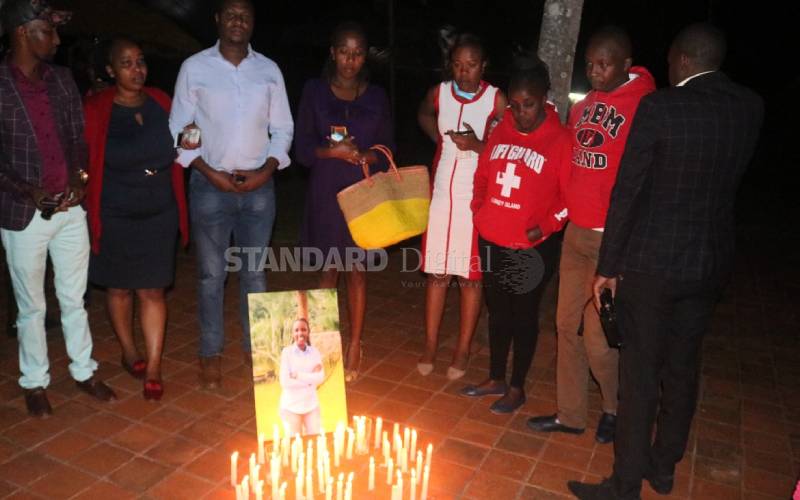 An autopsy showed she died of head injuries inflicted with a blunt object.

The investigations into the murder have also fanned out of Nairobi to Embu where one of the suspects works.

Officials from the Embu county government will be required to help investigators to find out whether Carol did any business with the county.

The probe team will also seek information from a bank in Embu after it emerged that she received Sh2 million from a financial institution.

From the County Government and the Embu bank, the DCI will be investigating the money trail.

At the same time, the investigators want to establish details of a senior county officer and their dealings with Carol.

Investigations have linked the death to a threatening text message sent to her phone.