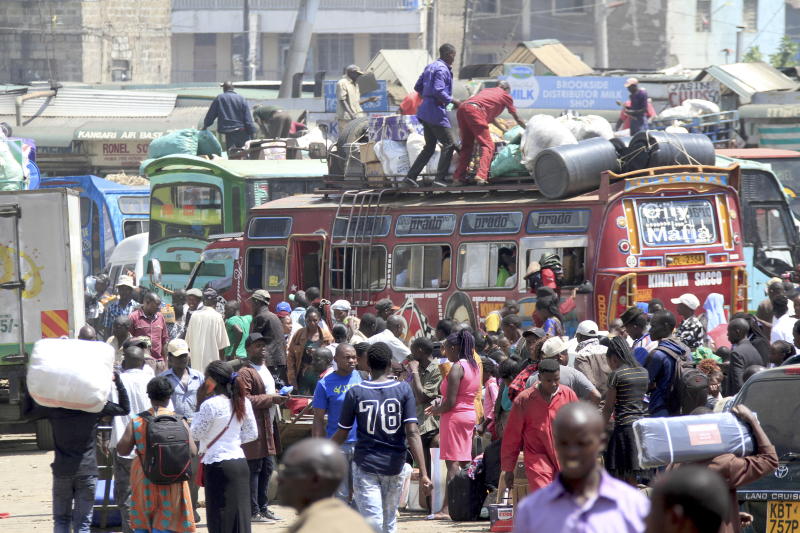 For a long time, commuters have suffered at the hands of merciless matatu crews who charge exorbitant fares.

On many routes, fares are hiked on reasons as flimsy as change of weather, forcing commuters to spend more than what they intended to.

On some routes like Nairobi’s Ongata Rongai, commuters pay up to between Sh100 and Sh300 for a 20-kilometre trip. Yet, a trip from Nairobi to Nakuru, some 150 kilometers away, costs roughly Sh300.

In light of this, transporters and commuters are looking into the possibility of regulating the amount of money matatu operators can legally charge for their services.

And when there are operations such as the one witnessed in November last year during the enforcement of Michuki rules, commuters suffer the most.

There might, however, be some light at the end of the tunnel. The National Transport and Safety Authority (NTSA) says it is looking into exploitation of commuters by Public Service Vehicle (PSV) operators who increase fares.

The regulation, he said, might involve boda bodas as well.

NTSA is working on a legal framework to make fare regulation a reality.

And in a bid to save Nairobians from exploitation, the county government plans to start approving and regulating matatu fares if proposals to amend the transport by-laws are adopted.

The Transport Bill requires matatu operators to issue a 30-day notice to the Executive in charge of transport for review of fares upwards.

“All charges made or demanded for the transportation of the passengers or property... shall be just and reasonable and not more than allowed by law or order of the county executive in charge of transport,” the Bill reads.

“No change shall be made in any rate, fare or charge which shall have been filed and published by a county transport service provider in compliance with this ACT, except after 30-day notice to the director.”

According to the World Journal of Science Research, on average, Nairobians spend 14 to 30 per cent of their income on transport just to get to work.

“It’s time the government acts on these matatu operators who are taking advantage of rain and traffic to exploit us. Are we to blame for traffic jams or rain?” lamented John Mutisya, a city commuter who is a shop attendant.

Interior Cabinet Secretary Fred Matiang’i instructed traffic police officers to randomly stop matatus and ask passengers the amount of money they have been charged for their commute and that those found to be charging more than the usual amount will lose their licences.

However, industry players like Matatu Welfare Association (MWA) say although regulation is a welcome idea, more needs to be done before it becomes a reality.

“You cannot control fares yet the prices of other things that make a vehicle move like tyres, spare parts are expensive. Spare parts are more expensive than fuel,” said Dickson Mbugua, MWA chairman.

Mbugua also argues that the matatu business is a private enterprise in a free market. Price control, he said, cannot technically happen.

“Commuters should forget about regulation, although there is need. I stay in Ongata Rongai and I know what commuters pay. The government should deploy a transport economist to do a research and come up with a fare rate that can be used as a benchmark, just like the Energy Regulatory Commission does,” suggested Mbugua.

The calls to regulate the fares are also supported by Matatu Owners Association (MOA) boss Simon Kimutai, who says some fare changes are done by conductors and drivers without the knowledge of matatu owners.

“It’s a good thing. Indeed there is need for that so long as they involve us in the process because there are a number of factors that should be factored in like Return On Investment (ROI),” Kimutai said.

Kenyans are also calling on Matiang’i to rein in on upcountry matatu and bus owners who charge exorbitant fares during Christmas seasons.

The matatus take advantage of the many passengers and few vehicles to set their own fares, leaving the passenger with no choice but to pay high fares to reach their destinations.