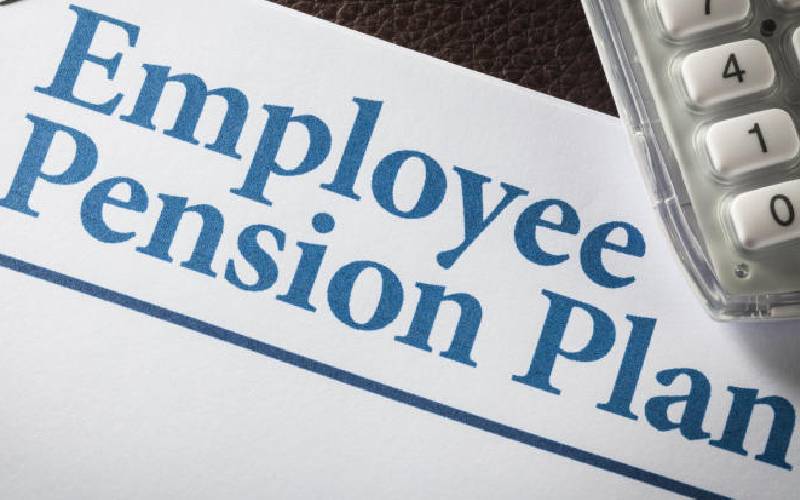 The Auditor-General has flagged about Sh1.58 billion that pensioners are at risk of losing at the National Social Security Fund (NSSF).

While refusing to give the NSSF’s financial statement a clean bill of health, Auditor General Nancy Gathungu said over Sh890 million had been invested in Imperial Bank and Chase Bank which collapsed.

Moreover, the pension fund was also fingered for not giving a convincing explanation on the accuracy cash and bank balance of Sh419 million.

Ms Gathungu also flagged Sh269.4 million that NSSF was supposed to pay out to members but overstayed in its books as payables and accruals.

“It was not clear why the returned benefits have been outstanding for a long time without being investigated or beneficiaries identified, paid and cleared from the system,” said Gathungu.

The audit was for the financial year ending June 2019. The Auditor-General also revisited NSSF’s controversial investments, including the Sh126 million land in Mavoko, the apartments in Kisumu’s Milimani area and the land in Tassia along Outer-ring Road in Nairobi.

NSSF’s four fund managers had also put Sh666.9 million in corporate bonds in Imperial Bank and Chase Bank, but the lenders went down with the money.

“In the circumstances, the realisation of the investment in corporate bonds amounting to Sh666.9 million invested by the fund managers could not be ascertained and members’ contributions are at risk of being lost,” noted the Auditor General.

NSSF’s total investment in corporate bonds was Sh7.8 billion. Another Sh223.1 billion was held in fixed deposit accounts at the two lenders. Initially, the pension fund had put Sh70 million and Sh259.5 million in Chase Bank and Imperial Bank respectively.

These investments were to mature between December 2015 and May 2016, respectively. “This, however, and as previously reported, did not materialise since both Chase Bank and Imperial Bank were placed under statutory management by the Central Bank of Kenya,” said Gathungu.

Ms Gathungu also questioned how Sh373 million left the clearing accounts where employers contributions are put to the member’s accounts for benefits payment. “Management has not provided explanations for failure to reconcile and post the amounts to the respective member’s accounts,” said Gathungu.

Ms Gathungu revisited the irregular disposal of undeveloped land in Mavoko in which the NSSF sold to AMS Properties at Sh126 million on November 21, 2011. But a decade later, NSSF has only been paid Sh12.6 million or 10 per cent of the value of the property by AMS Properties. The balance of Sh113.4 million was to be paid within three months.

Gathungu said that the contract has not been terminated by NSSF management since the delay in completing the conveyance process was caused by a dispute over the physical location of the plot involving the fund and other parties who claimed ownership documents of the land.

“The fund management has adequately explained why it has taken a long to resolve the disputes on the plot and what legal action has been taken to resolve the matter.” Other properties in dispute include Tassia I and Tasia II which the Fund bought for Sh2.2 billion.

By Brian Ngugi 47 minutes ago
Business
SMEs to access up to Sh2.5m Hustler Fund loans this month