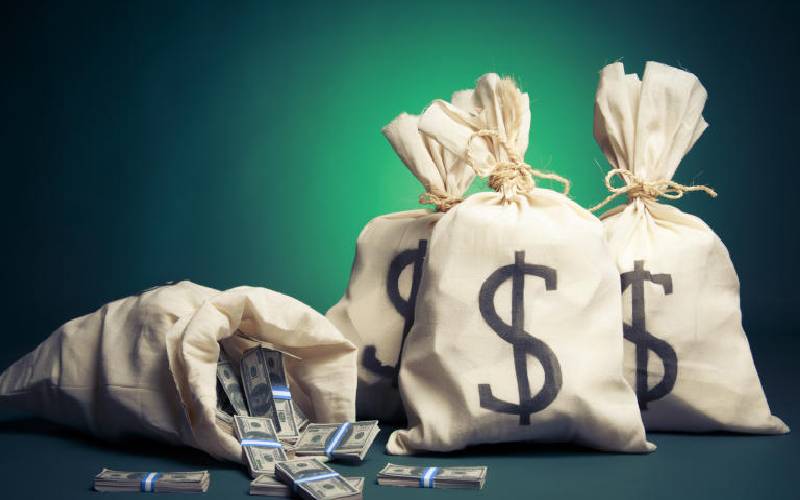 As Kenyans grappled with the dark cloud of Covid-19, directors and some senior managers of Kenya’s largest banks were amassing fortunes.

Analysis of the directors' fees and salaries for top bosses of four of the largest banks show that the bosses rewarded themselves handsomely last year even as bank profitability declined.

End-of-year disclosures by KCB, Equity, Absa and Co-operative banks show that the emoluments for all the non-executive directors of the four listed lenders increased last year compared to 2019.

The take-home for both executive and non-executive directors at Equity almost doubled from Sh182.7 million to Sh348.9 million last year after its Chief Executive James Mwangi received a one-off gratuity of Sh194.6 million.

The gratuity was given instead of pension.

Banks might have started to swim out of the Covid-19 storms, with many recording an increase in net profits in the first quarter of 2021.

“The decrease in profitability in 2020 is attributed to a higher growth in total expenses by 22.6 per cent as compared to the increase in total income by 7.6 per cent,” read a report from the banking industry regulator.

Whereas earnings by the directors of Co-operative Bank declined, the lender spent more on its top leadership in 2020 compared to the previous year.

The directors and senior managers cost the bank Sh1.9 billion, an increase of 46 per cent from Sh1.3 billion.

Mr Muriuki’s earnings were, however, a reduction from Sh384.4 million that he got in 2019.

Mr Oigara and Chief Financial Officer Lawrence Kimathi did not get allowances, a situation that saw their take-home pay reduce significantly.

Absa Kenya’s directors and top management also took home less in a year that saw a surge in loan impairments eat into the listed lender’s profitability as the South-African owned lender put aside billions as insurance against possible defaults.

The directors received Sh139.4 million in 2020, a drop from Sh170.1 million that the CEO, Jeremy Awori, and his Chief Financial Officer (Yusuf Omari) received.

Awori took home Sh93.2 million in salaries and sitting allowance in 2020 compared to Sh115.5 million that he got the previous year.

Non-executive directors of all four banks received more in sitting allowances last year, a period when most board meetings were expected to be held virtually as a way to curb the spread of the coronavirus disease.

This is despite the gloomy economic conditions occasioned by the pandemic that saw nearly all the top banks record a drop in profitability.

Salaries and allowances for bank directors and senior managers increased last year despite the Covid-19 pandemic that saw most of the lenders record lower profit.

Beekeepers will need certificates in the proposed new tough rules

It will be illegal to keep bees for commercial purposes unless in an apiary if a government-backed Bill is passed by Parliament.