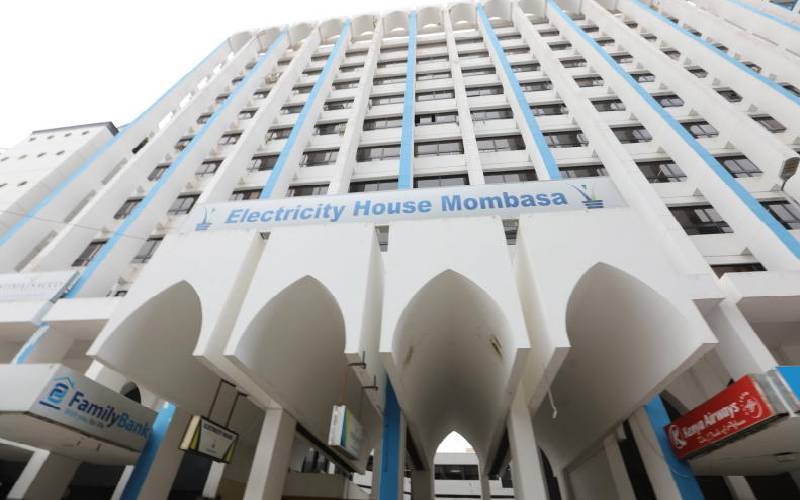 The resignation of five directors from cash-strapped Kenya Power (KP) has raised eyebrows, even as the State downplays the exits.

Insiders at the power distributor told The Standard the walkout was precipitated by a fall-out between the non-executive members of the board and their government counterparts.

The Ministry of Energy has denied these claims.

The resignations are expected to affect operations at the loss-making power utility.

Khawaja has also retired as a non-executive director at the KCB Group and KCB Bank Ltd, a position he had occupied for eight years from 2012.

“The company would like to sincerely thank the directors for their commitment and dedicated service, and wishes them the best in their future endeavours,” said KP’s board in a statement.

This leaves the company with seven directors.

However, a source from the Energy ministry told The Standard the exit of the five directors was decided at a special Annual General Meeting (AGM) in December last year as their two-year term had come to an end.

The lack of a substantive auditor general had delayed their exit, said the source.

However, another source with knowledge of the events said the directors had clashed with their government peers on a number of issues, including the reluctance by the State to review tariffs, which would have seen the power distributor earn more money from the sale of electricity.

This comes on the back of payments to KenGen, a power producer, being reviewed upwards, squeezing KP’s profit margins.

There are claims that those who left had been locked out of many decisions at the firm, including the appointment of the new management team after the arrest of the company’s top executives in 2018.

Kokoi, one of the directors that resigned, however said they had a cordial working relationship with the management.

“We are the ones who appointed the MD and general manager and helped the company to stabilise. We have decided to let others take over,” she said, adding that she resigned on her own volition after her term came to an end.

There are also claims that the government, a major consumer of power, was not been paying its debts, a situation that has affected KP’s bottom line.

The utility firm has in recent times sunk into a financial hole, and issued a profit warning in anticipation of a decline in earnings of at least 25 per cent.

A 25 per cent drop in profit would mean it will make a net profit of less than Sh196.5 million this year, or worse, it could slide into a loss.

In June 2019, the power distributor posted Sh262 million in profit after tax, a significant drop from Sh3.27 billion in the year ending June 2018.

Energy Cabinet Secretary Charles Keter told The Standard in a past interview that the firm had to spend more money this year equipping its employees with proper equipment to enable them to respond to emergencies in the midst of a pandemic.

In response to queries from the Senate Committee on Energy on the impact of the coronavirus disease on the power firm, Keter said: “The Covid-19 pandemic has significantly and adversely impacted the business operations of the company, with the impact recorded in the last quarter. Widespread interruption of commercial and industrial operations, including the closure of small and medium enterprises, has had an immediate impact on electricity consumption.

The CS estimated that customer defaults on payment of monthly electricity bills had reached 8.7 per cent, resulting in reduced revenue.

“Customers defaulted on their monthly bills given their deteriorated socio-economic environment, and this reduced and restricted revenue collection by the company,” Keter said.

By Kamau Muthoni 1 day ago
Business
Premium You can now sue Kenya Power if it disconnects your supply, court rules