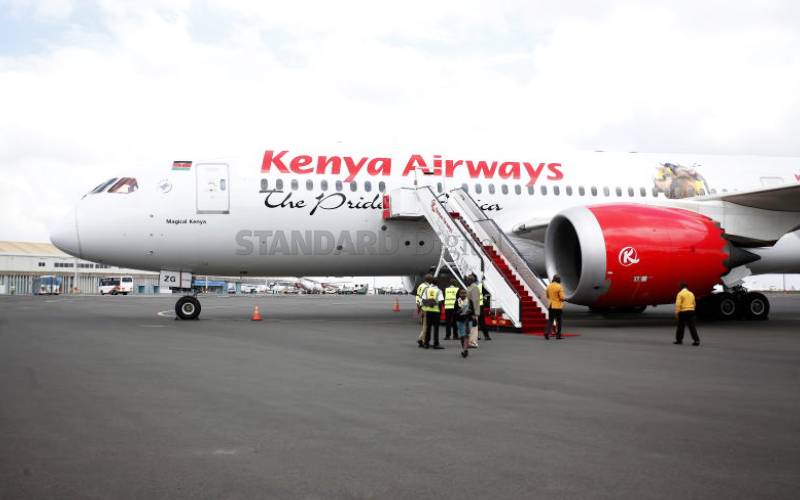 Kenya’s economy stands to lose more than 30,000 jobs as well as billions of shillings in revenue, as the coronavirus pandemic attacks the aviation industry.

In response to the escalating crisis, the International Air Transport Association (Iata) has asked Kenya and other African governments to urgently support airlines or risk the worst for their economies.

“Airlines are fighting for survival. Many routes have been suspended in Africa and Middle East, and airlines have seen demand fall by as much as 60 per cent on remaining ones. Millions of jobs are at stake,” Mr Juniac said in a statement on Thursday.

“Airlines need urgent government action if they are to emerge from this in a fit state to help the world recover once Covid-19 is beaten.”

For Kenya, Iata said short-term disruptions from Covid-19 could cut passenger volumes by as much as 622,000 and $125 million (Sh13.2 billion) loss in base revenues.

“The disruptions to air travel could also put at risk more than 36,800 jobs in the country. If the situation spreads further, approximately 1.6 million passengers and $320 million (Sh33.9 billion) of revenue can be lost,” said Juniac.

Kenya Airways has already issued severe cost reduction measures, which include drastic pay cuts, in the wake of suspended flights.

The national carrier announced on Saturday that the chief executive would take an 80 per cent pay cut while other executives would give up three quarters of their salaries.

Other employees will work on a mix of salary cuts and unpaid days from April 1, until the airline returns to profitability.

Other countries at the mercy of the coronavirus pandemic include South Africa, which could lose six million passengers and $1.2 billion (Sh127.8 billion) in revenue.

However, the association noted that things have not been looking good for the industry since January, as thousands of passenger flights have been cancelled.

“This is expected to?increase exponentially?with the implementation of additional measures in?different countries,” warned the aviation agency.

It said international bookings on the continent were down by around 20 per cent in March, while domestic bookings have fallen by about 15 per cent over the same period - and expected to fall by another 25 per cent in April.

By Entrepreneur.com | 14 hours ago

Financial discipline: Educate children when they are young

Bonds boost NSE as investors shy away from equities
Feedback