In doing so, the Ethiopian city has further entrenched its prestige as Africa’s political capital. Besides, the system has created thousands of jobs for Addis youth, eased congestion in the city, scored big on image terms and saved the city of thousands of man-hours wasted in traffic jams.

But while Addis leaps into the future, what are we doing in Nairobi County? How is the region’s business and political hub, a prominent social centre responding to modern population surge and attendant challenges? Nairobi is talking. Nairobi is limping. Nairobi is dying. For the umpteenth time, we are launching our master-plan as residents suffocate under the weight of ballooning population, growing inequality and diminishing space.

Let’s take our public transport system as an example. We have experimented with many forms of mass transport within the city from the days of OTC, Nyayo Bus, Kenya Bus, Stage Coach and their variations. Kenyans will agree that despite their problems, those systems were better than what we have presently.

Supplemented by the train system, the buses served their purpose at the time by affording city residents fairly comfortable transport. The modern crop of young Nairobians would find it absurd if they were told that there were times you could stand at a bus stop and time yourself on the next bus. They would find it ridiculous that buses would only stop at designated stops and that school children were not charged fare.

They would find it laughable that there were times all passengers in a train had seats and passengers didn’t have to sit on top of the wagons or hang on perilously by the doors. Yet, these are the ideals upon which a mature society thrives on; concern for the weak and vulnerable, value for money, decency, integrity and reliability of systems and order. You lose these, you lose the society.

The elder crop of Nairobians would agree that the moment we started losing order on our public transport system, we also started losing as a society. The rot started to permeate within the rank and file of our society as disorder, disrespect, chaos, corruption and deceit took the best of us.
To modern Nairobians, the present state of chaos in our public transport system - unpredictability, noise, arrogance, roughness and general disorder looks normal. And they are perfectly in order to assume so because that is how they have been ‘socialised’.

To those who have the exposure of outside world and those who grew up in those earlier days, however, there cannot be any excuse. They understand that we all have a duty to restore the city’s diminishing grandeur and push it to the next level. Nairobi not only deserves the best transport system owing to its financial, political and diplomatic hub status, but also because of its resilient and hardworking people. They want to be facilitated to move around faster with comfort and respect.

It is also a fact that Nairobi can afford the best for its people and visitors alike. The millions of shillings collected daily from its hardworking population, supplemented by the national government can work miracles for the city if those who run it set their minds to it. Nairobians have been committed to a million deals which promised them an integrated public transport. Their hopes are raised every time they read in newspapers of the next deal which never really picks up.

More often than not the deals end disastrously with the public most disappointed but with a few people laughing to the bank. In the new constitutional dispensation, Nairobians will no longer let promises pass like wind. They will enforce them.
All of us know what order is. We can recognise order when we see it. We know what is required to improve transport in the city and we know we can do it. Let us do it and free our people from the yoke of disorder.

More important however, let us remember restoration of order in public transport in the city is not a stand-alone victory, if we achieve it. It will have a multiplier effect on our psyche, our attitudes and our ethos as a people.

When Nairobians regain their dignity as human beings they will begin to respect authority and take it seriously. You will then see a more cooperative citizenry willing to take responsibility for their destiny to support their government to deliver. We can do it. 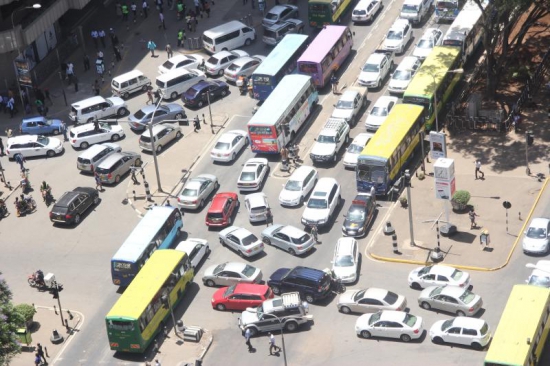 East African Court of Justice has dashed hopes of Ugandan traders to lock out South Sudan from the East African Community on the basis that itâ€™s unfit for membership.